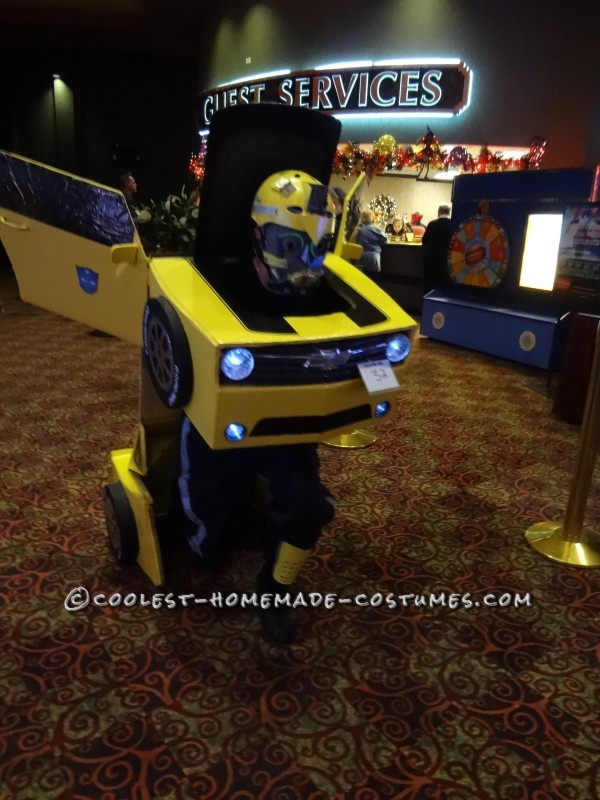 This was my wife’s idea for a costume for a contest that was going to happen at work.  after the idea was planted I then had to design the outfit to do and look like the real toy.  I had played with the toy and analyzed how each of the different pieces came together.  the toy was plastic and I only had cardboard to work with.  I had cut and pasted together three prototypes before I got to the shape and size that I wanted.  then I started on the actual costume itself, being more precise on the cuts and sizes to get just what I wanted.  the actual costume was now taking shape and we could add on from there the details to make it the best that it could be and look almost like the real thing.  once we had the main part of the costume complete, we then painted it which on cardboard the paint soaked right in and had to be covered with more paint many times over.  after the painting process we then proceeded with adding the stripes and all the other details.  the front grill came from a junk yard from an Chevrolet Impala which really gets the attention it seams.  I added the led lights which makes it look real and fog lights.  the costume also has rear tail lights which also light up.  the wheels are made from Styrofoam and the hubcaps are aluminum pans.  the mask is made from paper mache’  with more Styrofoam and metal from a cookie sheet.  I add spark plugs I had from doing a car repair and glued them into the foam. later I had added glow sticks to enhance the mask and helmet.  the front of the helmet has a transistor board in the front.  the reactions from the people has been fantastic and a lot of people don’t believe that I can actually get down and fit inside the car. 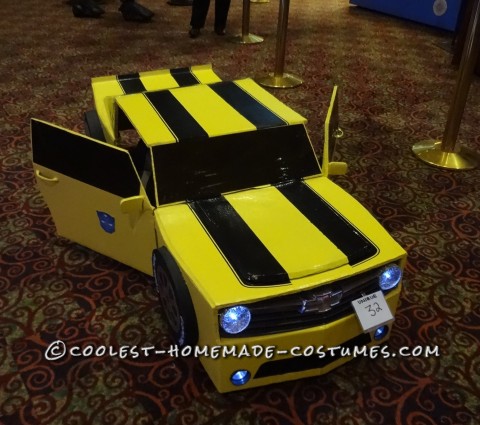 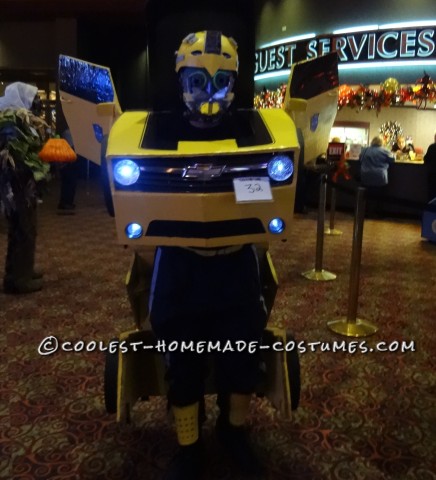