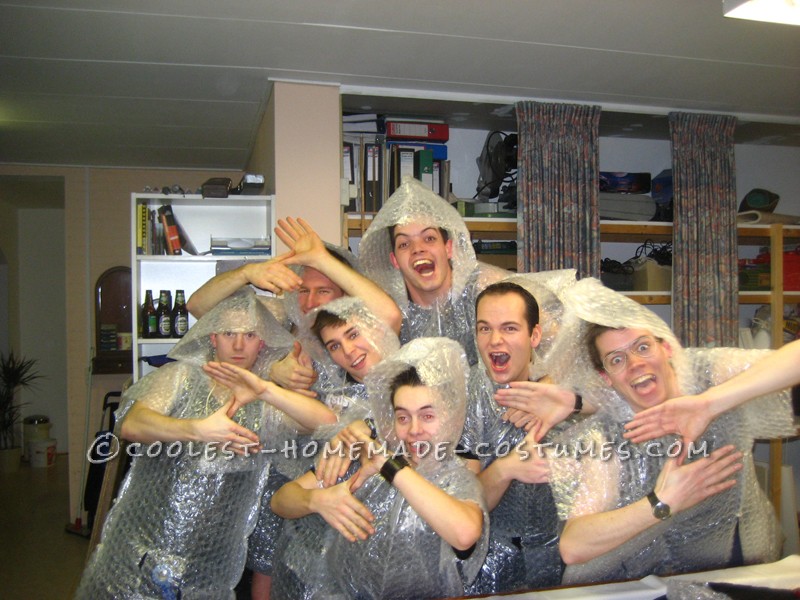 I come from Holland, or the Netherlands, whichever you prefer. We have a celebration each year called Carnival  Sadly enough it is not like the Carnival they celebrate in Brazil, where beautiful women dance around with nice revealing outfits. It’s too cold for that in Holland. Anyway, Carnival in Holland is just another excuse to get tipsy in bars and wear wicked costumes and act crazy for a week long.

Few years back my friends and I had a favorite movie we often watched, which was “Dude, where’s my car?” One of our favorite characters in that movie was the futuristic nerdy Zoltan cult. They had an awesome bubble wrapped outfit and a signature move was they put their thumbs together and form a “Z” and say Zoltan. The idea was born; we were going to Carnival as a group of Zoltan followers.

The outfit is quite simple to make. You just buy a roll of bubble wrap plastic, and created an outfit out of it. None of us had any talent in tailoring so it is not too hard to figure out how to create it. Just take a long piece. Cut out a hole in the middle where your head fits through. Put it on, close it with staples. Create a hoody if you want and also attach that with staples to the suit and there you go. You can now worship the leader Zoltan! The Zoltan clan use black cloth underneath it, preferably shorts and t-shirts without sleeves. Just a practical tip for the lads, cut out a pee hole so you don’t need to get in and out of the suit during toilet breaks.

It has proven to be a great outfit. It is beer proof, wind proof, people cannot stop touching you, because of the bubble wrap plastic. It gives people the uncontrollable urge to pop a few bubbles. Not a lot of people know the Zoltan clan since not everyone has seen the movie. But the people who have seen it will salute you with the Zoltan greet and a big smile on their faces. 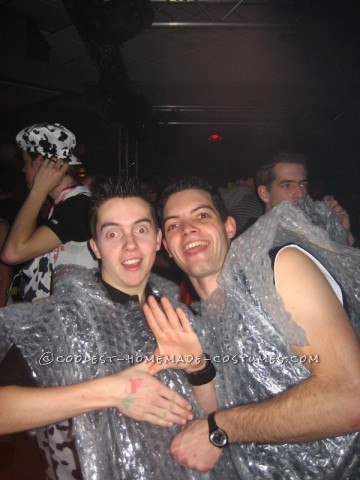 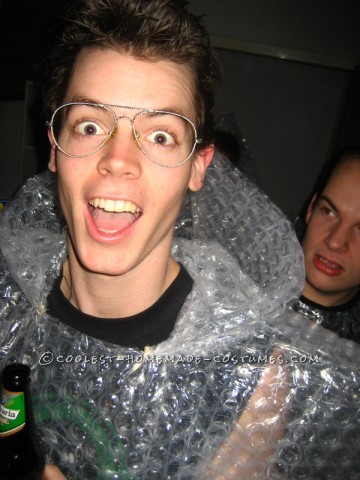 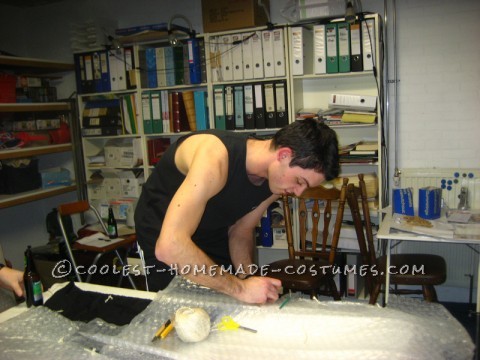