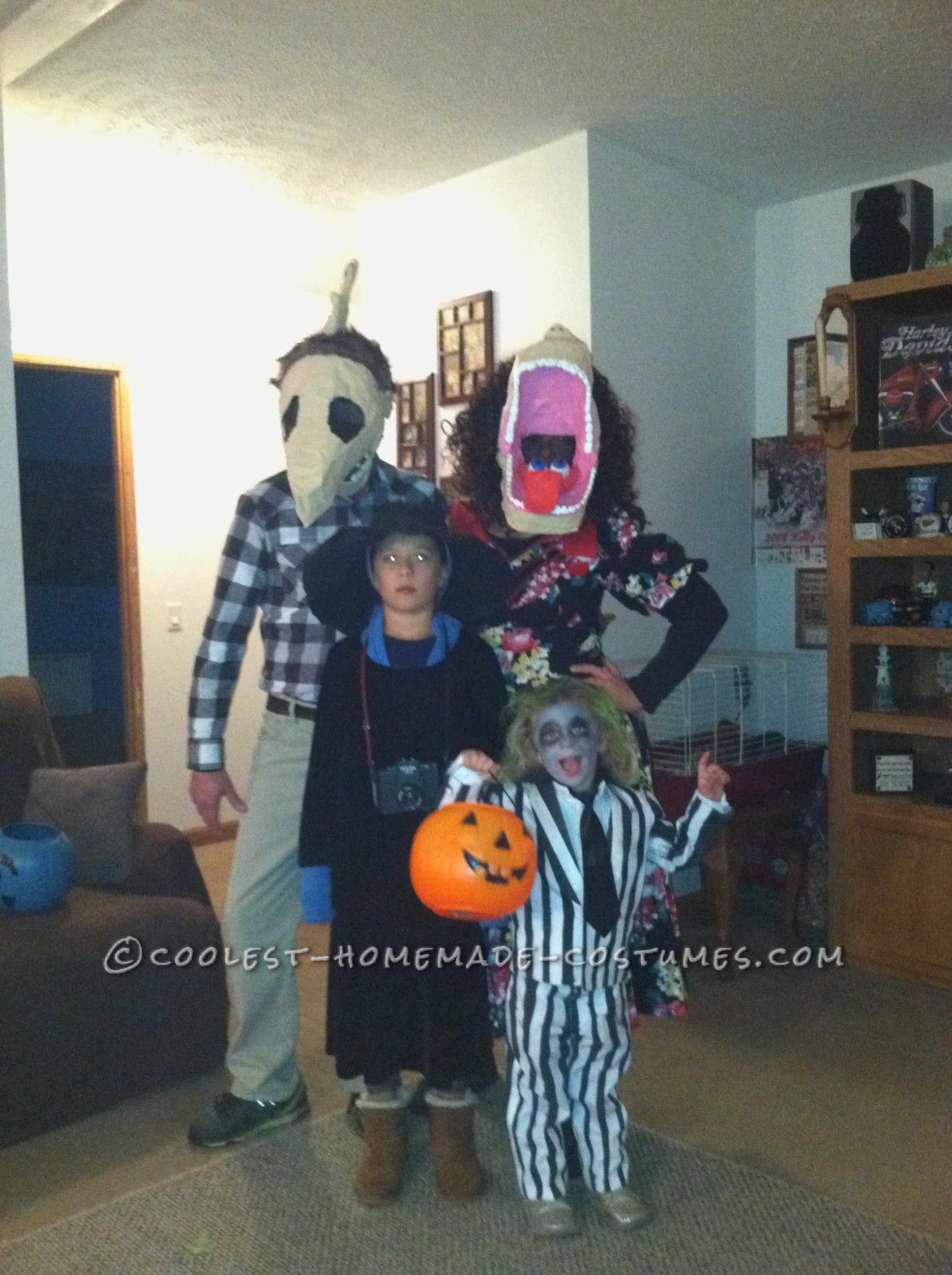 My oldest daugher chose our costumes this year.

She decided she wanted us to dress up at “Beetlejuice” she wanted to be Lydia, sister would be Beetlejuice because she has crazy hair. My husband and I would be Adam and Barbara Maitland. We chose the “crazy” version of them.

Lydia’s costume was all found at the local thrift store. The hat was a sun hat and I ran wire through the bill so it would stand up.

Beetlejuice’s costume was a white tuxedo that I took masking tape too and merely spray painted it. Found the suite on ebay for $7.

Barbara’s dress was also a ebay purchase. The mask frame is two old wire hangers, the sides are cardboard stuffed with newspaper and I used masking tape to hold it down. Paper mache was used to hold it all together with a glue mixture added. Acrylic paint was used. Ping pong balls for the eyes. The detailing for the eyes and the teeth are clay.  I made the tongue from paper mache and then modge podge it to give it a glossy look. An old knee high was hot glued in the mouth so you couldn’t see my face.

Adam’s mask is an old bicyle helmet with newspaper and cardboard taped to it. Again used paper mache. Acrylic paint, clay for the teeth and the remaining pieces of the knee high were used in the eyes.

I painted an old book. Printed the cover of the book from my printer and modge podge it into the front of the book

Everyone that knew who we were loved these costumes. My girls got extra candy and we even got stopped for pictures.

The masks took about a month to start and complete. 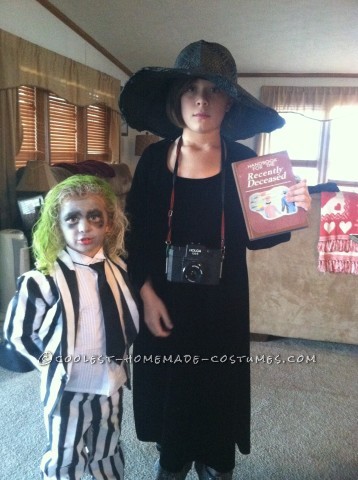 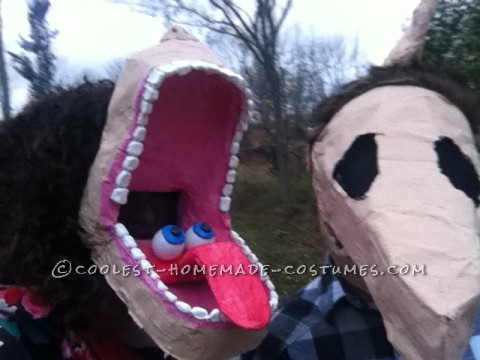 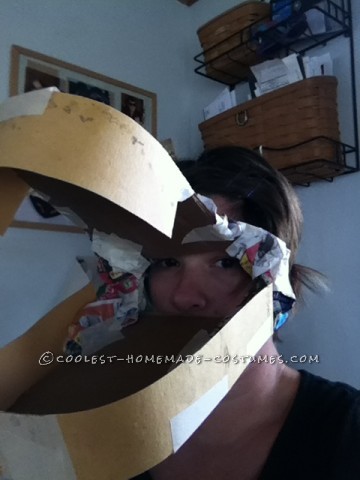 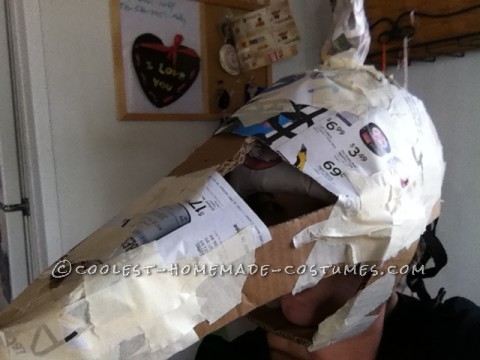 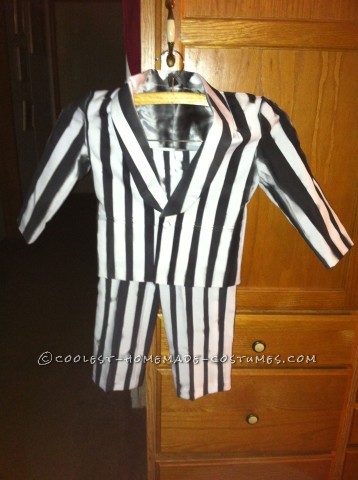 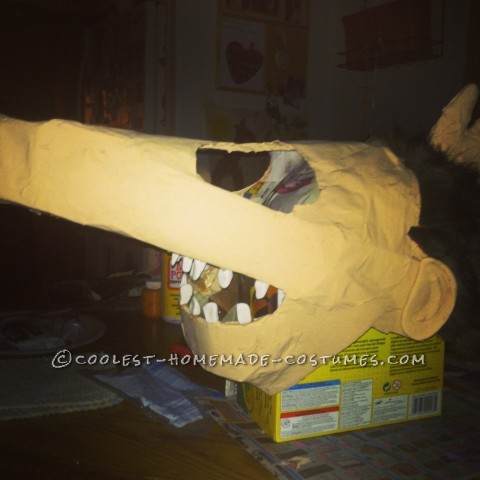