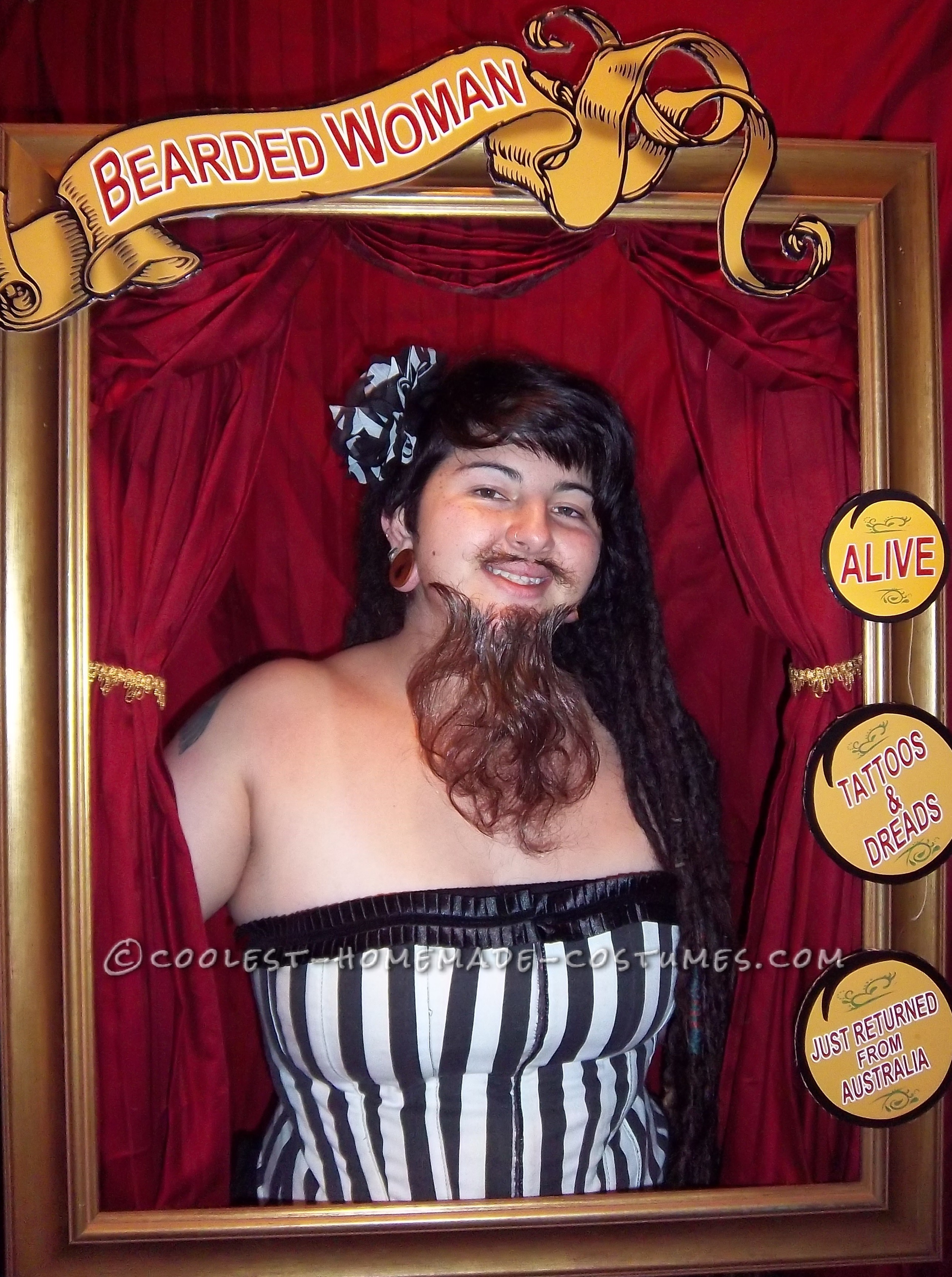 I had a dream in July that women could grew beards too, they just chose not too, and that it was becoming popular for women to grow beards. In my dream I grew an awesome beard, one that most men would be jealous of. When I woke up, I immediately decided I was going to have a beard, for Halloween that is. Hours of research brought me to the circus performers of the late 1800’s, and my Halloween costume was on its way!

One morning of garage saleing and I had found all the parts for my costume. I found a size 4 (5 sizes too small) pink corset, a striped table cloth, black skirt, boots, red curtains and a picture frame. I spent countless hours sewing the tablecloth to the corset, making it fit, and hand sewing around the eyelets. I had my dad Photoshop and print out the banners and I glued them to cardboard and cut them out by hand. More hours spent on gathering and pleating the skirt in the front so that it would show off my striped table cloth skirt underneath, a full day spent on getting the “miniature marionette stage” frame and banner to look just right. I had to alter everything; even the boots had to be opened up by three inches for my abnormally large calves.

I had completely forgot about trying out the beard, and ended up getting it right on the first try an hour before we had to leave for the Halloween party. I hadn’t told anyone at the party what I was going as; they were all very surprised, and a little creeped out at the costume, mainly the beard. Not only did I win the costume contest for the night, but the voting was unanimous. This has been the best Halloween ever! 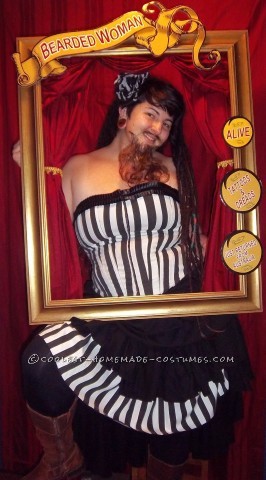 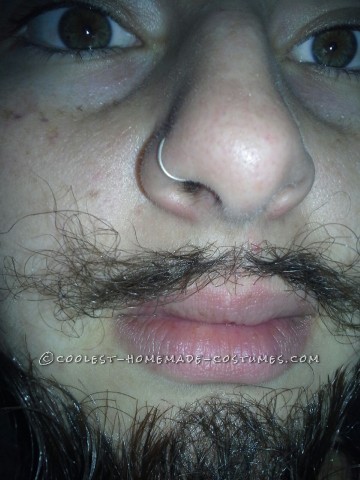 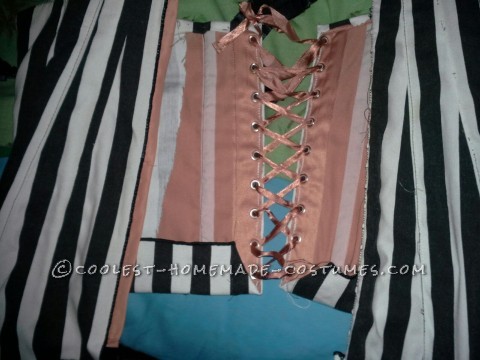 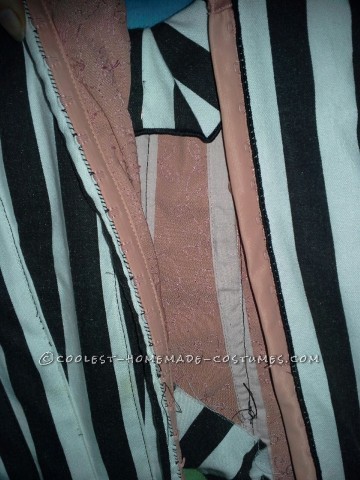 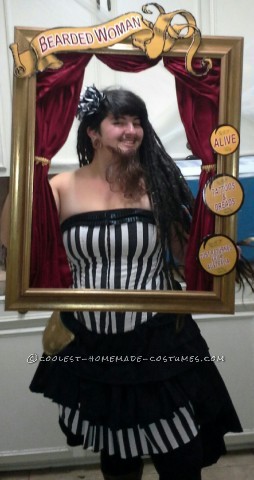 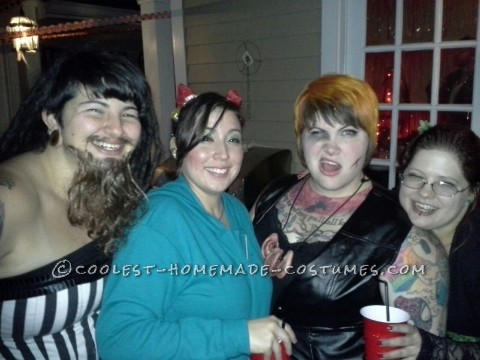