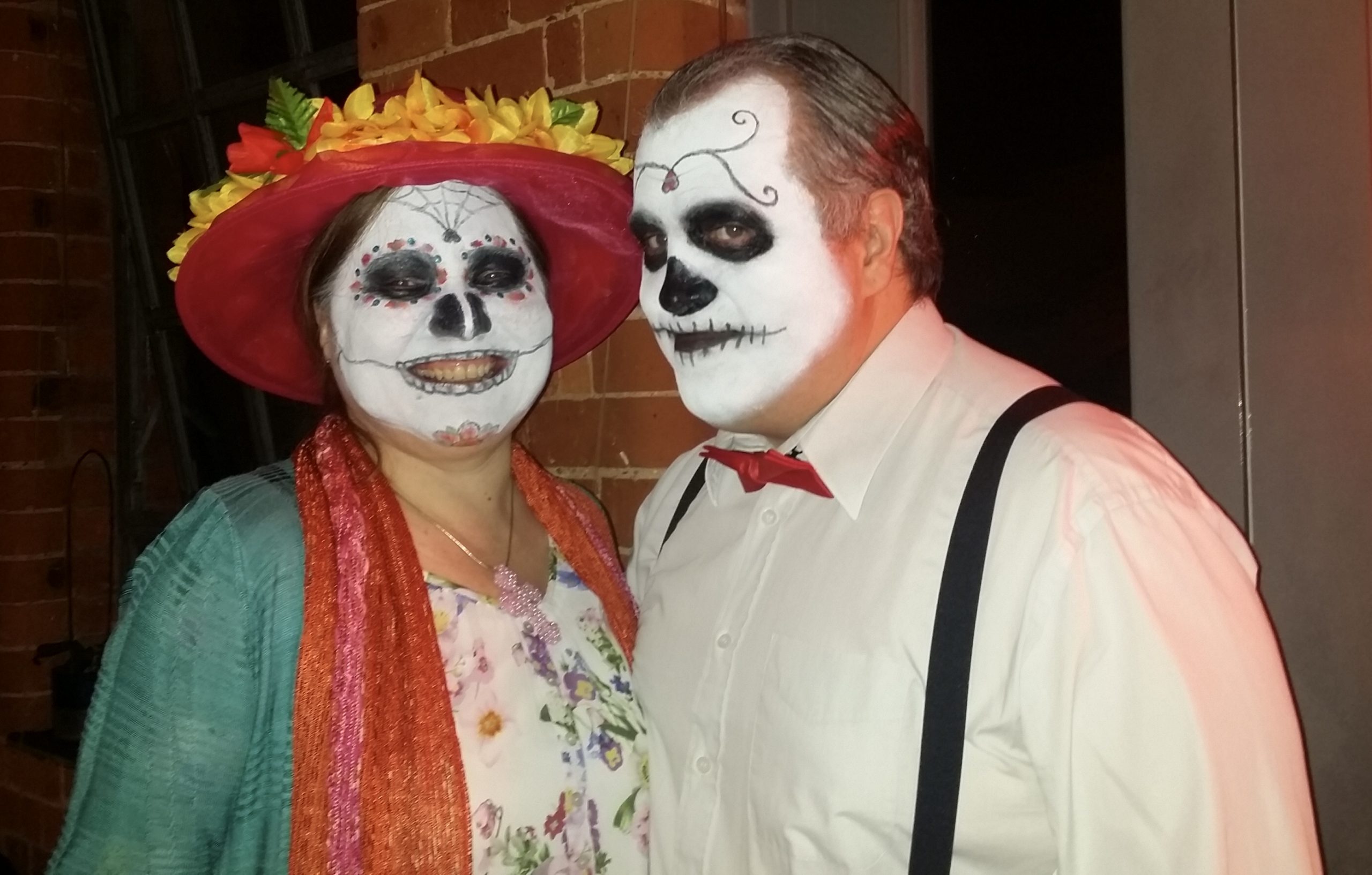 I wanted to wear something a bit more colourful than the usual Halloween costumes here in the UK (skeletons, witches and ghosts etcetera) and was fascinated by the “Day of the Dead” celebrations in Mexico, especially the vibrant costumes.

I did a bit of research and decided to use my grandma (who had died a couple of years previously) as inspiration. She was a real character, with vibrant red hair and a love for her garden, so I wore a floral blouse and dug out a pink hat and scarf with orange accents (which I’d worn to a wedding many moons ago) and contrasted them with a turquoise cardigan and skirt that used to belong to my mother (her favourite colour!) tied some orange and pink scarves around my waist and popped on some fancy pink shoes. To top it off I used a bright yellow lei garland (from a trip to Hawaii) to adorn the hat and a pink bead cross I’d made for a keyring which I threaded onto a silver necklace chain.

My boyfriend was more restrained (to be honest he has a limited palette in his wardrobe) and wore a white shirt with black trousers and black braces. To add a splash of colour he wore a red bow tie, which had been bought for the groomsmen to wear at a friend’s wedding.
We completed our looks with “sugar skull” inspired makeup. I had a pot of white stage makeup for the base and black face paint for the eyes and noses. The details were drawn in with liquid eyeliner and/or kohl and the pinks were lipstick, blusher and eye makeup. The turquoise stick on jewels were leftover from another project – they were originally sold as mobile phone adornments.

Mine was certainly the most colourful of the costumes at the party and one of the most creative, as most people had bought off-the-shelf costumes or just had masks/small accessories. The hostess commented that she was glad to see we’d put the effort in with our outfits!