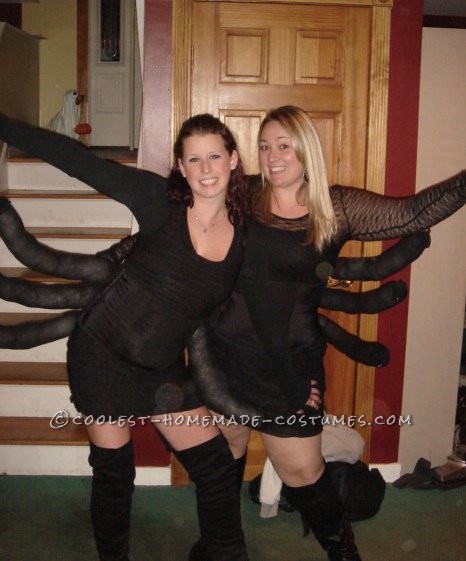 Last Halloween my un-creative friend could not come up with anything to be for Halloween. She did not like any costumes she found and is not the type to make her own. She finally decided she wanted to be a spider but could not find any spider costumes anywhere. So I told her we could … Read more 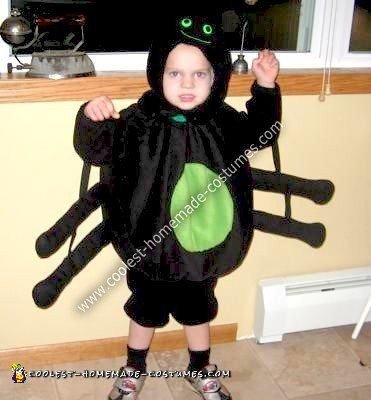 Our 3 year old grandson is first realizing what Halloween is all about. He decided he wanted to be a spider. I had seen one with green eyes and thought it made the costume more spooky. I found an old pumpkin costume and adapted that to be the body of the Homemade Spider Boy Costume. … Read more 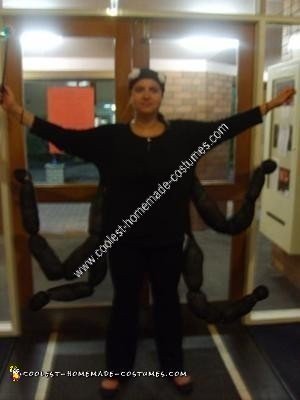 I bought two pairs of cheap black pantyhose, cut off the legs, and stuffed them with old plastic grocery bags that I’d been saving up for this Homemade Spider Costume. The effect was very bumpy, but I liked it. I took a black long-sleeved shirt, and sewed the legs of the pantyhose to the sides. … Read more 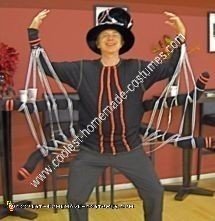 COOLEST (Inexpensive) Spider Halloween Costume Idea from Recyclables: My boyfriend inherited an old top hat from his son and I volunteered to decorate it for a Halloween party we were attending. Those “fake” spider webs gives him the “heebie-jeebies” so I began to decorate the hat with ribbons for spider web and stickers. He was … Read more 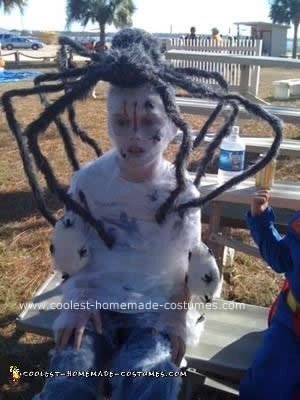 My two boys love spooky and scary! Halloween is their favorite holiday second only to Christmas. We usually decide on a costume and when we are done making it we start thinking of ideas for next year’s costume. I hate spiders so I do not know how I got talked into this Homemade Spider Snack … Read more 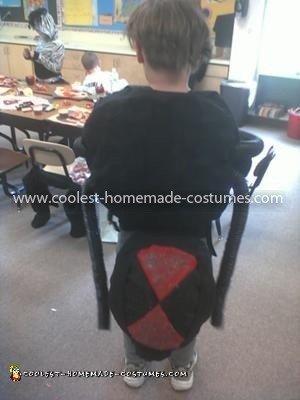 I made a total of 14 costumes this year, all within the insect theme. This is one of them. Black Widow Spider Costume: Materials Needed – * Body * 1 Can Spray Foam Insulation * Black Felt or Black Fabric * Red Felt or Red Fabric * Spray Adhesive * Zip Ties * 2 pieces … Read more 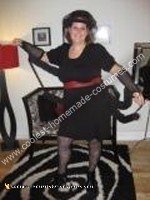 My Black Widow Spider Costume was a combination of store-bought accessories, things from my closet, and some crafty creativity. The base of the costume was a black dress out of my closet. I purchased the following items: – Red elastic/vinyl belt from H&M – Spider web tights – Mesh fingerless gloves – Top-hat with red … Read more 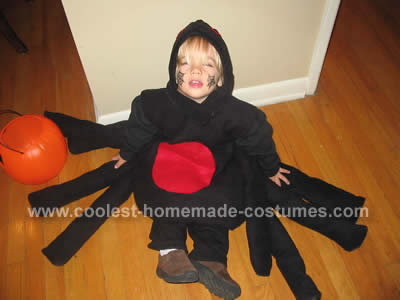 Here’s one of the coolest kid Halloween costumes. It is from black fleece, red felt, hot glue, pillow fluff and a little Velcro. He loves it! It’s a year later and he still wears it – he wants to wear it again this Halloween. I cut the body out of two large pieces of black … Read more

I created this costume because my son loved spiders or Buga-bugas as he calls them. I bought some black fleece, which was very inexpensive and very easy to use since you don’t have to hem the edges because they do not unravel. I created the head by making two hoods, one the size of his … Read more

Last year my animal loving son Trevon had just turned five years old, and wanted to be a poisonous spider for Halloween. I started with simple black jogging pants and a sweatshirt. I then purchased black velvet and filled the “legs” with poly-fil and glued them with a hot glue gun. I then glued on … Read more

I sewed two T-shirts together and left an opening at the top for stuffing; this was to be the body of the spider. I wrapped coat hangers with comforter bedding for the legs then wrapped it in black material to match the body. I then sewed the 4 legs onto the body portion. I used … Read more

We dressed up my 20-month-old daughter as a black widow spider. I had a black sweatshirt and black leggings for her already. I used 2 pairs of my husbands black socks and stuffed them and sewed them on the back of her shirt. I cut out a red hourglass shape from felt and sewed it … Read more