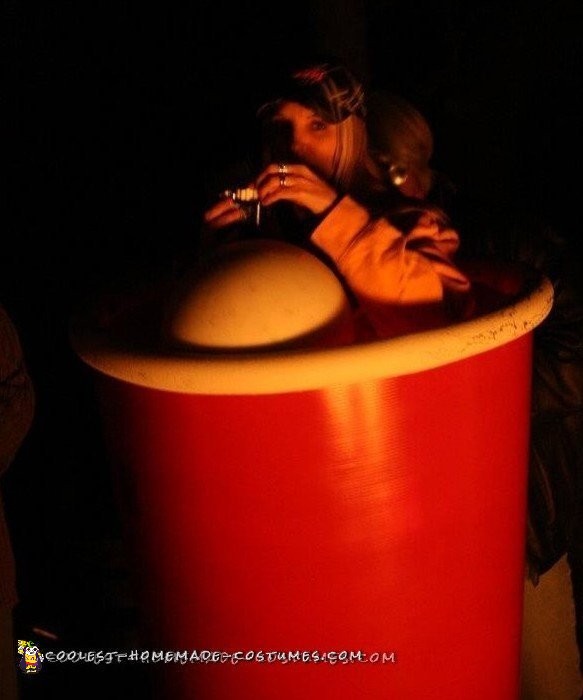 Here’s my Solo Cup costume. I used a beach ball for the cup and spray painted it white, some pipe insulation for the rim and painted that white. I also wrapped the pipe installation around the outside and it stayed on pretty well throughout the night. I used a bendable plastic to shape the cup and … Read more 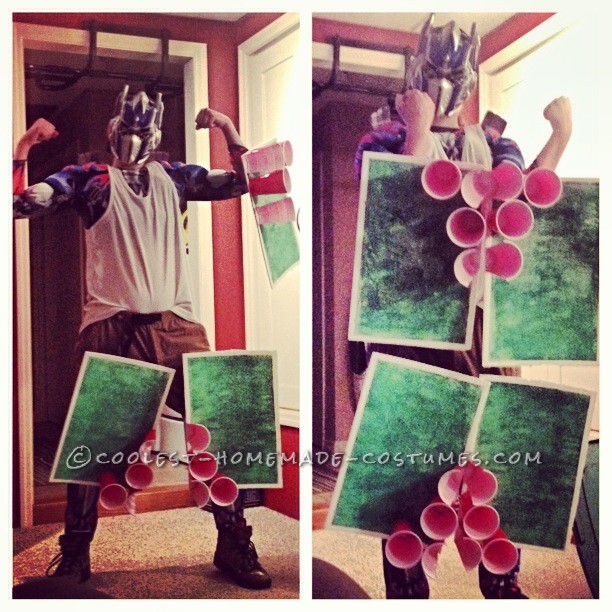 I’m a college student in a sorority, so every weekend I’m surrounded by frat culture. They spring out the beer pong tables like it’s their job, you know, automatically, some might say robotically. I’ve also always been a fan of the Transformers movie, so I thought it would be fun to see what Optimus prime … Read more 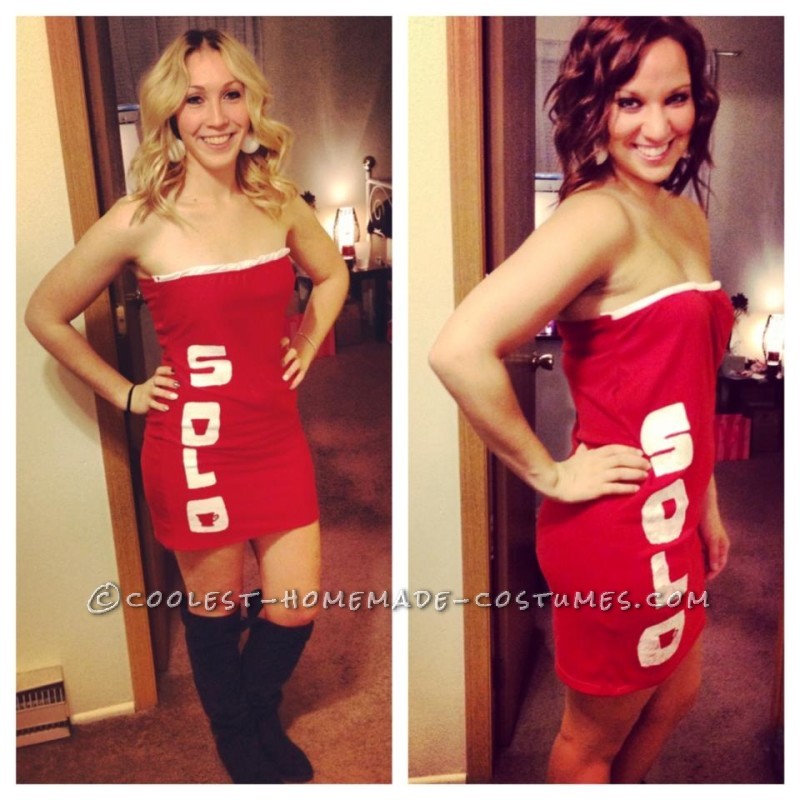 I wanted something creative and not too time consuming. I was sick of the typical store bought costume and really didn’t want to do that 2 hour walk through the store, trying on every costume possible. I started browsing Pinterest and saw some cute homemade ones but nothing ever really stuck out to me. I … Read more 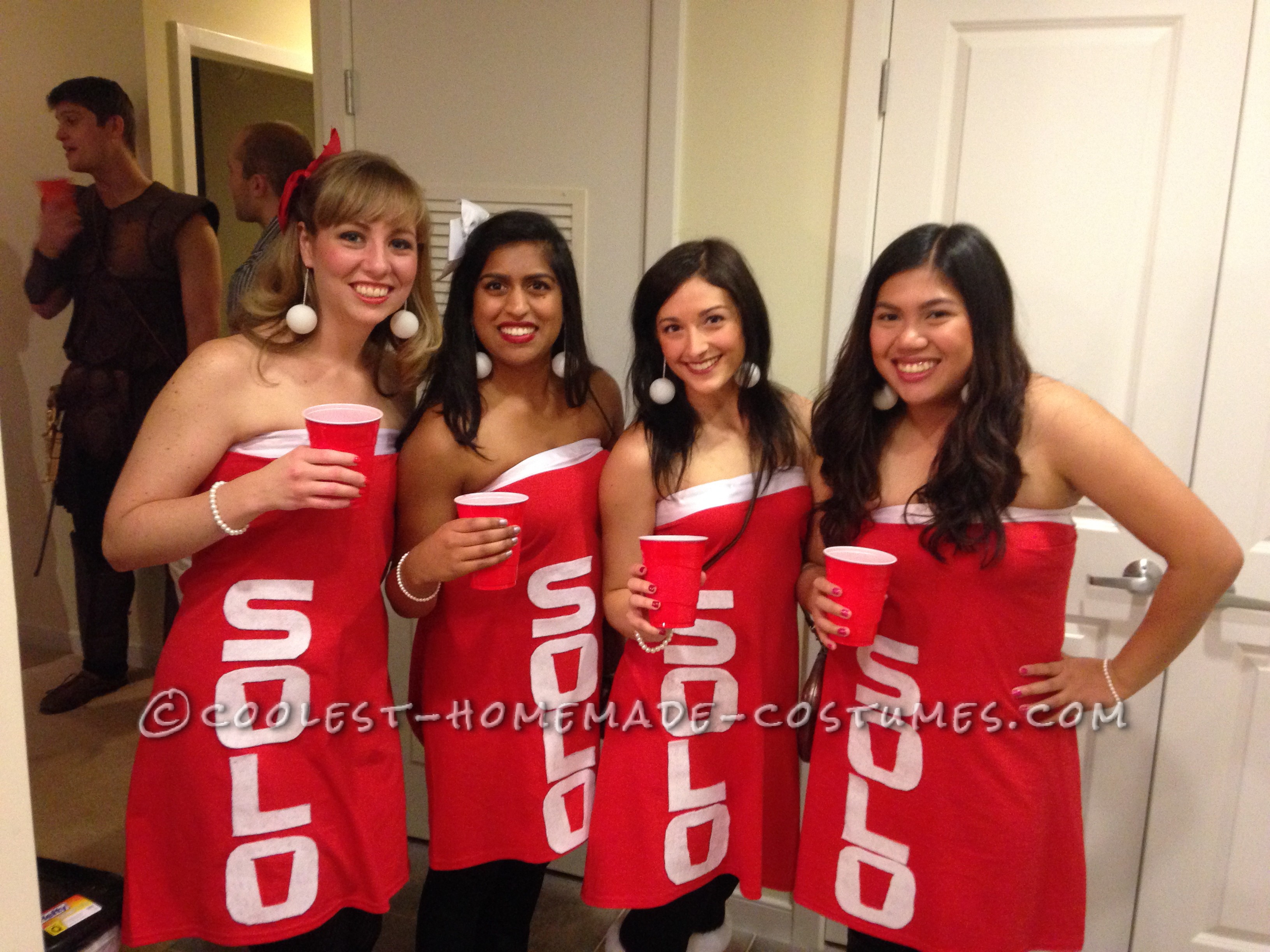 My friends and I decided to be the famous red cup for Halloween.  It was really simple to make and totaling $8 for each of us.  Make sure you find coupons! :) We got all our supplies at a craft store.  The red “dresses” are just large t-shirts and we have our body’s through the … Read more 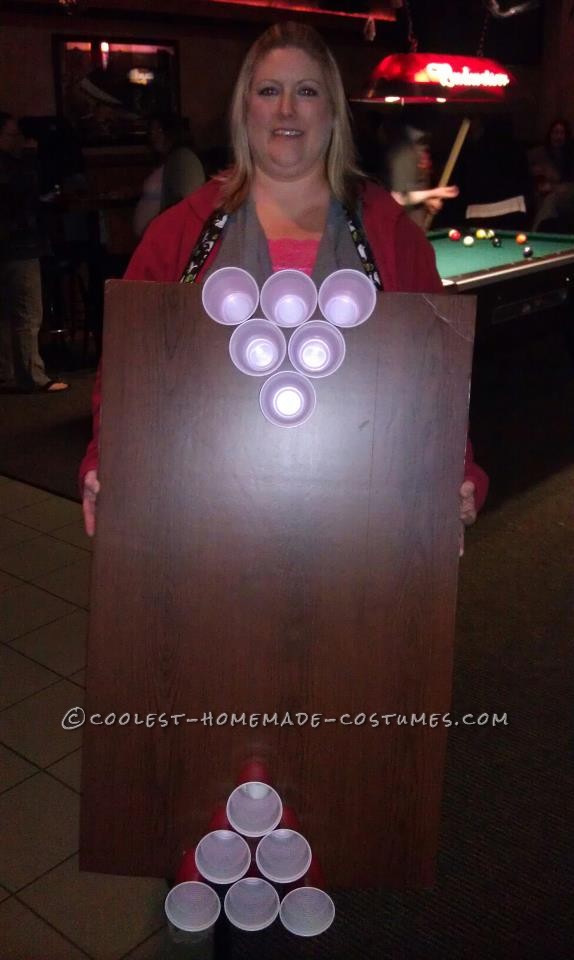 In 2012 I was desperate for a unique and fun costume.  I was inspired by something I saw on Pinterest (of course) and let my creative juices flow. At the craft store I purchased a narrow yet long piece of foam board.  I then picked up some contact paper in a wood pattern to make it … Read more 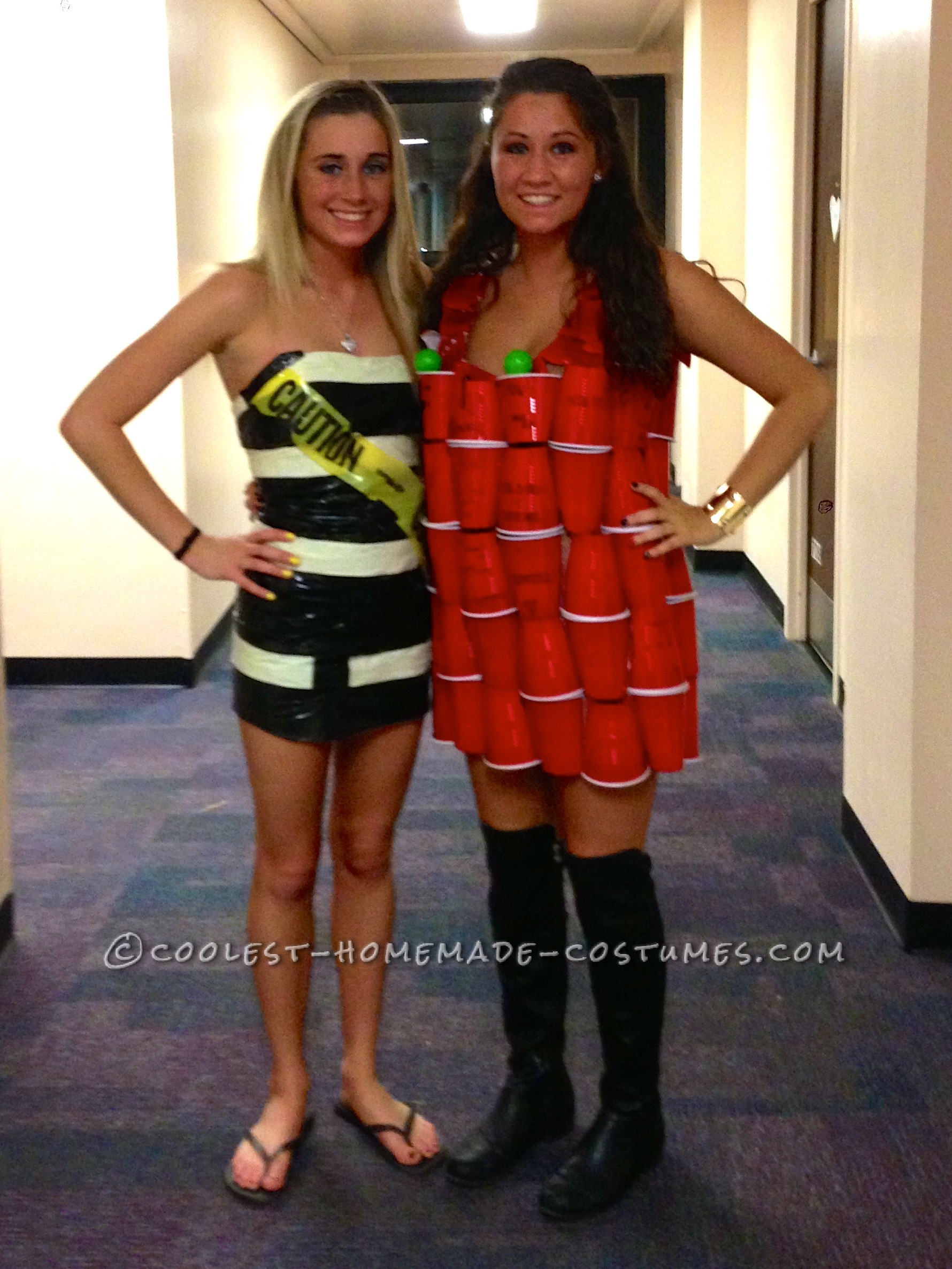 This was for a last minute ABC party. For those of you who don’t know, ABC stands for Anything But Clothes. I wanted to create something different than the standard duck tape dress. To do this I went to our local Wegman’s Grocery Store and bought a bag of 100 Solo Cups. When I got … Read more 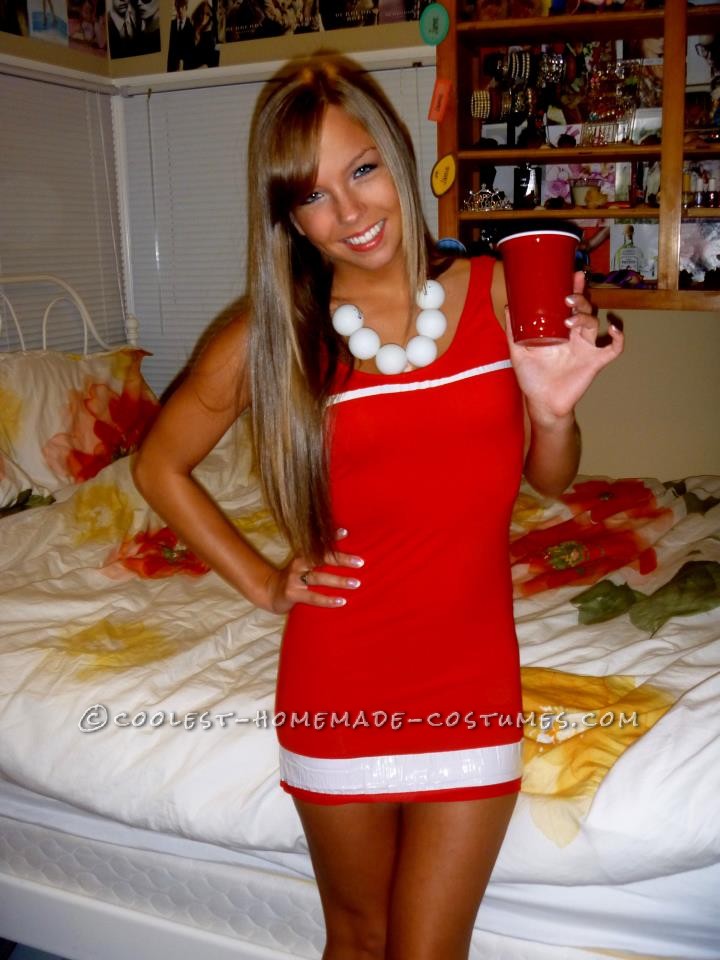 A cute red solo cup costume that actually allows you to move and not have a big plastic case around you all night! Beer Pong! Red Dress Get any red dress you already have in your closet. White Duct Tape Add a white tuck tape line to the top and bottom of the dress- if … Read more 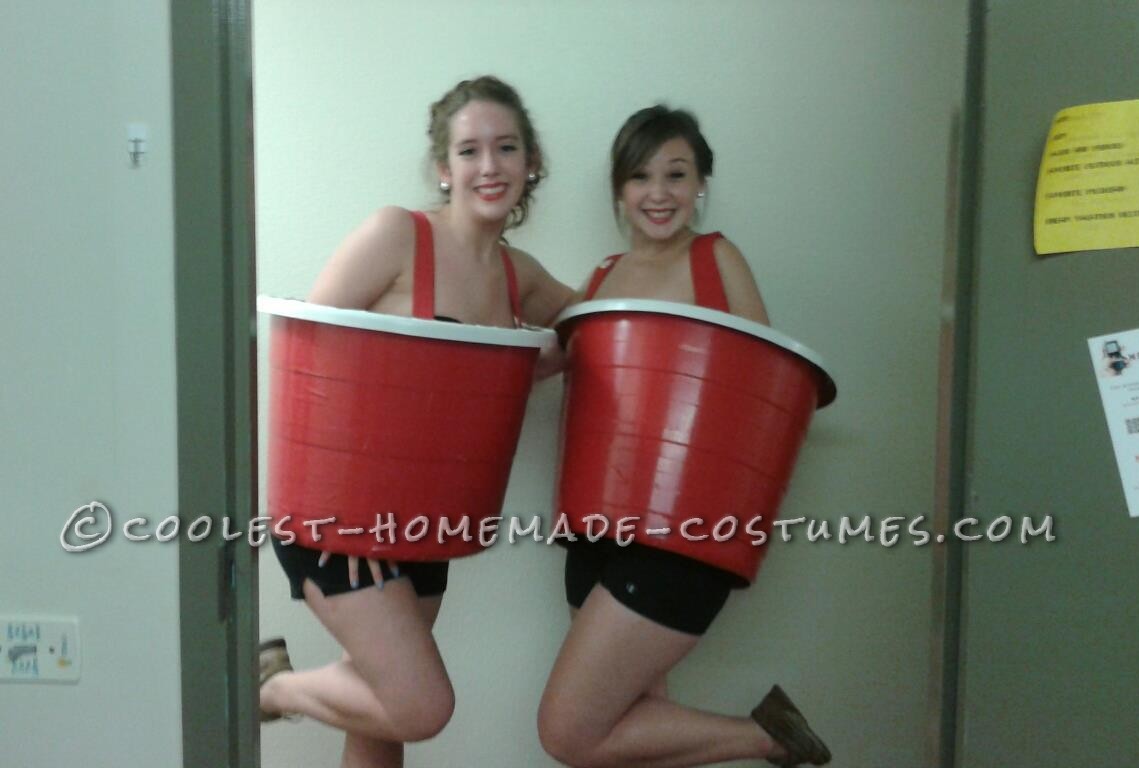 My friend Lauren and I decided that we needed a great costume for our first year in college, and what better a costume for college than something alcohol related? So we went to Wal-Mart, and honestly, we had the toughest time finding a proper tub that would look like a cup and would fit around … Read more 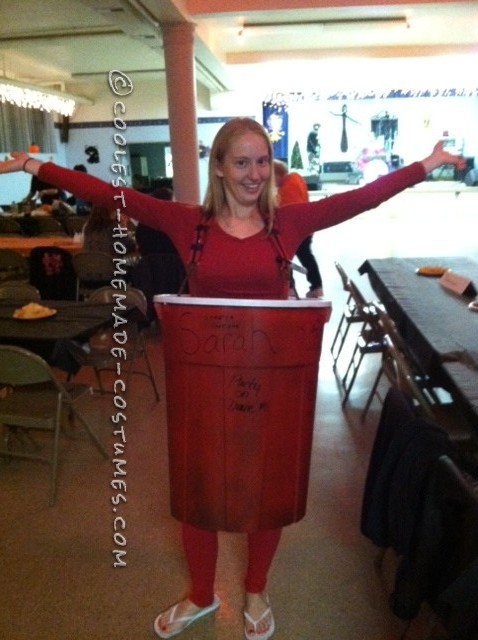 I used a garbage can to make my Red Solo Cup Halloween costume. I spray painted the inside white and the outside red. On each side I wrote “solo” and in the front on the rim I wrote my name in sharpie marker, just like the song says. I drilled suspenders into the sides so … Read more 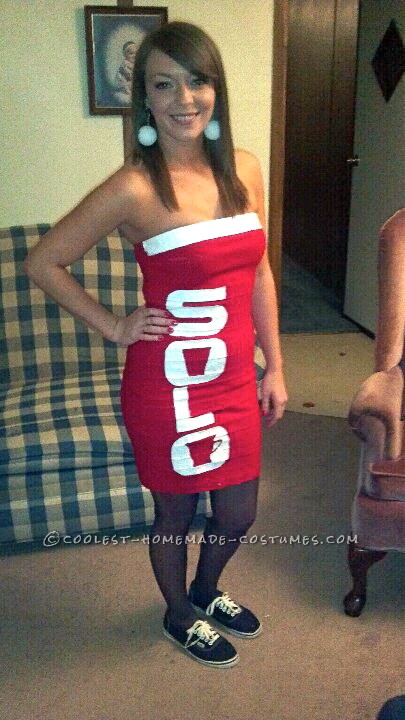 This sexy homemade Halloween costume: Red Solo Cup is the first costume I have ever made! Wore it to a local bar and after a few drinks, and coercing from my friends entered the costume contest. Won second runner up and a six pack! The costume was a hit. Had the entire bar singing “Red … Read more 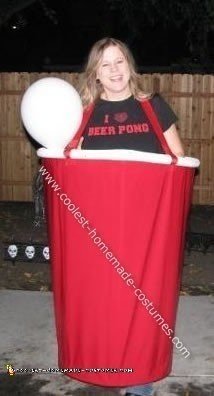 I decided to make a gigantic beer pong Halloween costume because we play beer pong at a lot of our parties and I saw the costume that was posted on this site. I started by cutting open two hula hoops. I slipped on PVC connectors and also cut out a portion of the bottom hula … Read more 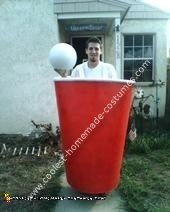 I made this Beer Pong cup out of a 4’x 8′ plastic sheet I found at Home Depot (not sure what its used for but it was perfect). I then spray painted it red and also found pipe insulator and painted it white used for the rim of the cup. I then made shoulder straps … Read more