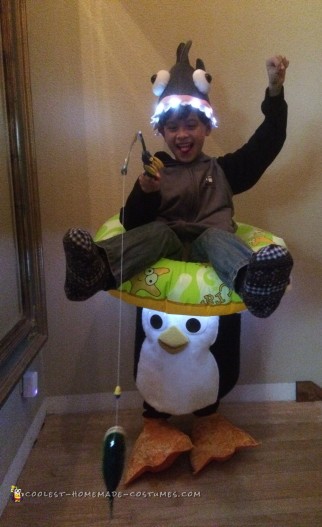 This year my 7 year old son Luke wanted to be a penguin and a shark. After racking my brain for what I could make that would incorporate both a penguin and a shark, I decided to try creating an illusion costume of a penguin (his favorite animal) carrying him (the boy), while being attacked by a baby shark.

It was a challenge to figure out how to make this costume but it was hilarious to see him wearing the finished product. I started with a foam mat rolled into a cylinder to create the penguin at the bottom of the costume. I measured and trimmed the mat to the right height, then covered the mat in black fur fabric. To this I added a white penguin face and tummy and secured it to the cylinder.

Next I used a 30 inch floaty to top the mat, then attached suspenders to the top of the penguin. I used large googly eyes and fashioned a beak using mat pieces covered in fabric. Two slits were cut into the sides of the covered cylinder for insertion of the wings to be inserted at an angle so that the penguin looks like he is holding a boy up on a floaty. I added a tail to the back to complete the penguin.

Next challenge was to create life like legs and feet, I used the legs of an old pair of jeans and slipper socks for the feet. Pipe insulation and a ball were used to create the legs inside the jeans with added stuffing. The legs and feet were glued to the penguin over the floaty.

I finished the costume with penguin feet worn over the shoes, a sweatshirt jacket to cover the suspenders, and a light up shark hat for Luke’s head. Lighting was added under the floaty to accentuate the penguin under the floaty.

My son loved this costume, he had a lot of fun wearing, it was very lightweight and no sewing was involved. Everywhere he went people stared and asked how he was moving while sitting on a floaty.  Most people had to squeeze the legs to figure it out. 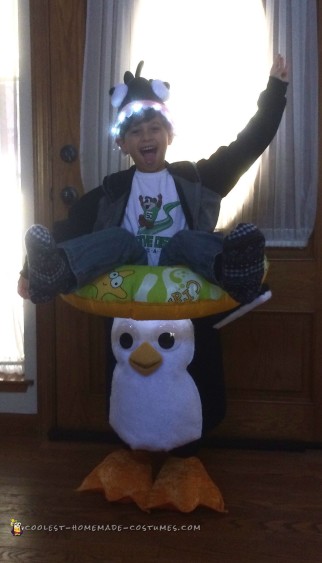 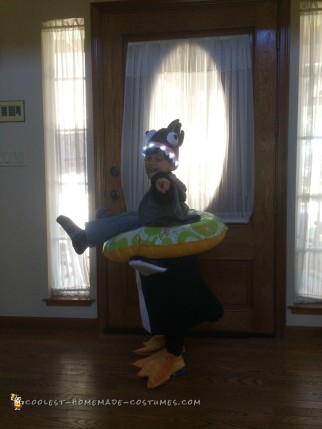 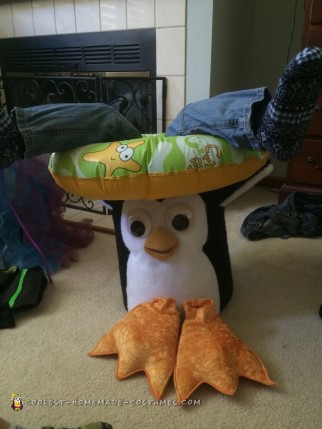 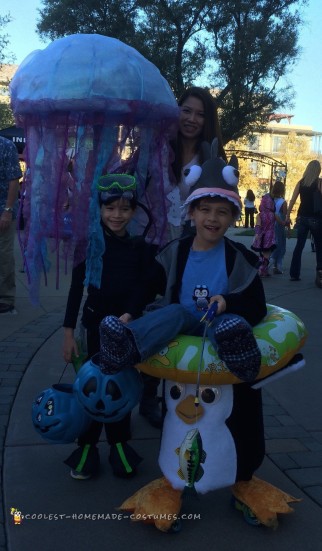 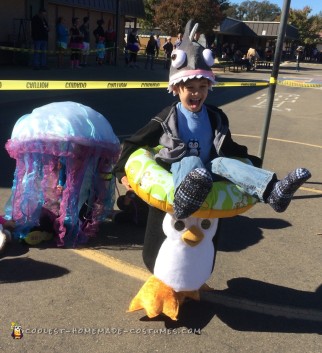 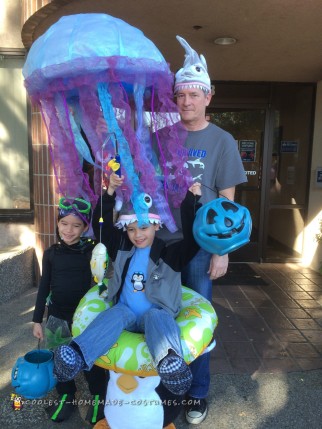