I wanted a witch costume that was only black and white, and since I couldn’t find one, I decided to make it. The major issues were: I didn’t have a lot of money to spend on it, and I can’t sew. So it would have to be created where ever possible from recycled items, hot glue, and the the least expensive supplies I could find.

Hair: The wigs I liked were too expensive, so I bought ponytails of artificial hair online, and hot glued them to a wig cap. They tangled up and stuck to each other, so I braided them. To fill in the rest of the wig, I braided clothesline and shoelaces in different patterns, (much cheaper than store-bought trim, and I could make whatever patterns I wanted) Finally, I added strings of beads. I bought loose beads in bulk online, mostly plastic pony beads because the glass beads too heavy. I strung all the beads on fishing line monofilaments for strength, then hot glued the ends.

Hat: I was planning to embellish the hat, so I soaked it with fabric stiffener. When it was dry, I hot glued some of the braided clothesline and shoestrings around the hat. I bought some small Halloween skeletons and painted them white with black accents and hot glued them to the hat. The skeletons weren’t able to be posed, so before I painted them, I removed and then replaced some of their arms, legs, and heads to make them look like they were waving, talking to each other, or kicking up their heels.

Face: I created it using latex appliances – nose, chin, forehead pieces – that I painted white and added black accents. I attached it using liquid latex, and hot glued a spider to the chin piece. l bought the black and white contacts; they were the most expensive item, about $15, but I really like them and they were surprisingly comfortable.

Hands: None of the pre-made monster hands fit me, so I cut and hot glued some plastic monster hands over a pair of white gloves, and added a black spider on one and some artificial gems on the other to make a ring.

Purse: I don’t think that witches usually carry purses, but I needed one. So I created what I thought a witch might carry if she needed a purse, which was the sac that spiders make to hold their eggs. I put a 4″ Styrofoam ball in a white knee high stocking, then glued black plastic spiders on it. I put that into another white knee high and glued more spiders on that, so it looked like there were spiders inside and out.

White Dress: Three pieces – I hot glued a lace overlay and then beads onto a length of white material; since I don’t sew, I hot glued two pieces of Velcro at the ends of the material and secured it around my waist in the back. the top was a white turtle neck that I also hot glued with lace and beads. I added lace, beads and black shoelace pieces to an old bustier and hot glued a big plastic spider in the center to look like a brooch.

Black Cape: I used the lining of an old coat as the body, but it was only knee length and had no sleeves. I hot glued some sleeves from an old turtle neck for the arms, and glued some shredded lace over them to flutter when I moved my arms. I used scraps of other black material to lengthen the cape to floor length. It looked terrible, but the beaded black lace and sequin overlay I made covered it. I used 80 yards of sequins, and it still wasn’t enough!

Shoes: I made the curly ends from scraps of black material soaked in fabric stiffener, wrapped in the shoelace/clothesline braids, then dried. I hot glued them to some old black sneakers.

Broom: I removed the original wooden twigs on the broom stick and painted it white. The wooden twigs were not strong, so I painted some plastic sticks and twigs black and white, hot glued them onto the stick and wrapped them with the black and white braids. I wanted the skeleton to be a mini-me, so I painted it white, glued some white braid onto her hat to match mine, and glued bead strings. I used petite seed beads for her hair so the scale would be correct, then glued her to the broom and her hands to her body. I also gave her a smaller scale white gem ring to match mine.

My favorite parts were: the broom, because it was the only part that came out exactly as I wanted, and the wig, because I enjoyed creating the patterns with the loose beads and watching the wig take shape.

My least favorite parts were: the shoes – I made them too long and I kept scuffing along and stumbling over them. The worst was making the black cape. Too many sequins, beads, pieces of scrap material. and hot glue burns on my fingers.

I have gained a lot more respect for people who design, sew, bead, and create clothes. It’s a lot of hard work.

I was surprised by the reactions I got in this costume. Only one child was too scared to come near me. The adults were the ones who flinched or did a double take. And the weirdest reaction: some teenager asked me “Are you a dude?” For the record, no, I’m not. 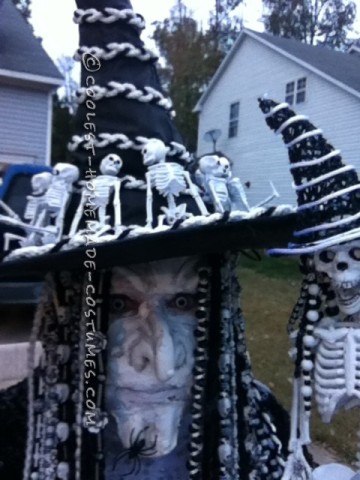 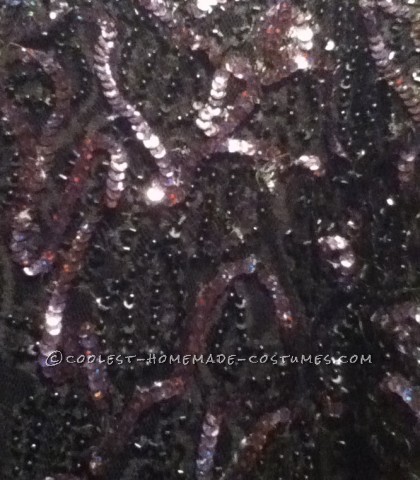 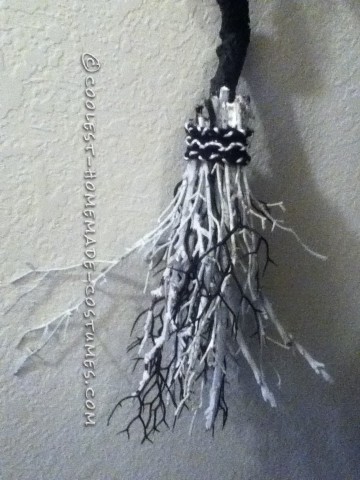 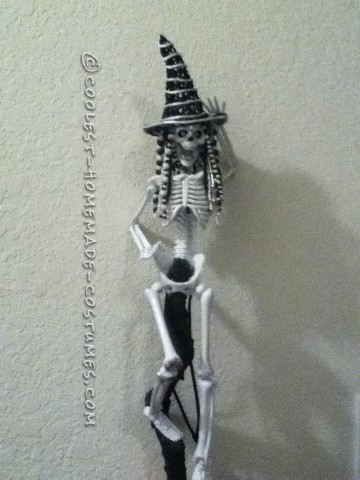 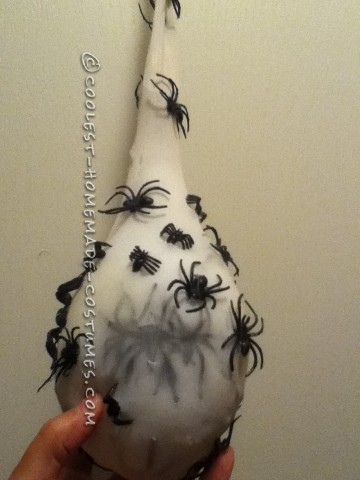 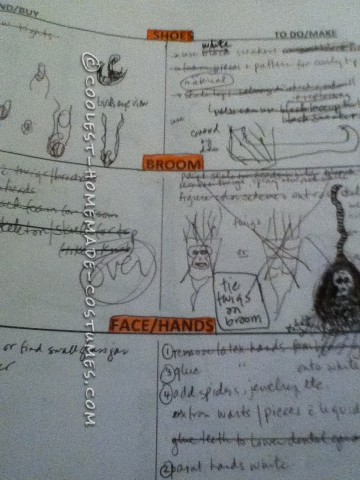 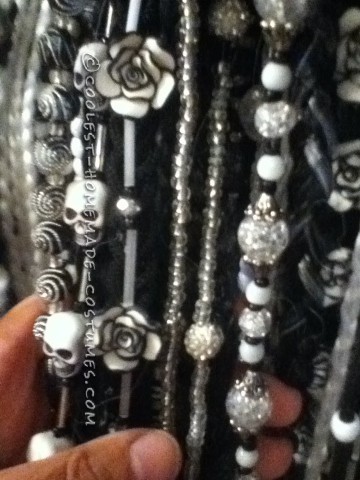 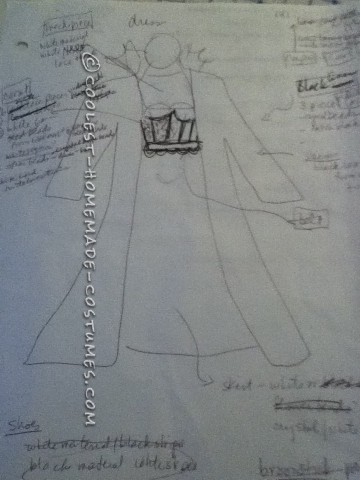 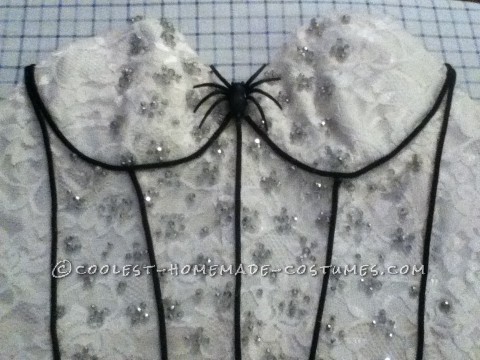 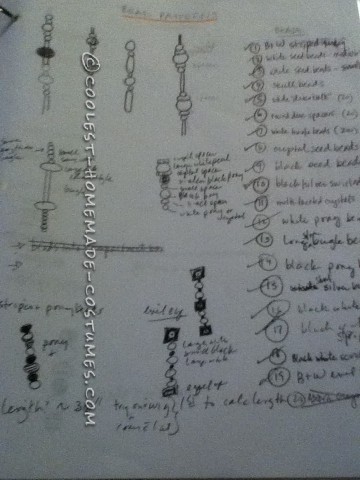