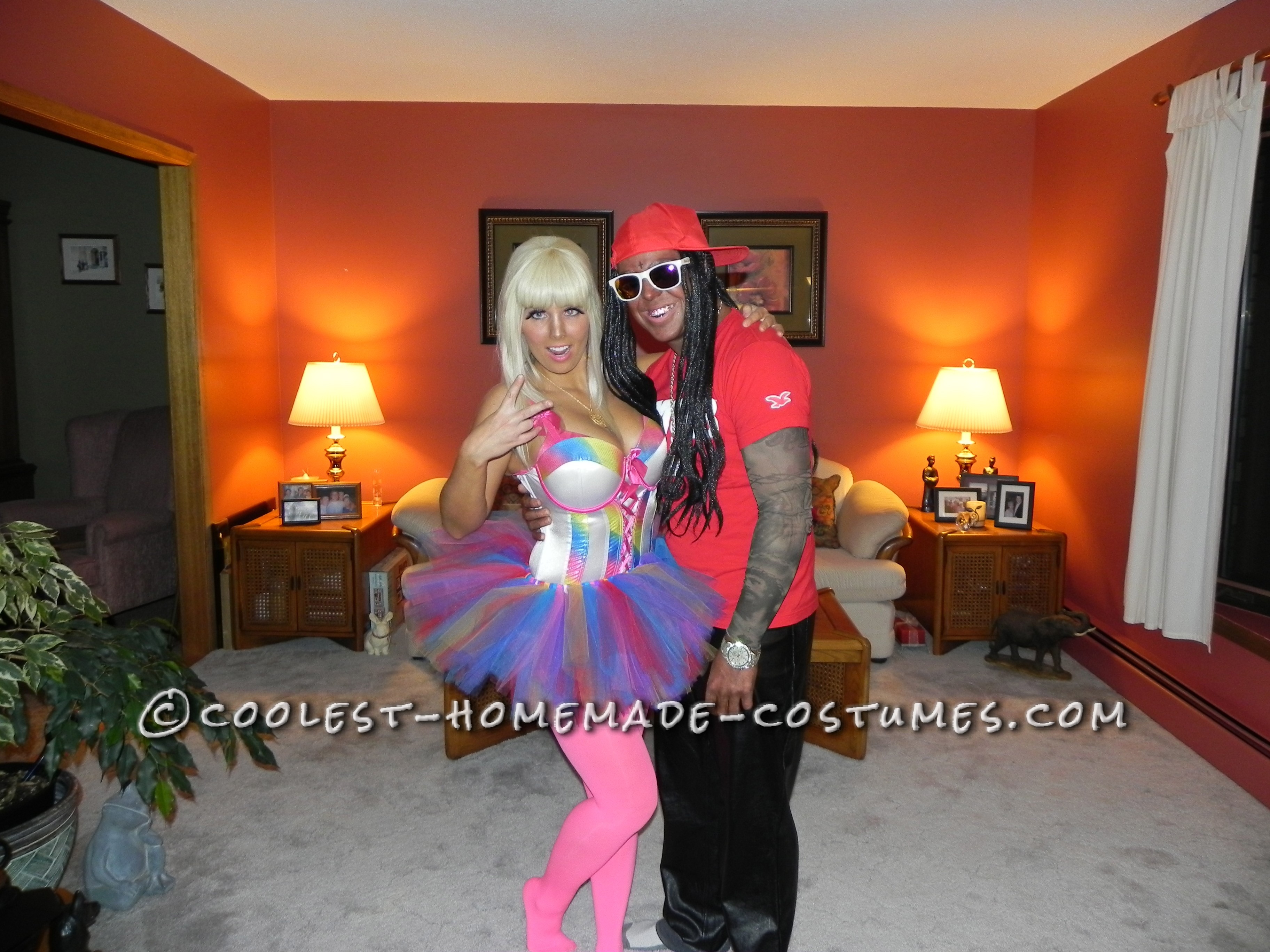 I wanted to wear a multi colored tutu and since I have been a pop star each year for Halloween I decided to stick with that theme. I figured Nicki Minaj would pull off a multi colored tutu like no one’s business. I purchased the tutu online, bought pink tights from Ardene’s and found the corset top from Hot Topic. I had my clip in bangs from my previous Lady Gaga costume and had my hair dresser friend place them in securely.


My friend lent me her Barbie necklace which Nicki Minaj is known for wearing. I put on fake eye lashes and went for a spray tan a day before Halloween. I was a lot darker than the pictures shows but due to the flash I look lighter. I also had outrageously big gold earrings from a previous costume which I also used. I had SO much fun wearing the tutu and almost everyone knew who I was.

For my boyfriend’s Lil Wayne costume he was able to find most of the pieces online from Ebay or from Value Village that was selling Halloween costumes and supplies. These pieces included his grill, hat with attached dreadlocks, and tattoo sleeves (which we had to spray paint to be dark). He purchased Halloween makeup to cover his face and we used my black eyeliner to apply fake tattoos to his face. I had stick on jewels which we used as a diamond ring under his lip. The fake leather pants were purchased from Value Village. The costume jewelry was also purchased from the same places. Our friends were blown away by his costume and thought he pulled it off wonderfully.

Overall the costumes were easy to put together once we were able to hunt down each item. 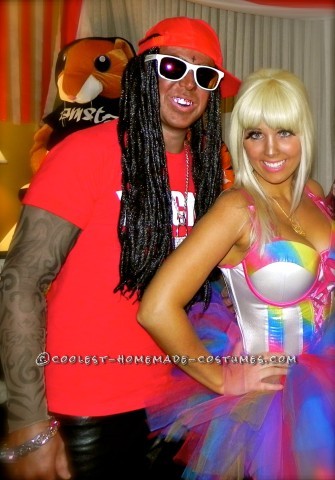 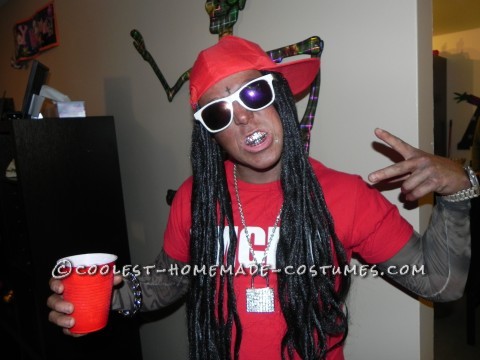 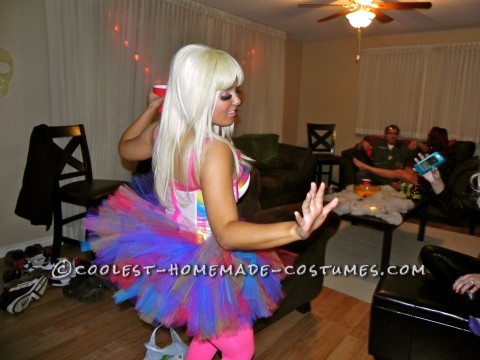 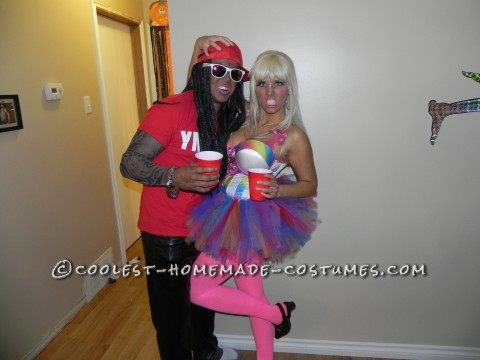 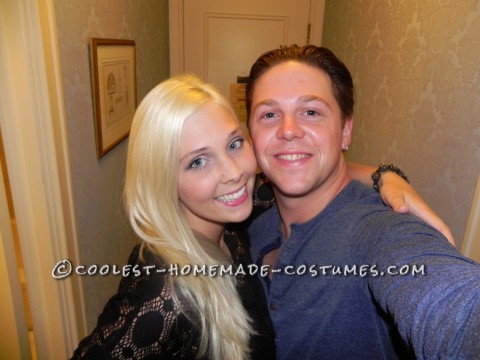