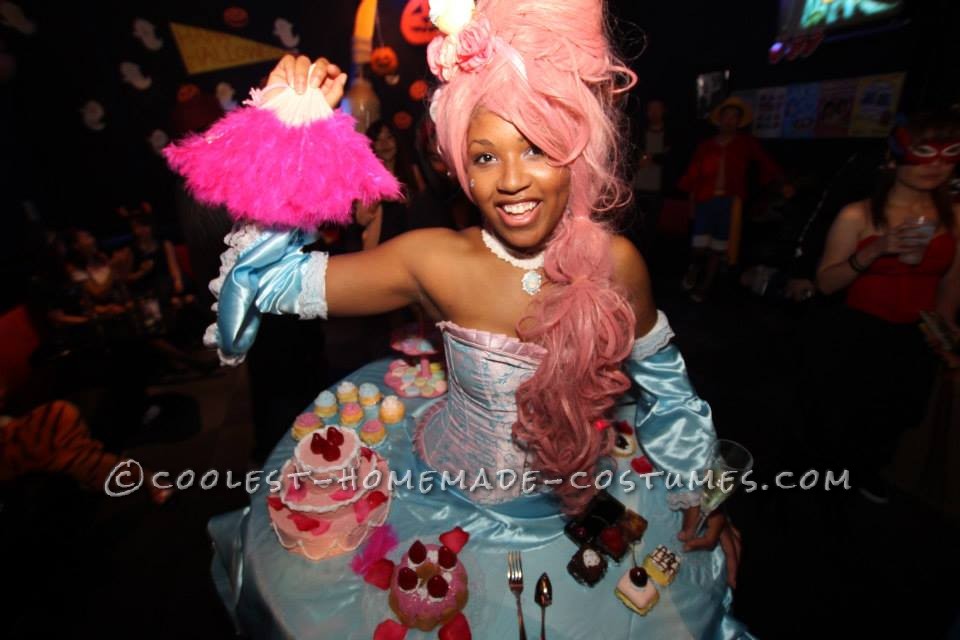 I’ve been making miniature polymer clay sweets for a while, but I wanted to do something on a grander scale and  somehow incorporate fake sweets into a costume. I always make my costumes, and this is my favorite one so far. I worked on it for about three months, but it was worth it.  My Marie Antoinette costume  won “Best Female Costume” at the annual Halloween party for English teachers in the area of Japan that I live in.

The cupcakes, eclairs, maccaroons, tarts,  bundt cake, parfait, and petit fours are made out of clay that I painted to look more realistic and decorated with a mixture of materials (colored hot glue, fake fruit, beads, etc).  My boyfriend actually tried to eat one of the macaroons, and his friend tried to eat one of the eclairs! I made the cupcake cameo nacklace out of polymer clay and attached it to a length of lace.

The tiered cake is a set of styrofoam cake dummies that I glued together and “frosted” with silicone caulking mixed with paint, then decorated with fake strawberries and rose petals.
The brownies are made out of painted styrofoam squares. The champagne is made from tinted resin with little clear beads mixed in to give it a bubbly effect.

I bought the corset online, and made the detached sleeves from a Marie Antoinette costume pattern.

I made the skirt by cutting a lightweight piece of wood into a circle, and then cutting a smaller circle in the center of the wood that was large enough to fit over my head, but too small to fit over my hips. I’d had no previous experience cutting wood and managed to cut my pinky pretty badly.

I glued the pink fabric around the edge of the wood, then I covered the tabletop with blue fabric. I gathered and pinned the blue fabric so that the pink skirt would show, then used the leftover pink fabric to make the trim on the bottom.
I didn’t want to glue the sweets directly onto the fabric, so I covered it with a sheet of clear plastic (the kind that binders are made out of) and glued the sweets to that.

I bought a pink wig that came with a matching clip-on ponytail online. The bump at the top was created by pinning up the ponytail and and stuffing a couple of pink kitchen sponges inside for extra height. I decorated the wig with a couple of feathers, an extra fake cupcake, roses, and a cake hat that I had from a previous costume.

My costume ended up being a lot more massive than I intended, and getting around was a bit of a hassle. I could barely get out of the narrow entryway to my apartment. I also got a lot of stares when I got on the train to to go to the party, since Halloween isn’t so big in Japan. But it all paid off when everyone at the party told me how much they wanted to eat me! 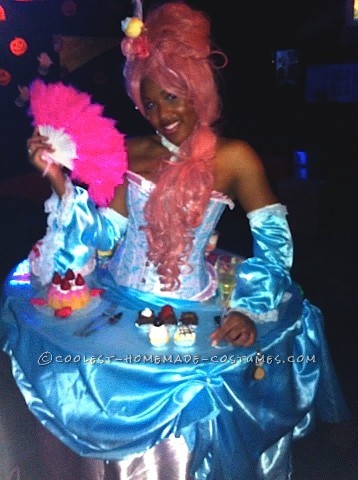 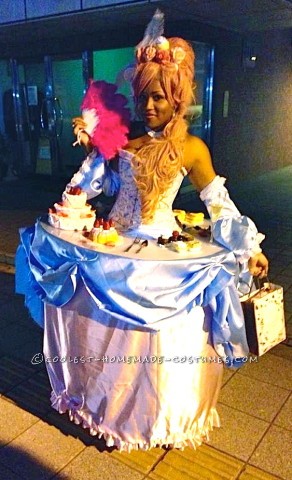 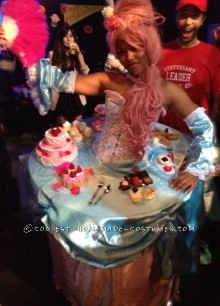 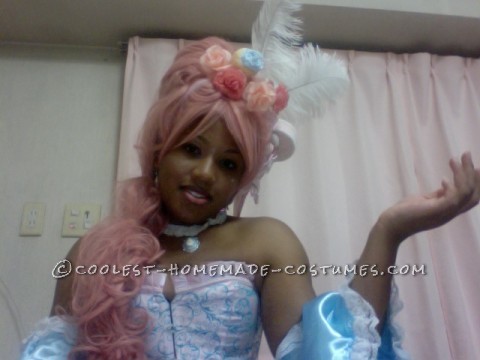 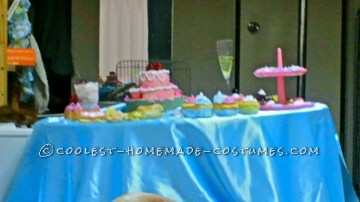 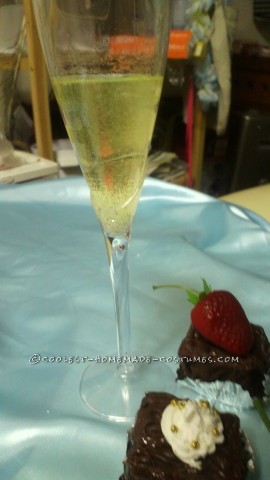 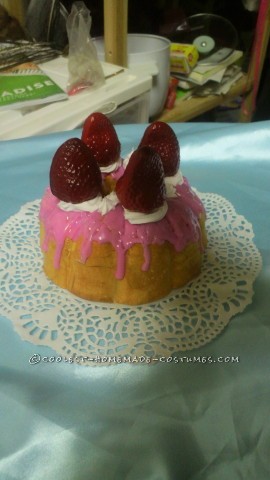 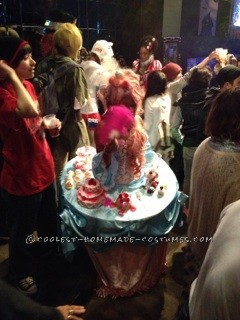 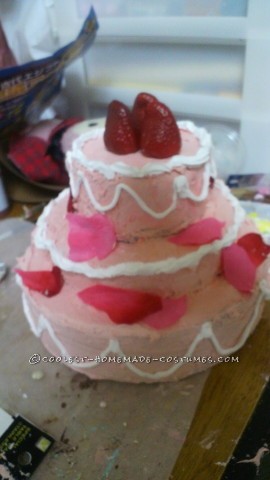 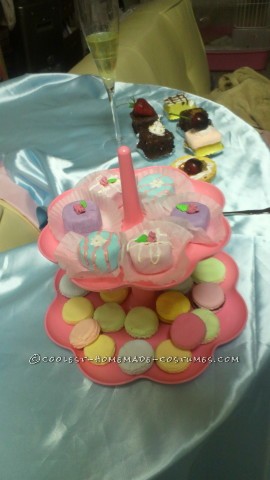 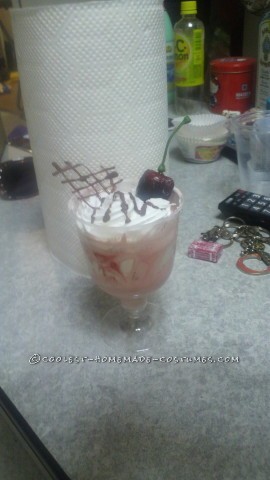 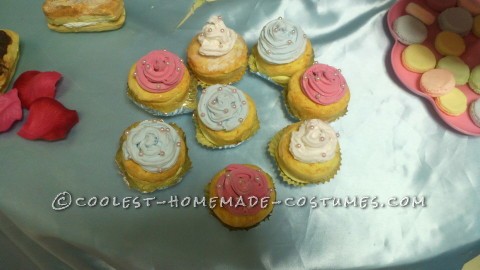 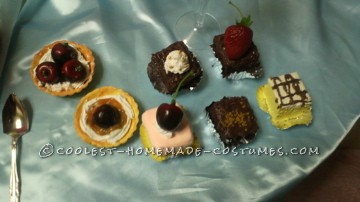