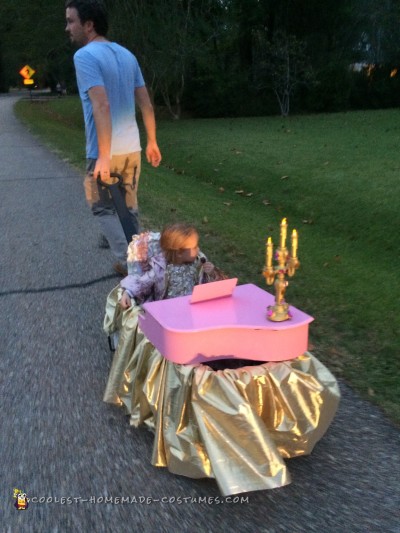 My daughter, Ruby, who is 22 months is wearing the Liberace costume. We were given the miniature pink baby grand piano from our niece and Ruby loves to bang on it so we wanted to incorporate it into her Halloween costume. Knowing that Liberace wore amazing ensembles while he performed made him a natural choice. For the costume, I found gold lame and gold and pink brocade fabric which was used to make the jacket, cape and pants. I hand sewed the gold rhinestone buttons on the jacket. Her shirt is a onesie with Christmas ribbon that I gathered on the sewing machine and then sewed in vertical lines across the front. Her shoes were a pair of sneakers, I spray painted gold and then covered in glitter.  For the wagon, I used the remaining gold lame for the skirt and then I created a seat cover using the same technique as the onesie, gathered Christmas ribbon. We removed the legs from the piano–they luckily unscrewed-and attached the piano to the wagon with sticky back velcro–a lot of it. The final touch was a Halloween candelabra from Michaels that I spray painted gold and glued gems on–there were skulls so I covered them up with the gems. She did a great job in the costume and even played a little tune for a very sweet old couple that came out to see her costume.
She got a lot of really awesome reactions including one very nice old man proclaiming it was the best costume he had seen, in front of his grandchildren. It took some people a few seconds to put the piano and candelabra together but then once they did they were so excited and thought it was great. We had a lot of fun with this costume and Ruby did an excellent job keeping the costume on, all night. 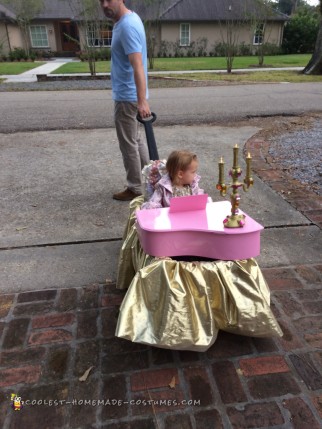 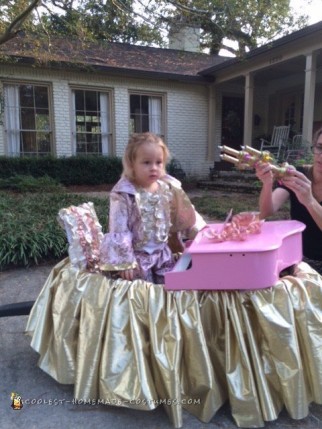 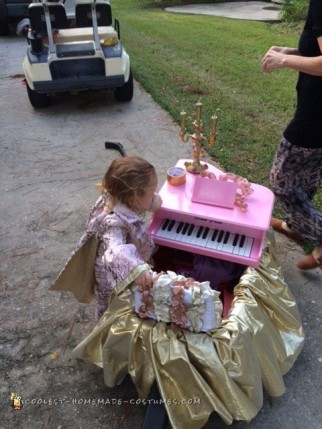 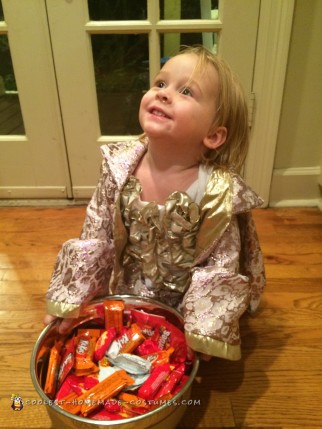 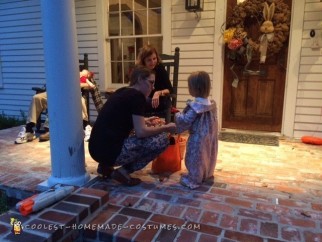