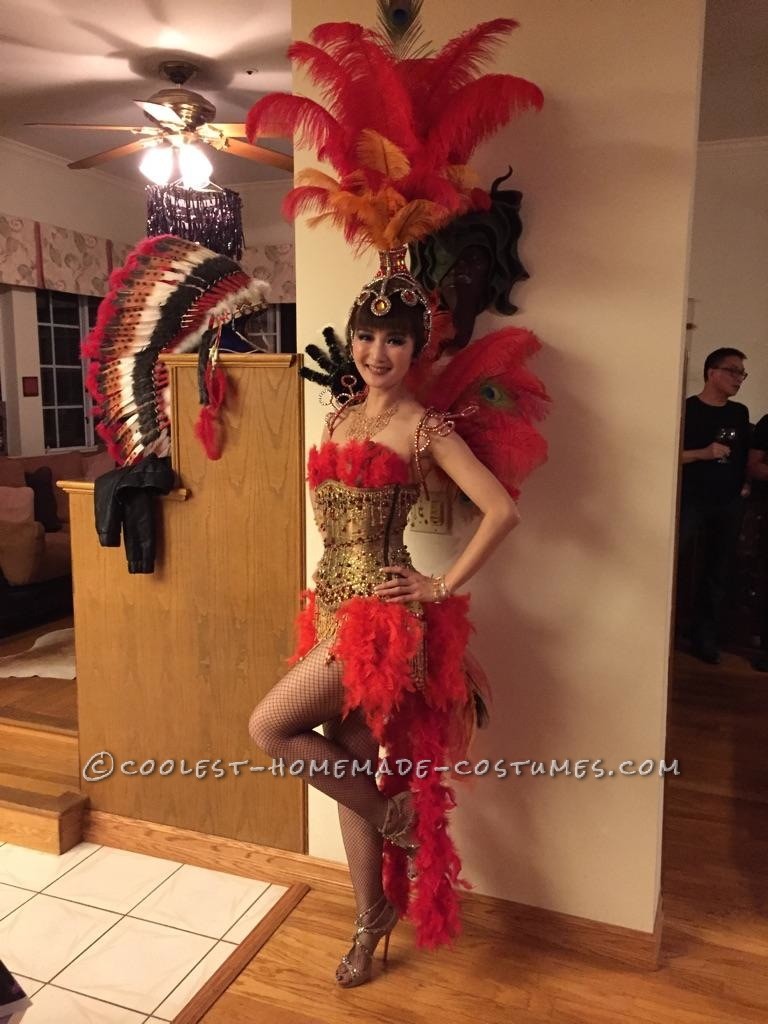 I had a lot of fun making an Indian headdress Halloween costume last year (seen in the background of a couple of the pictures), and so I was interested in doing a different one this year. Inspiration came when I saw some pictures of beautiful Las Vegas showgirls with glorious headdresses and feather boas. I looked at the ready-made costumes, but thought it would be more fun to create it myself; plus- I could put in my ideas and designs into it. It was a great distraction from some tragedy in my life, I redirected the negative energy into a positive outlet and stitched, glued, and shaped my way out of a funk. I am very excited to share my creation with Coolest Homemade Costumes.

I made nearly the entire costume from scratch. The corset, shoes, necklace, fishnet stocking I purchased. Everything else— headdress, feather wings, accents on corset, feather trims, beaded apron— I made.

Once these elements were done, I focused my attention on the corset. I added many of the faux jewels on it as well as create the beaded, bejeweled apron on the bottom of it. I also added the feather boa on the bottom that goes around the back. More feathers were used to cover up the bra. And voila! Las Vegas showgirl comes to life!

We threw a Halloween party for our family and friends. It was epic! Everyone loved the costume, and when they found out I had made it myself they were even more impressed. They couldn’t believe how much effort I put into this project. It was the culmination of a couple of months of work. I loved showing it off. It was fun being the center of attention at a fabulous party. I felt like a Hollywood starlet, being photographed with everyone. Good time was had by all.

But all this almost didn’t happen. I started preparing this costume when we were invited by some friends to their Halloween party, which they canceled 2 weeks before Halloween. We were looking to go to a public event when with 1 week left, some friends inquired about where we were all going this year. That’s when my dear husband took the initiative and decided we should throw the party. I was glad he made the executive decision, because it rained that night. Of all nights to end the drought in California! We would have been soaked if we had gone out. He sent the invitations, decorated the house, ordered catering, and organized the kids’ trick-or-treat. There was no way I could have finished the costume and do all of that.

In the end, I finished the final touches on the costume on the day of, and applied the make-up right up to the start of the party. I also had help from my sister-in-law with the party decorations and chauffeuring the kids. Thank you my friends and family for coming and making the party an awesome success! And thank you my husband for dressing up as Elvis to make us the Vegas power couple! Happy Halloween! 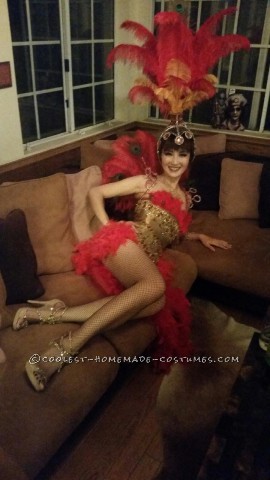 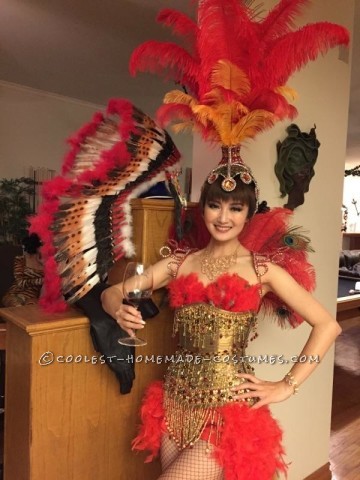 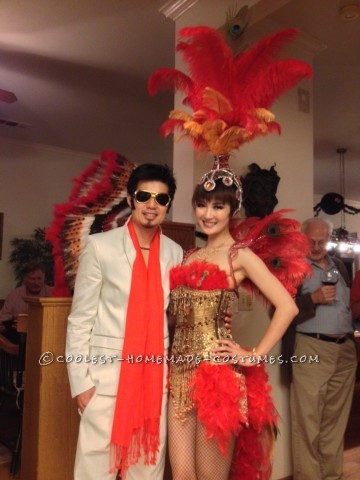