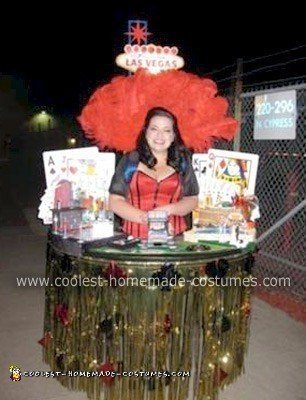 For the last few years, it seems like my Halloween costume has consistently been getting larger and more outrageous than the year before.

CHECK OUT MY VIDEO OF THE COSTUME IN ACTION:

I LOVE Las Vegas and take several trips a year out there, so I decided there could be no better way to honor one of my favorite places by turning it into my Homemade Las Vegas Costume!

My boyfriend and I started with a concept drawing and then spent a lot of time talking about how we would engineer the costume so it would be both wearable and durable enough to last through a few nights of going out in it. The most important part for me was including LOTS of lights! I am a huge fan of anything that lights up on a costume so I wanted to go all out this year and include as many light-up features as possible.

I used insulation foam, different fabrics, and a TON of hot glue to put together all of the features on the “table” to bring to life all of what I think makes Vegas VEGAS.

The “Vegas” elements on the costume include: the Mirage volcano (made with paper mache and a small computer fan plus red and orange LEDs inside to light up and cause fabric flames to flutter and create the illusion of fire), the Bellagio fountain (we used fake water made for floral design that hardens and poured it into a custom-build fountain shape and then lit it from underneath with blue LEDs and more computer fans which caused a “fluttering” action in clear streamers above it), a 24-hour wedding “chapel” (a small arbor made from metal and painted white with a bride and groom cake topper and LED heart-shaped lights), a working slot machine (piggy bank I found on eBay) a mini roulette table (again eBay), a custom made light up square patterned LED dance floor, and a “mini” bar I made from foam and fabric complete with teeny martini glasses.

My favorite part of the costume was the miniature replica of the “Welcome to Fabulous Las Vegas” sign. We built it totally from scratch using a combination of wood, metal, plexiglass, a print out of the original sign I had blown up, and lots of LEDs and neon battery powered wire (called EL wire, again ordered from eBay).

The final touch on this Homemade Las Vegas Costume was a red ostrich feather fan that I zip-tied to the backpack frame behind my head.

I would recommend to anyone taking on this big of a project to definitely plan ahead, have a budget (and try to use as many recycled materials as you can to keep costs down!) and be prepared to sacrifice all of your spare time for a little while! As a full-time student with a job as well, it definitely was a challenge finding the time to make everything. But I had a LOT of fun and I would do it all over again in a heartbeat. I think this costume represents that you really can be ANYTHING you want for Halloween!

The costume is GIGANTIC and definitely a could be considered a show stopper. It took about a month of working on it every day and I am still in awe that we actually pulled it off. The best part was seeing everyone’s reactions to it. I know there are now hundreds of strangers out there with pictures of me in their photo albums! I think wearing this costume out was about the closest experience I’ll ever have to what it must feel like to be famous.

So now it’s time to start thinking about next year. 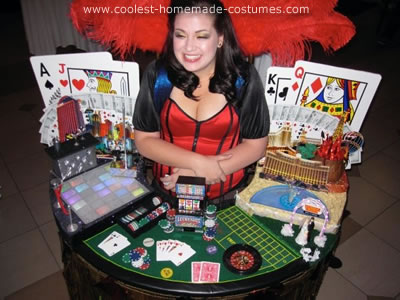 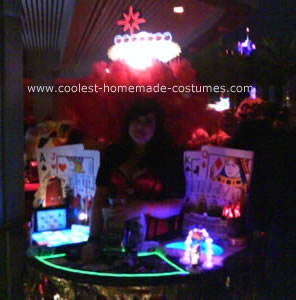