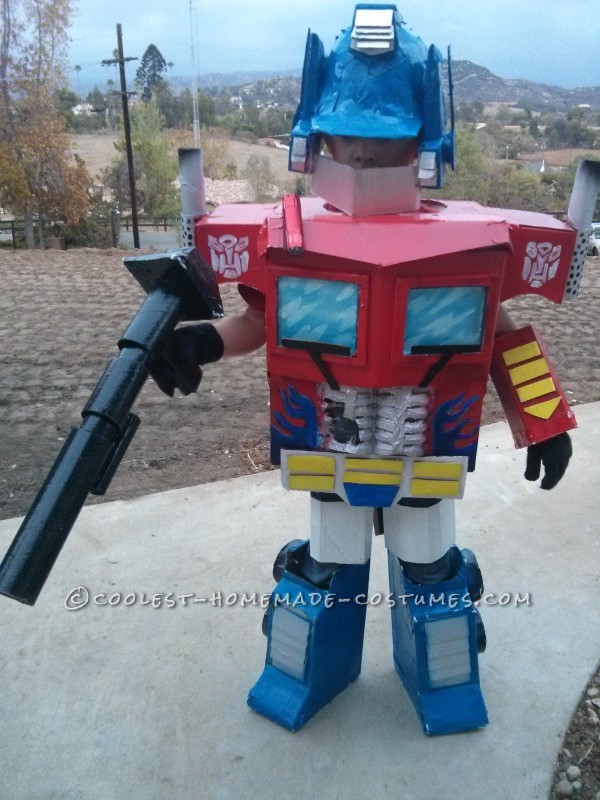 My son, Cameron (6) is obsessed with transformers, and he decided he wanted to be Optimus Prime this year. We started collecting boxes, toilet paper rolls, paper towel rolls, etc. a few months ago. Originally, he wanted to look like the new modern Optimus Prime, but thankfully he decided on the classic Prime, from the early TV cartoon series.

It was a mess in our living-room, with boxes of every shape and size. We made his body starting with a diaper box, and just built on from there. 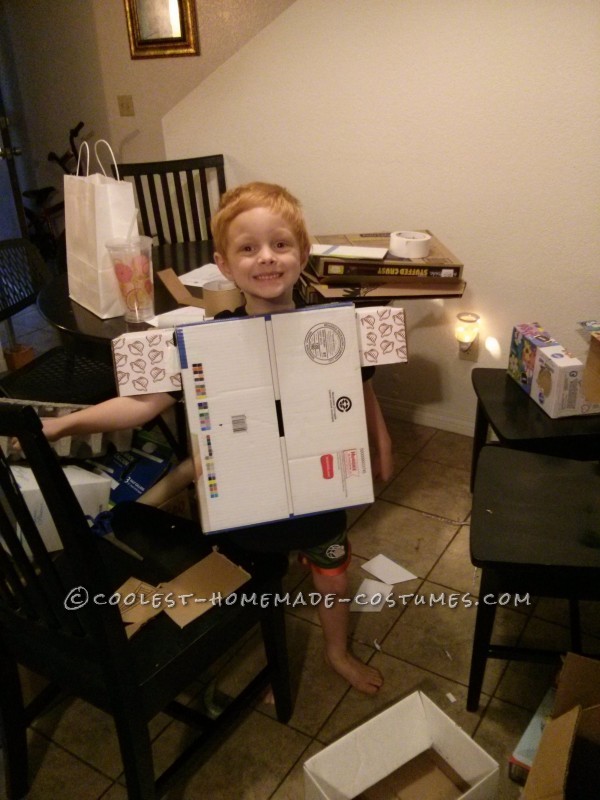 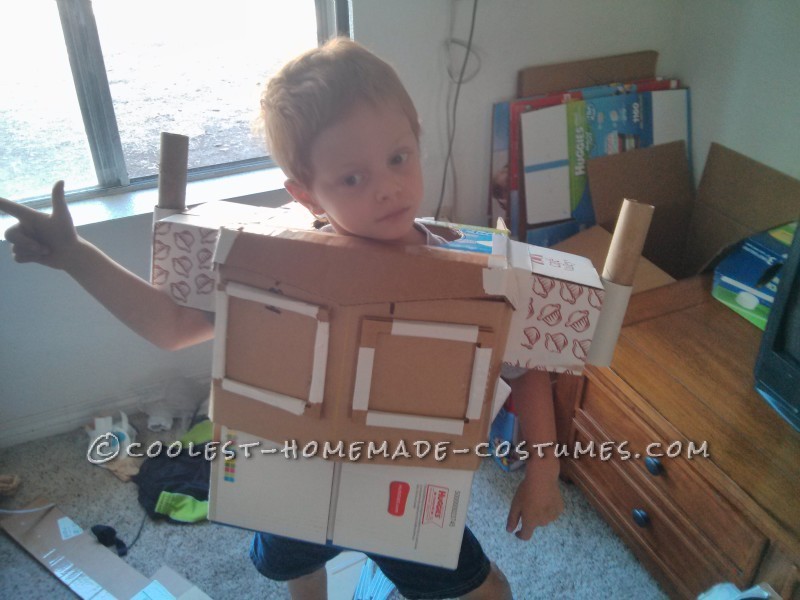 The hot glue was flowing. Cameron helped trace, cut, glue, tape and spray paint the entire costume. The only thing we had to buy was a foam hat from Michaels, and spray paint (primer red, blue, black , and silver). 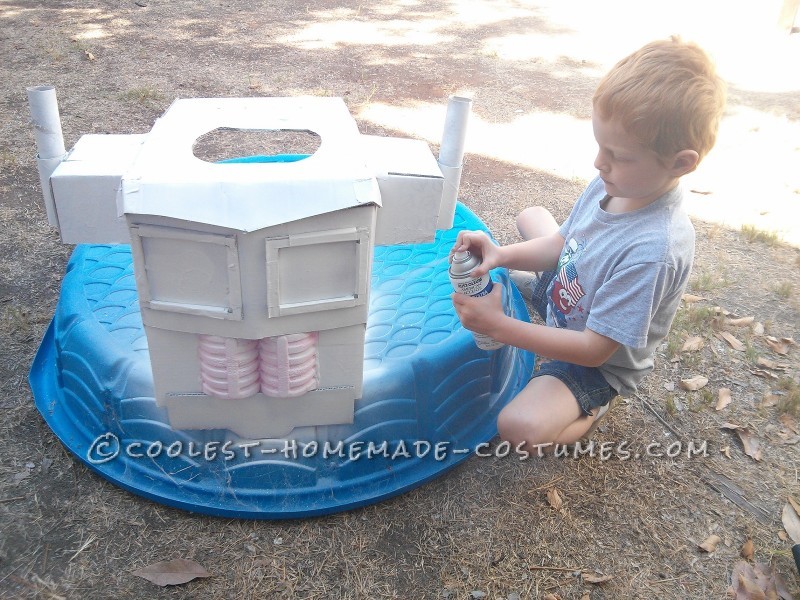 We did get quite a surprise when the paint began to eat away at the Styrofoam on the front of his costume, but we thought it looked like Optimus had taken a hit, so we kept it- Battle Scars! 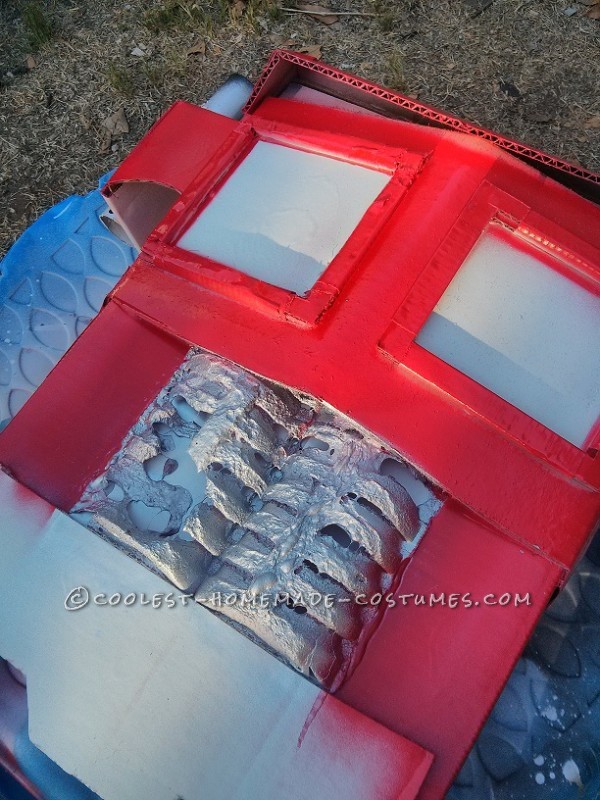 We ditched the typical pumpkin to hold candy this year, and got a paper bag and painted on the Autobots symbol to complete the whole costume. The Optimus Prime costume was a bit bulky, and Cameron did fall once on Halloween, but seconds later, he was up and ready for more candy. He went a little slower to be safe, shuffling along in his cardboard boots. I made sure to hold his hand up and down every step.

We got lots of “Wow!” and “OMG, that’s so cool!” It was awesome to have a costume that everyone knew who the character was! Everyone said “look, it’s Optimus!” It was definitely our biggest project yet for Halloween, and took the most effort on Cameron’s part. Every time getting in and out of the car, he had to take off all eight pieces of costume, plus the gun, and mittens. We enjoyed this costume, just like every one we have made in the previous years. It’s just fun to get together and make something that rocks his world.