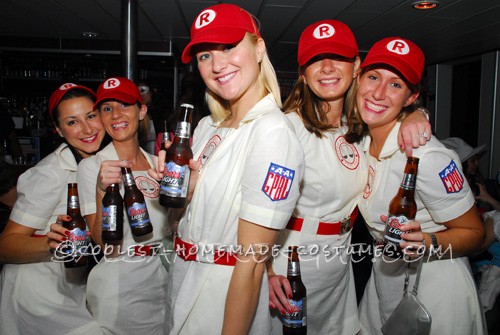 Having a serious love for sewing and the delight in having an outfit, costume, or décor/craft item that no one else has…gave my daughter and often times several of her friends an edge on Halloween.  Nearly all of her life, I was thrilled to put my talent to work on costumes, most were from patterns and a few were of my own design when the desired attire was not on a printed pattern.  She and friends were once a group as Army Ants, it was my own design and this entry is one more of those.  I honestly laid in bed at night putting the pieces together in my mind and often had to get up to jot it down on paper so I wouldn’t lose it.

My daughter and her friends chose the team members from the movie that they wished to become, we watched the movie several times to get the correct numbers for the back of the dress, and all pitched in to find the accessories to finish off the uniform.  I copied the patches free hand after studying photos for authenticity.  We had an offer from one of her male friends to dress as Hooch, but it was 2 days before Halloween, and I didn’t have enough fabric on hand to accomplish that, it would have been hysterical.

I hope you enjoy this awesome “League of Our Own” girls group costume as much as I still do. 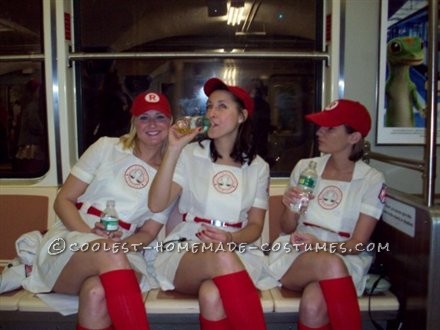 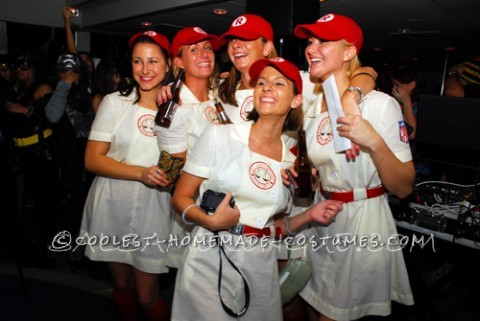 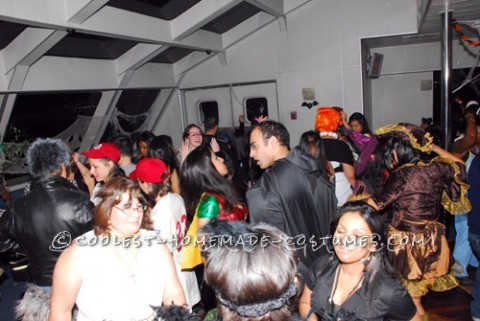 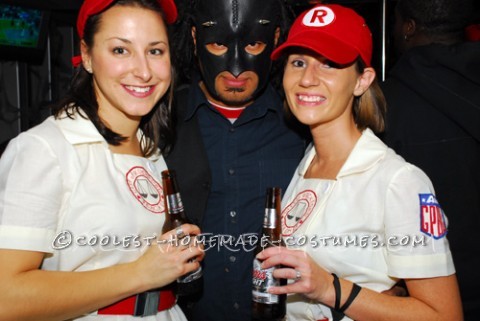 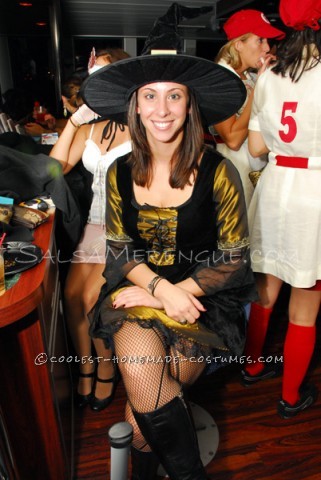 6 thoughts on “Awesome “League of Our Own” Girls Group Costume”