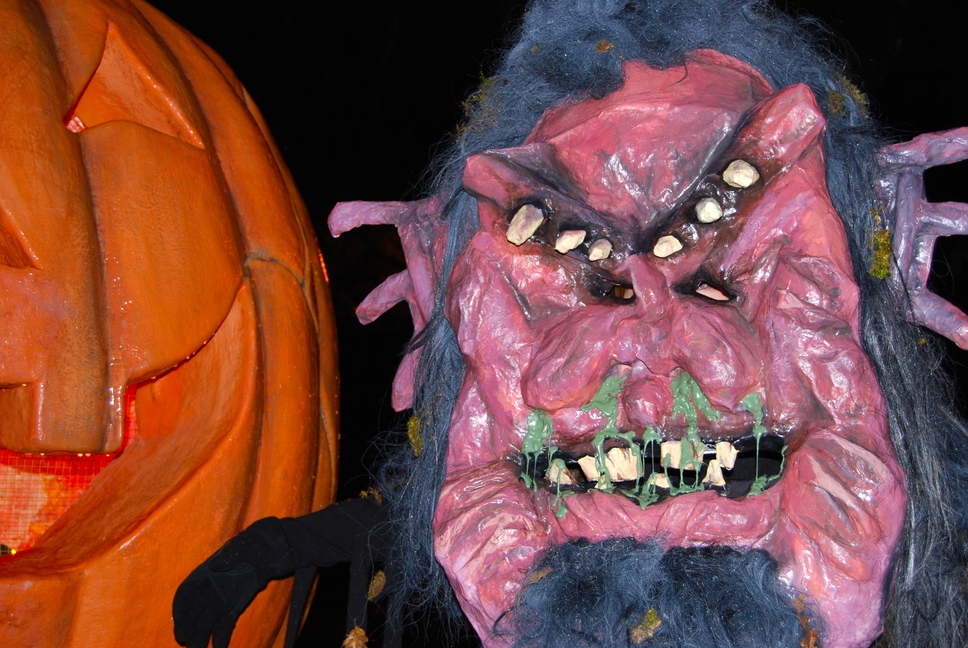 The inspiration for this Spooky Trantor the Troll Homemade Costume came from the movie “Ernest Scared Stupid”. Growing up, my family and I watched this movie every Halloween. So this year, I decided to try and recreate (in my own way), one of my favorite Halloween memories from the film- Trantor the Troll!

Not only was this project nostalgic for me, it was a means to challenge my creativity and artistic abilities.

I used the basic paper-mache method to create the troll’s mask. First, I created a base for the mask using plastic soda bottles, milk jugs, paper towel rolls, cardboard, and newspaper. Once the base was created, I began layering strips of newspaper dipped in a mixture of flour, water, and Elmer’s glue onto the base. Several layers of the wet newspaper were used to form a more obvious face structure. After finishing the face, I used acrylic paints to add detail, dimension, and texture to Trantor’s face. One of my favorite parts of the creation process was trying to come up with a way to create life-like boogers. To create the dripping boogers on his nose, I used a hot glue gun, let the glue cool as it dripped and painted it green once it was hard.

Trantor’s hair was made out of several recycled Halloween wigs that were spray painted gray and hot-glued to the mask. The body (costume) was made from old thrift store clothing that I had found; a furry vest, ragged black shirt, and work boots. I glued moss and leaves from my backyard onto the clothing and hair to create a more earthen look for Trantor.

The entirety of this project took about 3 weeks to complete. Every hour that I wasn’t working at my actual job, I was spending finishing Trantor. I think my family and friends were beginning to question my sanity! What a project I had taken on! However, all of the time spent working on this project, the glue- gun burns acquired, and sleepless nights were completely worth it! Trantor is a troll to be reckoned with!

On Halloween night, my boyfriend plans to dress up as Ernest and my self as Trantor. Trick or Treaters beware! 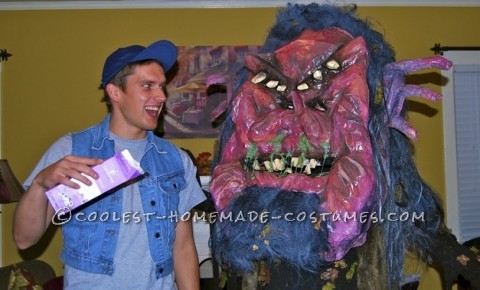 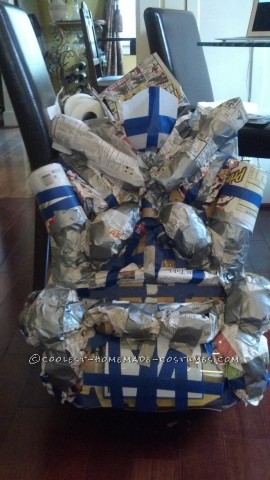 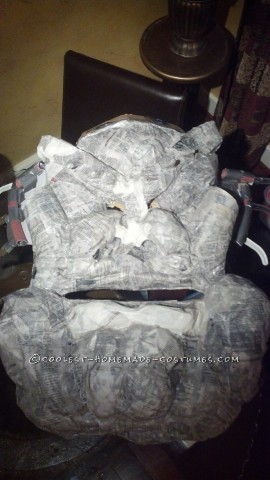 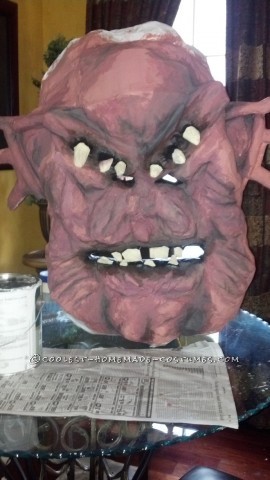 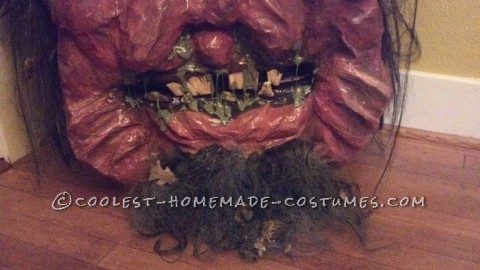