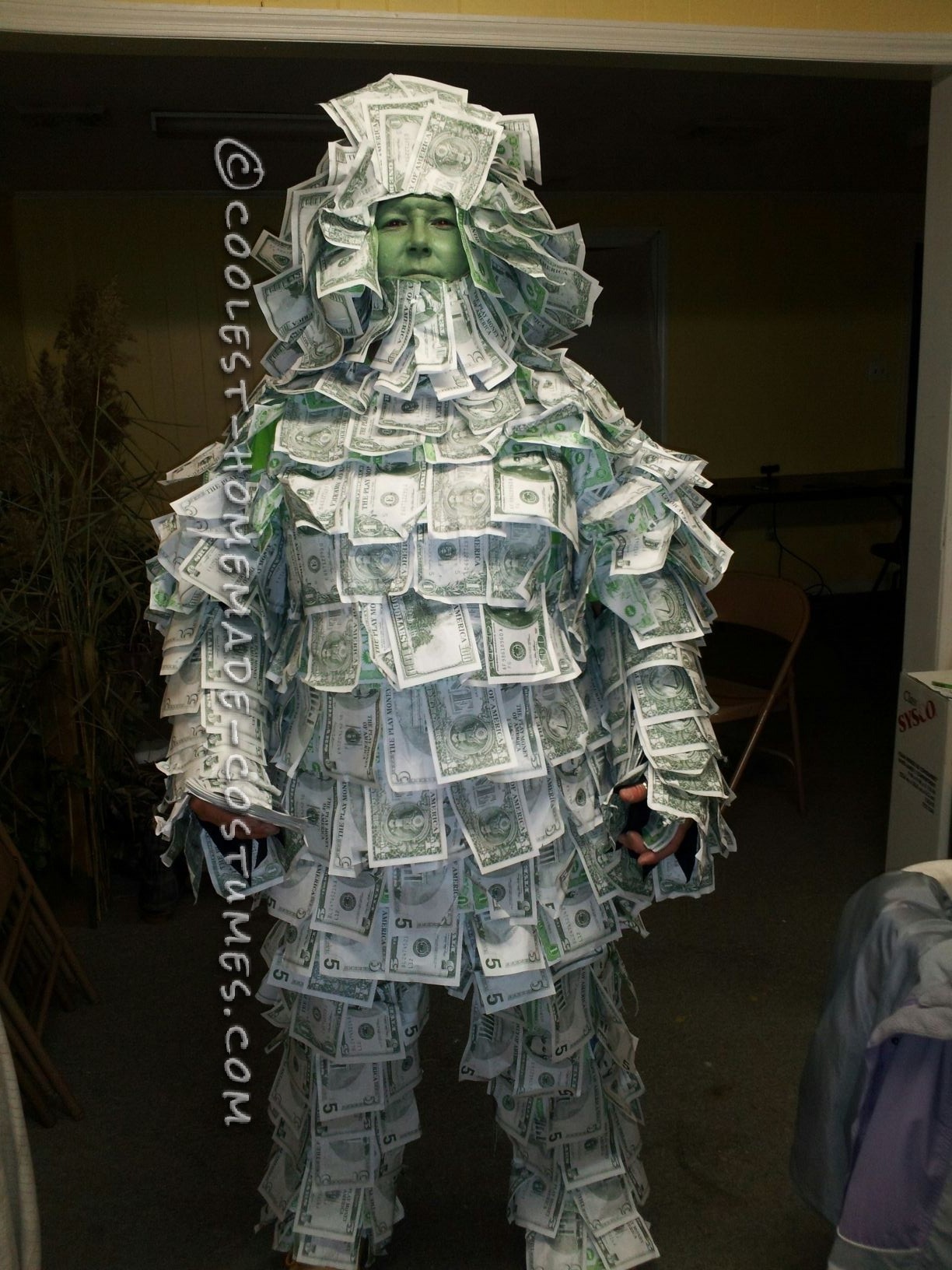 After watching the Geico Money Man commercial I knew what this year’s Halloween costume had to be!

We started with a long sleeve t-shirt and a pair of old jeans. I bought kids play money from the Dollar store and started hot gluing onto the shirt first. I alternated front to reverse side of money. After getting it glued on the whole shirt we decided it wasn’t very realistic looking so we bought larger money from the party store since this more resembled actual money.

I cut the money in half and hot glued layering over the smaller money. This worked well since it gave more depth to costume. Next, I glued the pants the same way, layering with both types of money. For the hair I glued mother money onto a doo rag but had to be careful as the glue was melting it. The face was done by gluing money on a beard. This was the hardest part of costume to put on as it took sometime for spirit glue to set.

At the costume parties I tossed around play money like it was falling off me. We went to 4 parties and won 1st at each!