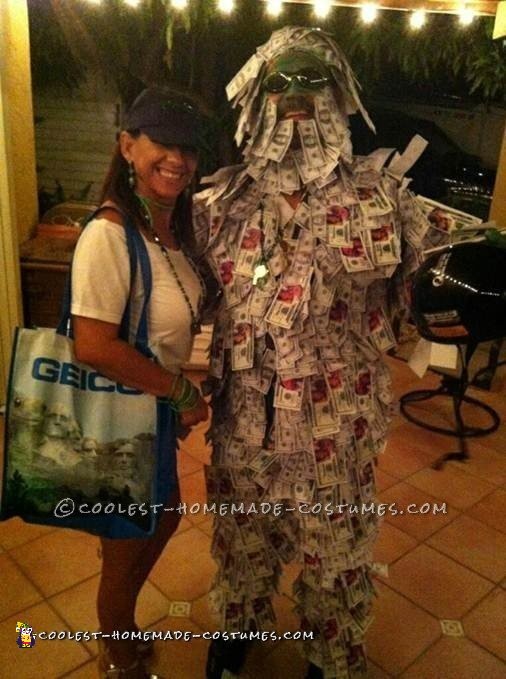 My husband and I dressed up as the Geico Money Man for a party in March 2014, but the theme was Halloween….

We are motorcycle riders and we thought it was a great idea to dress up like the money man and roll down in our motorcycle, with all the money flowing around. The money is not real, is play money from Party City and we stuck it with Elmer’s glue.

He also used green color to paint his face and hands, also he got glue face to glue the money on his face.  There were around 500 to 1000 people, however only 15 couples entered in the contest and we won first prize gift certificate for a nice pricely restaurant.

AND yes, he did get bum rushed and plucked like a Thanksgiving turkey, plus people thought it was real money.

We had a blast and everyone thought it was a great costume and original.