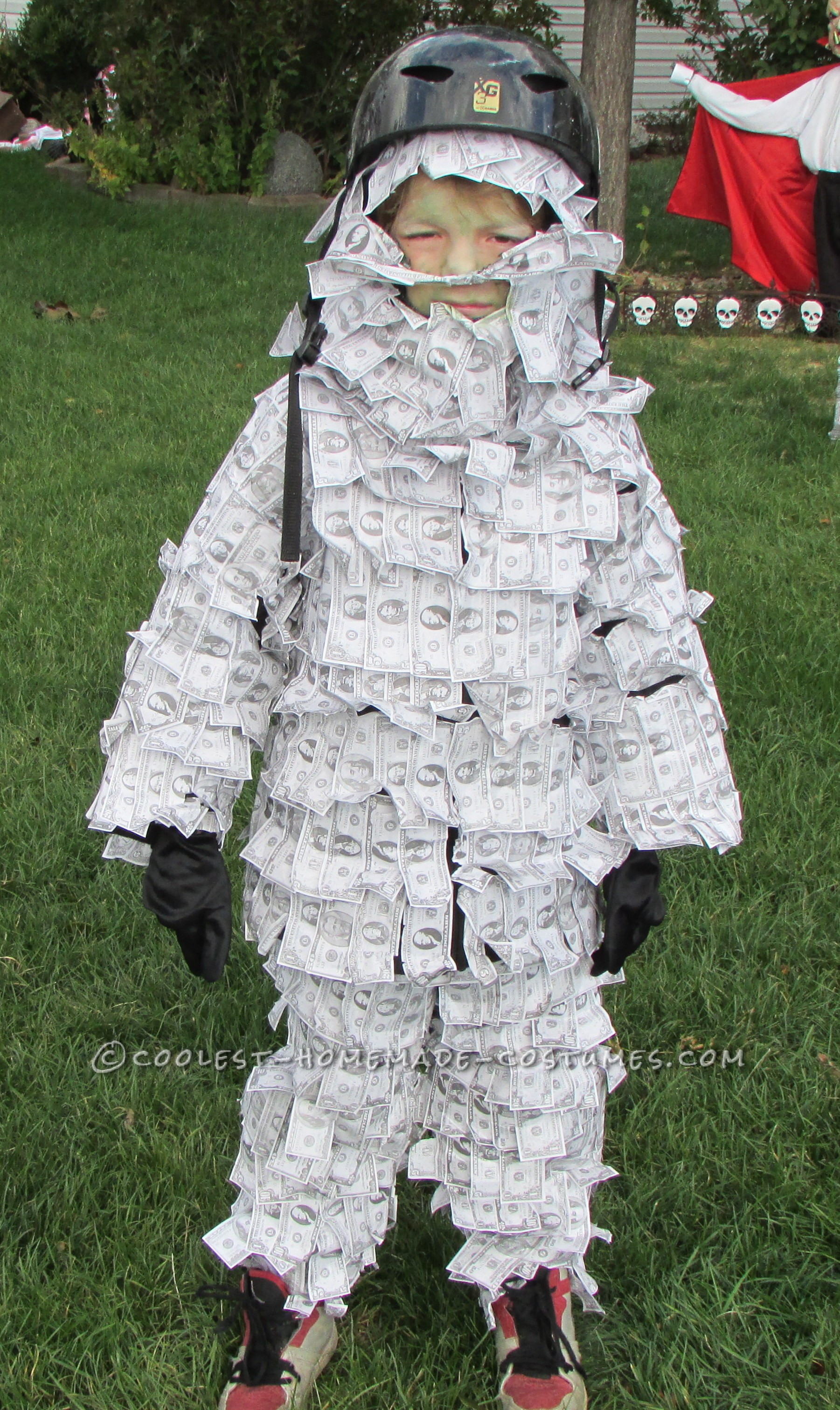 My 8 year old son loves the Geico Motorcycle commercial with the Money Man riding the motorcycle so he asked if he could be that for Halloween.  I initially thought I’d have to make copies of real money to pull this off but found replica money (looks identical but a little smaller) on Ebay.  It came in packs with 1’s, 5’s, 10’s, 20’s, 50’s and 100’s.  I bought my son a pair of sweats and a zip pull up shirt with a high collar. To put the money on, I used a hot glue gun. I initially tried to put a line of glue across the sweats and then add the money but it would start to harden too quickly so I ended up putting glue on each bill and sticking them on.  It sounds like it would take long but it really didn’t.

Once finished I had my son try it on and since the shirt had all the glue around it, it no longer stretched to fit him. I then ended up buying a full zip fleece jacket type and did all the money on there.  That worked much better and he was able to get it on and off and zip it just fine.

Since the money man has hair, mustache and beard made of money, we thought the easiest way was to use a ski mask and attach the money to that. It worked out great and he can slip that on and off easily. I then put a little green-white face paint on the exposed parts of his face to match the color of the money. He has a dirt bike so he just used that helmet and some black gloves to complete the look. I am attaching some more money to a few fishing lines and will tie them to the back of his dirt bike so on Halloween he can ride down the block and it will look like money flying off him. It was a relatively easy/cheap costume to make and he already won 1st place in a local contest.