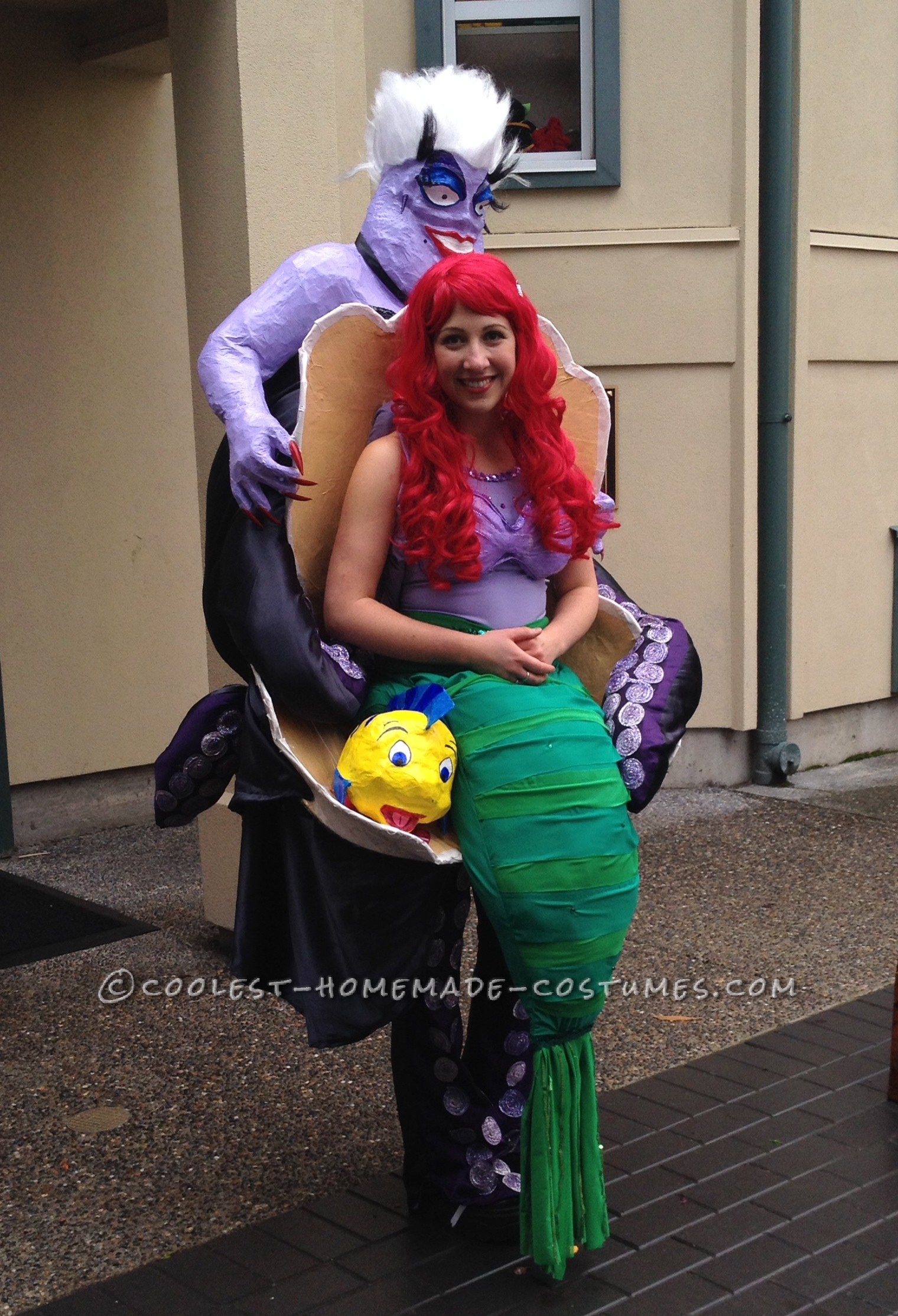 Hi!I am a schoolteacher and I love to make a fun costume each year to wear to school. I made this costume from scratch using mostly plaster, paper mache, paint, fabric, and about 10lbs of stuffing! It is just me in the costume; my upper half is Ariel and my legs are the tentacles.

Halloween costume making has definitely become a bit of an obsession for me. Instead of the usual “start of school” anxiety dreams, this year I had several dreams that it was Halloween and I didn’t have a costume (a true testament to how costume-crazy I have become!). My obsession has gotten to the point where my fiancé didn’t even bat an eyelash when he came home and found me sitting on a plastic drop sheet with my arms covered in plaster casting (for Ursula’s arms). He simply shook his head and said, “Only you…”

I started making the costume back in September and spent over 100 hours building it (I lost count). Even though it took so long to make (not to mention how much it took over my one-bedroom apartment…ha ha), it was totally worth it after seeing my students’ faces. I love sharing the process with the students and telling them about the problems I came across and how I solved them.

My first step was to create Ursula’s head. I sculpted her head using a Styrofoam wig stand. I used newspaper to create her features and a travel neck pillow for her giant chin. I then covered it all with plaster casting strips and manipulated the plaster to define her features. I then used plaster casting strips (modeled from my own arms, pop bottles and tin foil to sculpt her arms and torso).

I then used a child carrier backpack that I purchased from a thrift store. I attached foam core and a hula-hoop-type children’s toy (with a hole for my body to go into) to the backpack. I then shaped the foam core and the hula-hoop into the beginning of the clam-shell.

The next step was to paper mache the clam-shell and Ursula’s torso/head so that it all became one piece.

The paper mache process took a really long time, as I had to wait quite a while in between to allow the costume to dry completely.

After I had put several layers, it was finally time to paint (the best part because then it really gets to come to life). I used both spray paint and acrylic paint and then finished with modge podge to create shine. To make it extra fancy and life-like, I added giant false eyelashes, long fake fingernails (painted red of course) and a “mad scientist wig”.

Ursula’s black dress and tentacles were made using fabric and a pretty purple ribbon for the “suction cups”. After sewing all of the parts together, I stuffed it with polyester stuffing. At this point, the costume started to take on a life of its own!

For Ariel’s tail, I sewed strips of green fabric together to create the scales. I then sewed it into a tail shape and stuffed it with even more polyester stuffing.

To create the illusion that Ursula was carrying Ariel, I sewed pants that looked exactly like the other tentacles and wore those on my legs. I also wore super high boots to balance out the height of the upper part.

Oh yes, I must not forget Ariel’s clamshell bra. That was constructed using giant shoulder pads (an 80’s throwback), plaster strips, paint, stick on gems, and elastic. I also created the shirt to go under it to make it school appropriate.

I finished off the look with a long red wig. Several students asked me if I had dyed my hair for the costume, which was pretty funny considering I normally have quite short, blond hair.

I also made “Flounder” (Ariel’s fish companion) using a balloon, plaster strips and paper mache. I made him because everyone needs a buddy from time to time. He was a bit of an afterthought, but he ended up being several people’s favorite part of the costume.

The reaction at school was awesome! The students were so excited and wanted to know all the details about it. They had so much fun figuring out how I was both sitting in the clamshell and able to move around. Believe it or not, I actually taught a lesson on contour mapping while wearing the costume (that was interesting). I must admit that I did knock over school supplies (staplers, hole punchers, water bottles…) in the process!

I also wore it downtown and felt like a celebrity with so many people asking to take my photograph.

It was so much fun, but my shoulders are definitely ready for the costume to be stored away for a while.

My past costumes have included a peacock, Medusa, Queen of Hearts, a Venus Fly Trap, and half-witch, half princess. My students are already starting to ask about my ideas for next year, yikes. 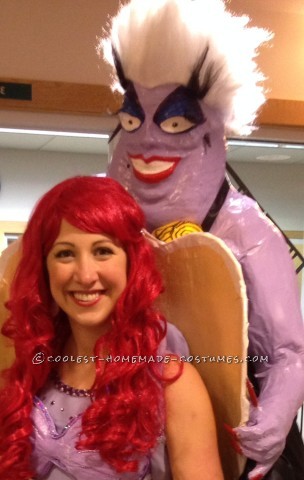 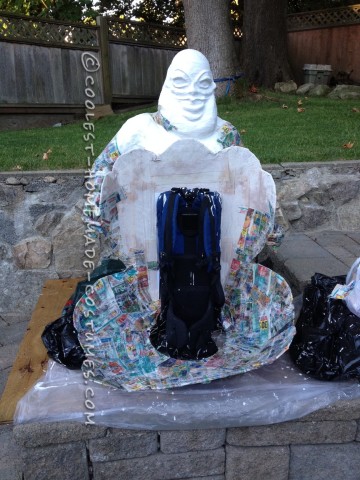 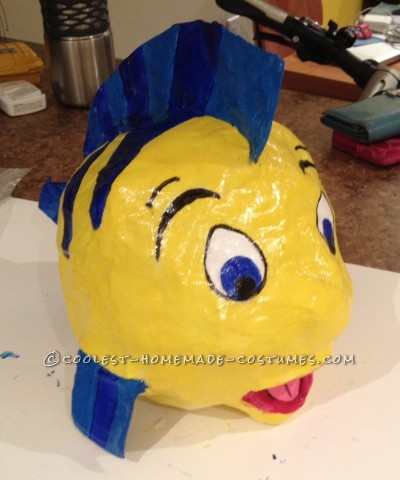