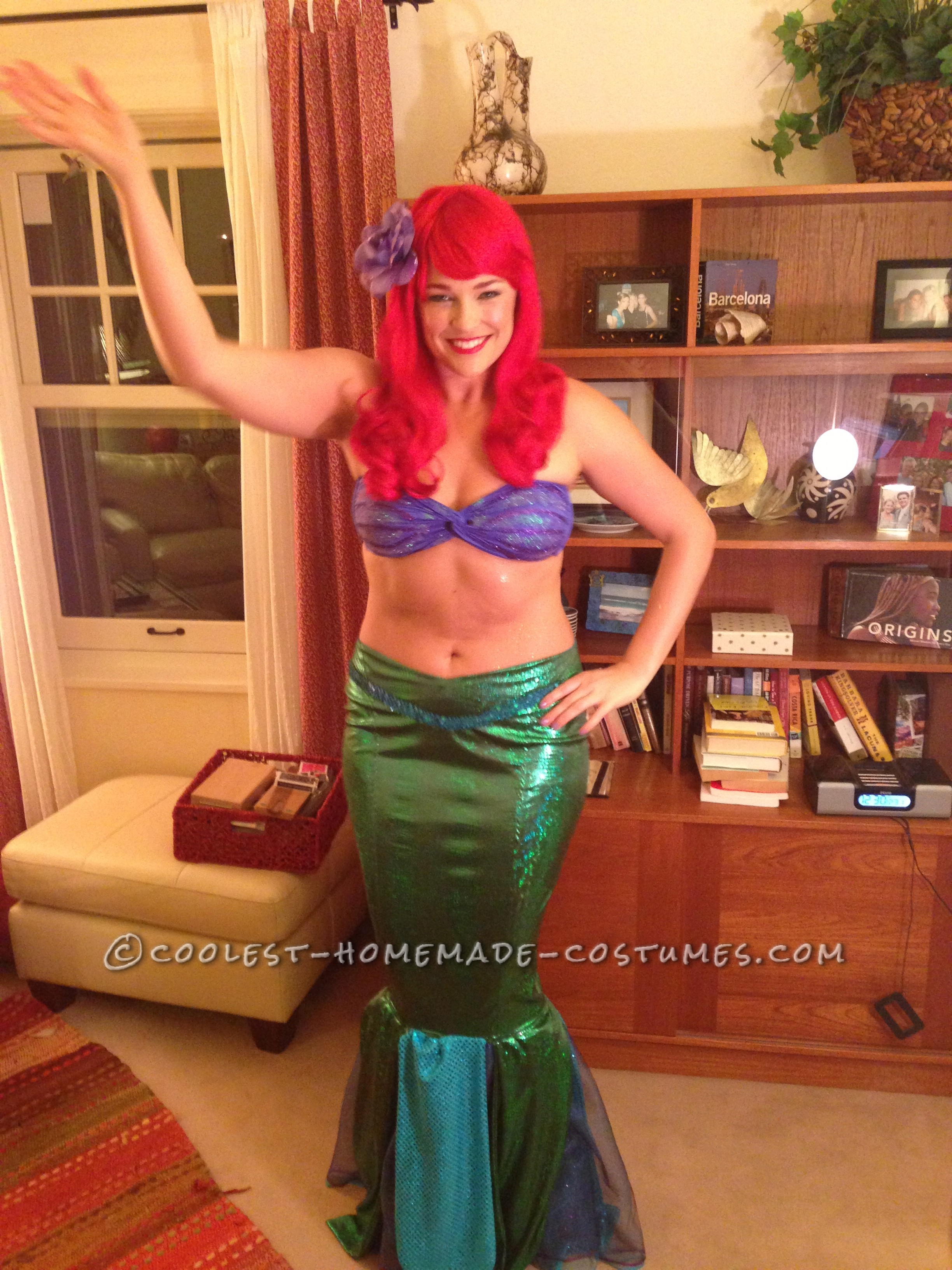 I was eight years-old when the Little Mermaid was first released in 1998, and ever since, I have always wanted to be Ariel.  This year, as a 31 year-old woman, I decided was time!  In the beginning of October, I spent about 5 hours looking up costumes, but all of the pre-made Ariel costumes looked cheap, were not long/big enough for a tall woman, and/or were way too expensive (Etsy!).  So, I begged my mom to please make my tail, as she is a fabulous seamstress.  Needless to say, she thought I was a little bit crazy, but agreed to it anyways.

I spent another 5 hours looking for the perfect top.  I decided to go wtih a purple bandeau bikini top that I would add glitter to.  However, the first top arrived, and it was not the shade of purple I was looking for.  The second top, which I paid $85, wasn’t right either.  So, I decided to work with the first top to create the vision I had in my head.

My mom flew up to to fit the tail on me, and we worked late into the night – on a school night, no less!  My mom put the finishing touches on my tail, while I bedazzled the bikini top.

I somehow convinced one of my guy-friends to be Sebastian, and he went all out with a homemade costume.  He had a shirt made that read “Keep Calm and Kiss the Girl.”  He also wore red suspenders, a red bow-tie, claw oven mitts, and a random lobster hat.

The Saturday before Halloween, Sebastian and I went to a party.  I have to say, we had the most fun dressing up, taking pics, and dancing at the house.  When we got to the party, we found out it was a Rave, which is not really our scene.  However, EVERYONE loved our costumes.  Everyone asked to take photos with me, as if I was an actual Disney Princess.  A lot of people broke into song, “Under the Sea,” as I would pass by.  Let’s just say, it was a total crowd pleaser!

On Halloween, I had to tame down the outfit, as I am a highschool principal.  So, I wore our school t-shirt instead of the bikini top and became “The Big EA Mermaid” by day.  Later that night, I got back into the bikini top and went to another party with a different Sebastian!

What I have learned about Ariel is that everyone loves her, and she just makes people happy!  Halloween 2013 was one of the best yet! 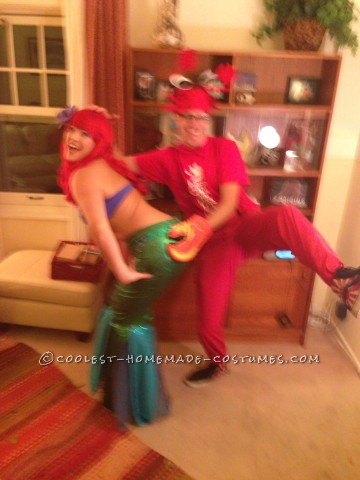 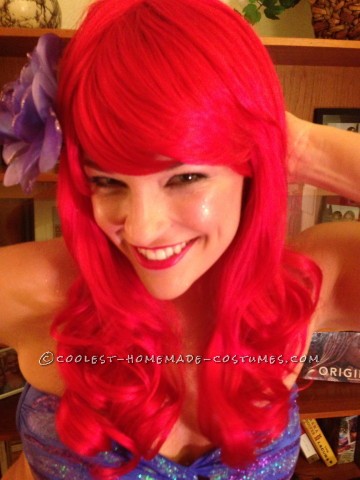 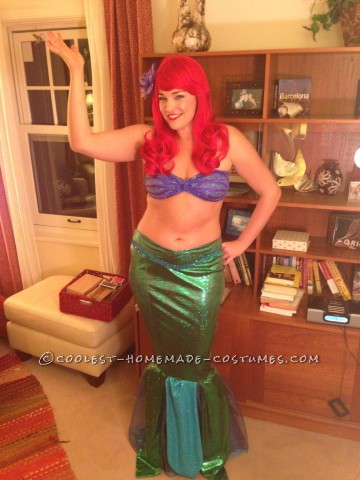 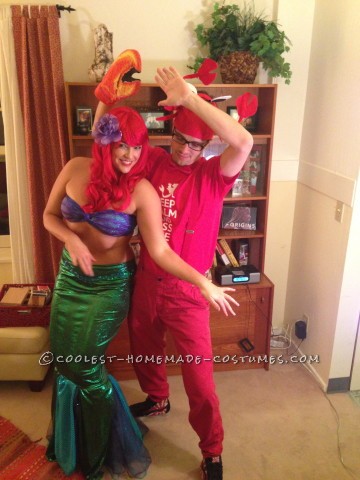 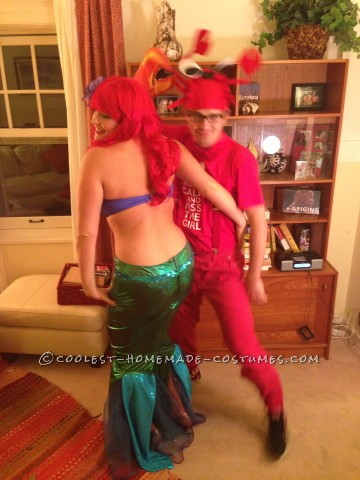 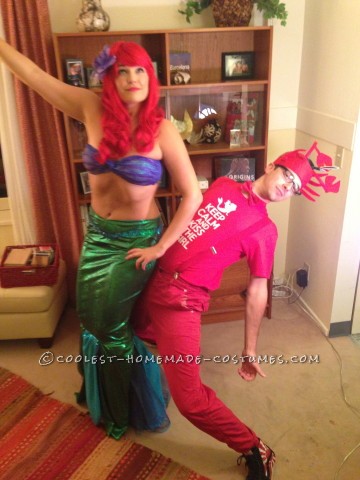 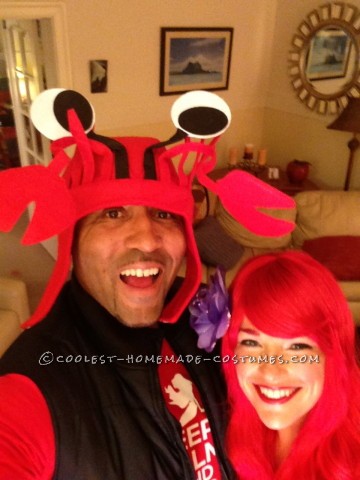 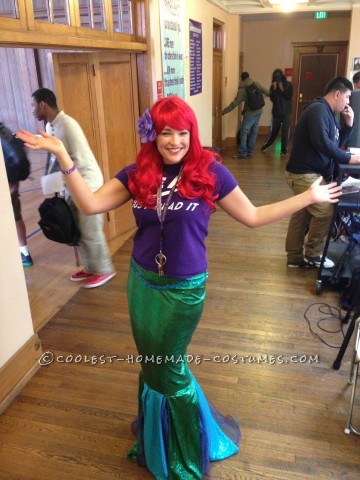