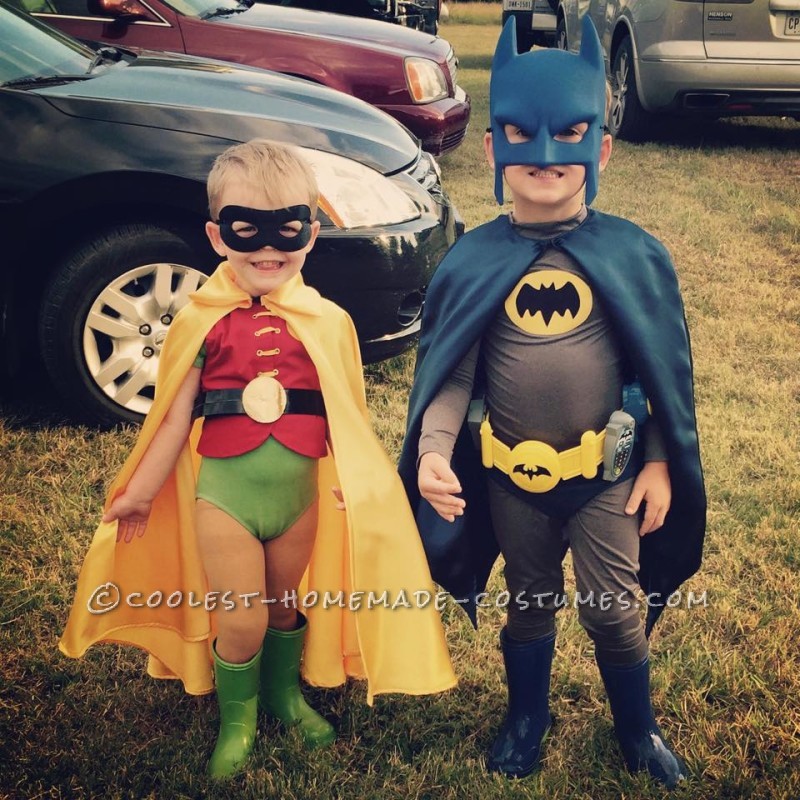 I created Batman by purchasing boys compression pants and shirt, then I simply cut out the Batman emblem and added it to the shirt. I then purchased girls seamless panties and blue rainboots for boys. I also purchased the Batman mask and the utility belt. I then found a sewing pattern that matched Batman’s cape somewhat then tweacked it to match Batman’s cape as well as I could.

Robin’s outfit was a little more work… I found some tights dyed them a tan color (not too bad) then I bought a pale pink leotard removed the dye from it then redyed it so it would be green! I bought a sewing pattern for a vest and used it to make my own pattern for the red vest. I used real eyelets and laced the yellow ribbon through the holes. I made his belt by purchasing foe leather belting and attaching a belt accessory and then I found some gold fabric to make the fake belt buckle.

I made the cape by simply using a sewing pattern. His shoes are rainboots that were originally black that I spray painted green to match his top. I cut out the Robin emblem and attached it to his red vest to complete the look. And as for his mask we just so happened to have it laying around the house for playing with! :)

My boys were absolutely thrilled about their costumes they couldn’t wait to wear them. Luckily they were able to wear them about three times! Someday my little one might really dislike me for his “Robin” costume, but it is well worth it because he was so stinking cute, everyone loved it. All I can say is don’t ask for something unless you absolutely want it!! Lol ;) 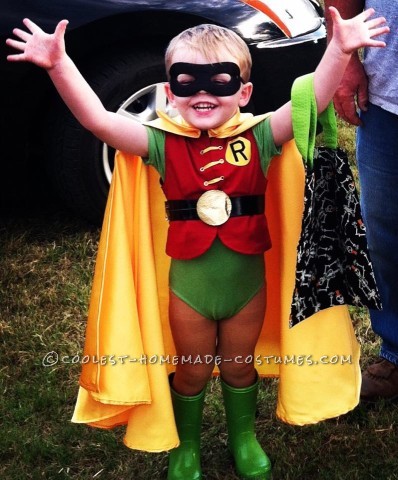