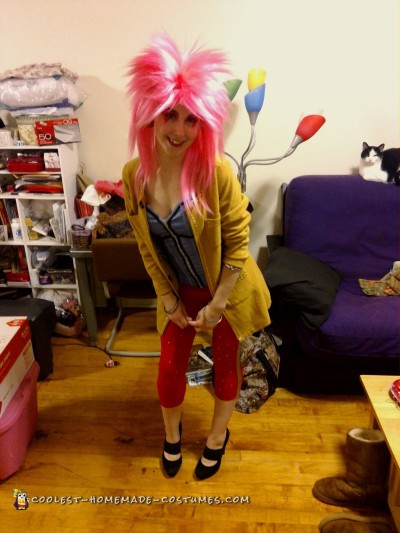 This Jem costume is my favorite out of any that I have done. I modeled my costume after a particular Jem outfit that wasn’t heavily featured in the show, but was on dolls at the time.. I had only ever seen people do the pink dress, but I’m more of a jacket girl, so I went with the blazer.

Miraculously, with two weeks to go before Halloween, after scouring all over Boston, I found a vintage yellow blazer in the right cut. The pants were yoga leggings that I cut, and sewed on sequins and bias tape. I used sewable adhesive tape under the bias tape. It came loose in a couple of spots after two wears, and A LOT of dancing, but held up well for being on stretchy fabric. I already had a cheap white corset for another costume. I dyed it blue and hot glued on the black ribbon to match Jem. Next came a wig, make up, and some shoes and jewelry that I already had. Tried really hard to find red star earrings, but I ran out of time.

I didn’t win any contests at clubs with my Jem costume (goth scene, lots of competition), but I did get a load of compliments even from the many people who did not recognize me as Jem. That included a man whom was friends with doll collector. He did not know my character, but he knew the outfit from the doll! 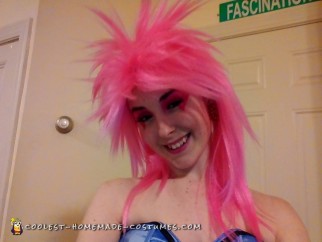 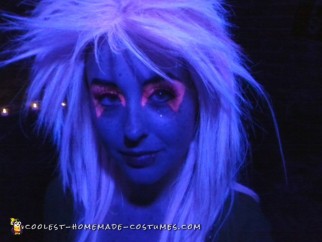