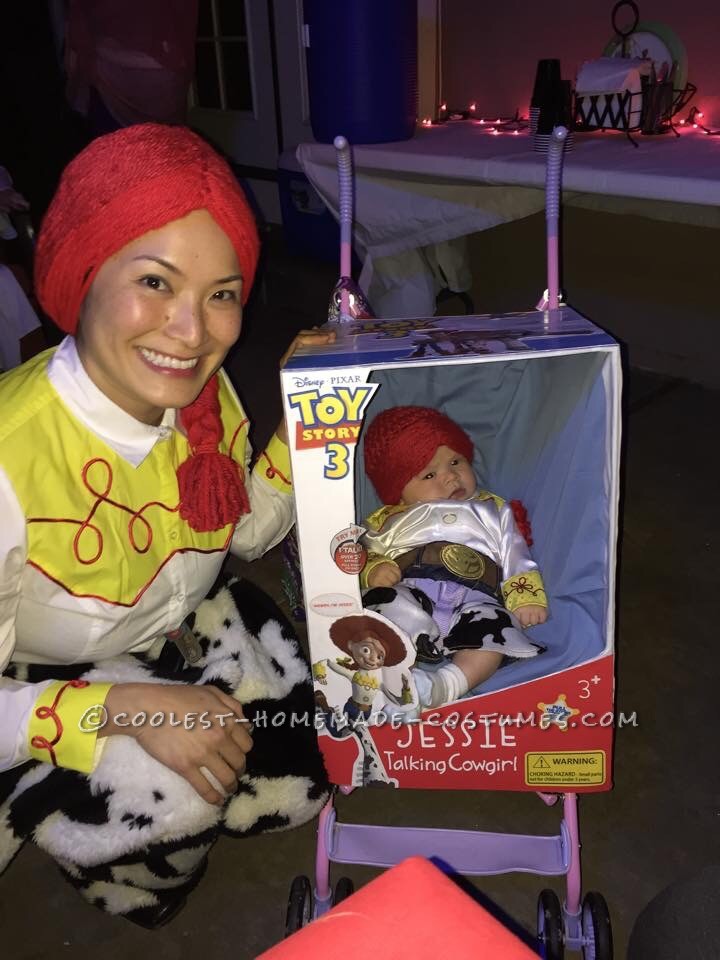 I wanted to make a costume for my three month old baby that would make it easy for me to take her out trick or treating with her older brother this Halloween. I decided that a stroller costume would be my best choice, but felt like the Cabbage Patch Doll stroller costume has been done by so many people already.

I wanted to make something unique that I haven’t seen before. Since my son was going as Woody from Toy Story, I figured she would make a great Jessie. So I set out to make a Toy Story Jessie Doll in a box stroller costume.

First, I found a box that was the perfect size to fit over my stroller (coincidentally, it was the Disney store box that my son’s Woody costume came in). After cutting holes in the cardboard box so that it would fit over my stroller, I lined the inside of the box using a hot glue gun with a flat bed sheet. I checked to make sure I had enough slack in the fabric so that when the baby sits in there, the material wouldn’t be too tight and start coming apart from the box. I also cut slits in the fabric so that the stroller’s harness can still be used on the baby.

I bought some color poster boards and cut them to make the various background colors that appear on the actual doll’s box. I printed out the various pictures and signs and glued them on to the box. I used my cricut machine to make the letterings. Once everything was glued on, I covered the box with a layer of ModPodge to seal everything in and give it the shiny box look.

Due to the cold weather, I decided to crochet my daughter a beanie wig and forgo the hat (especially since the real Jessie doll doesn’t have her hat on in the box either). Everything worked out great, the cardboard box protected her from the wind and the beanie wig kept her nice and warm. 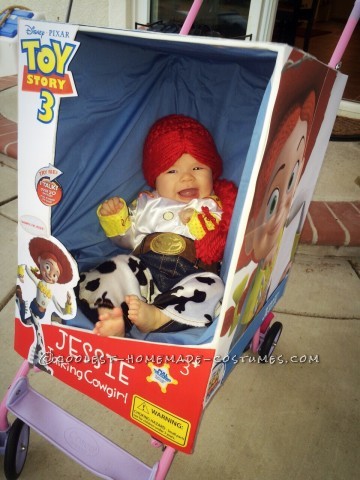 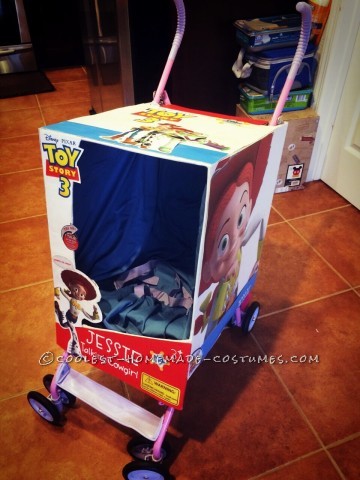 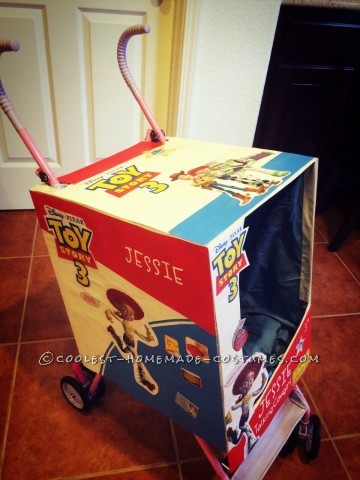 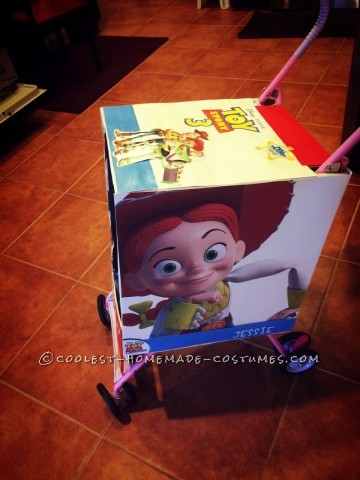 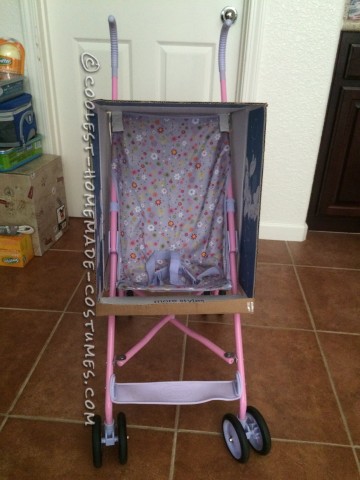 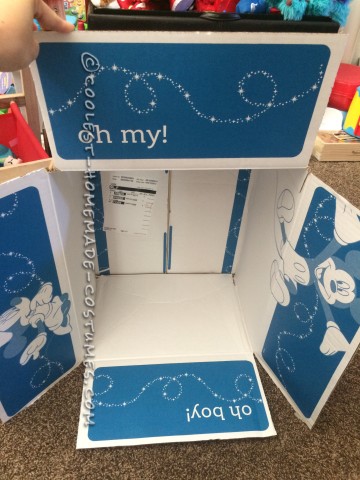 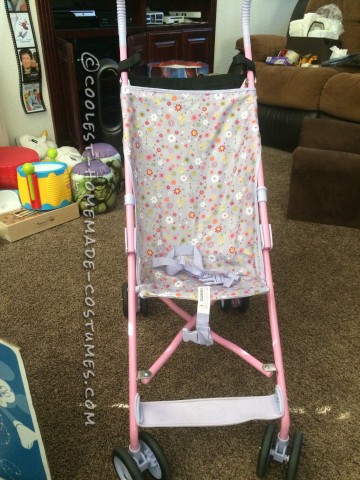 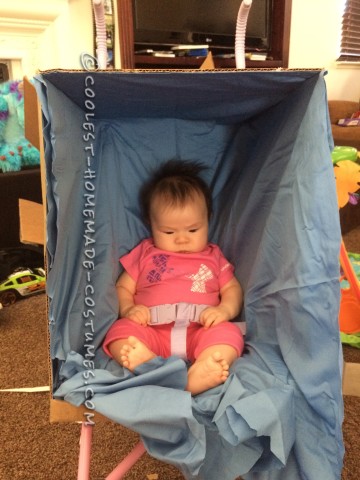 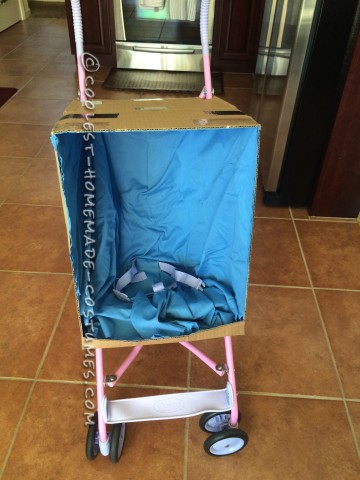