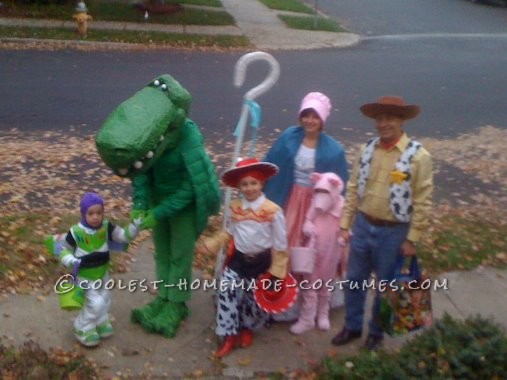 We dress up with a family theme every Halloween.  This was our best ever.  My three kids, Andrea age 3 was “Buzz”, Charlotte age 7 was “Jessie”, and Molly age 5 was the skinniest “Hamm” ever.  My husband Andre is “Woody”, and our sweet au pair Christin, from Germany, was “Bo Peep”.  But the most fun was the paper mache head I got to wear as “Rex”, made by me and my cousin Gretchen (but mostly Gretchen).  She molded his head around a roasting pan.

We had so much fun walking around the neighborhood.  At the local firehouse, Bo Peep’s dress was too wide to fit through the door, so she and I waited outside.  As we waited, children started lining up to take photos with us, as if we were actors at Disney World.  SO much fun.

The only costume I purchased was Buzz.  Molly’s Hamm costume is made from pink flannel pajammas, and her nose is papermache covered with pink flannel.  I sewed Woody’s vest, and his yellow shirt from Goodwill I drew lines on with red magic marker.  I sewed a pull string to the back of his vest that all the kids enjoyed pulling.  (I never finished the 3 big buttons I meant to have on the front of his shirt).  We sewed the ribbons across an old dress for Bo Peep, and made her crook with white electrical tape wrapped around carboard tubes.  Jessie’s shirt was actually two shirts – a white and a yellow that I stiched together, and then sewed on red yarn for the piping.  I bought all of the hats, but made the trick or treat baskets myself.

My son’s birthday is a week later, so we did a Buzz Lightyear theme party and got to use the costumes one more time. 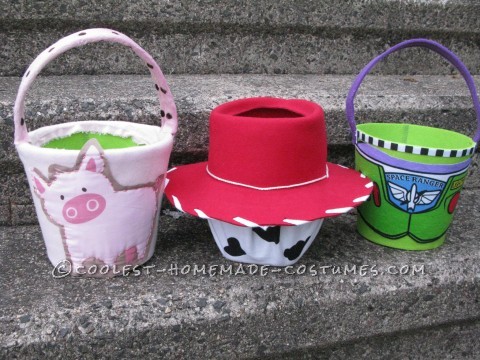 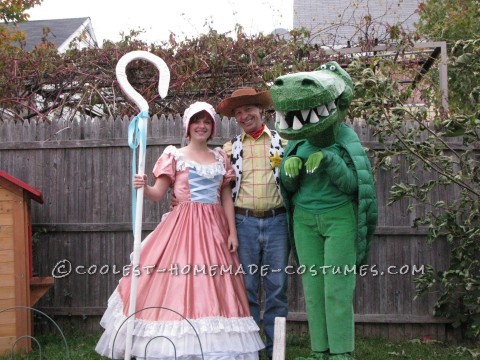 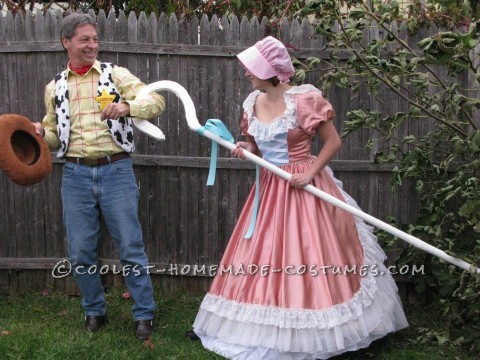 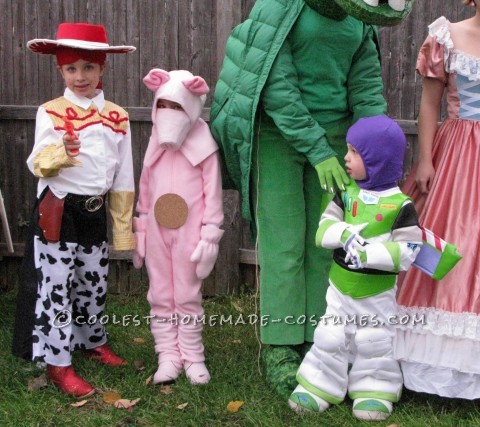 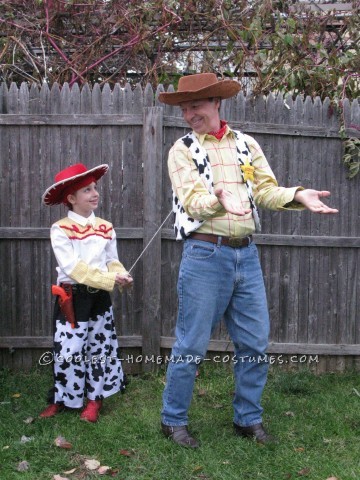 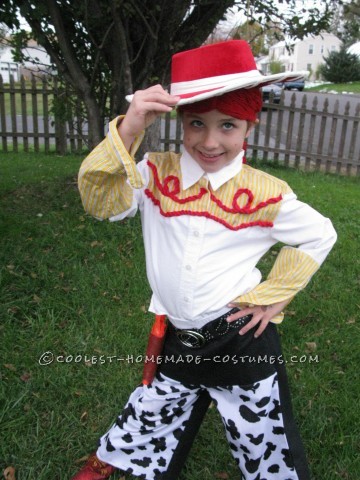 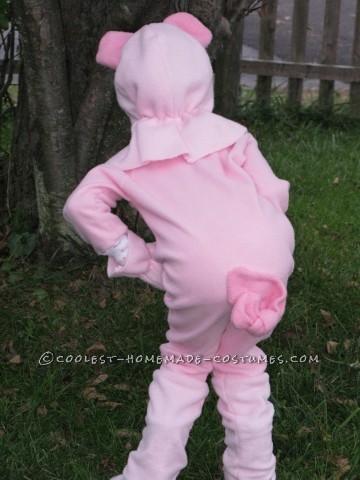 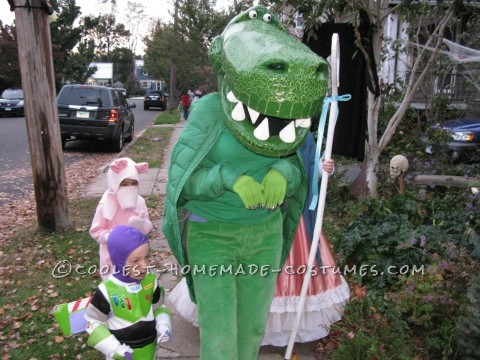 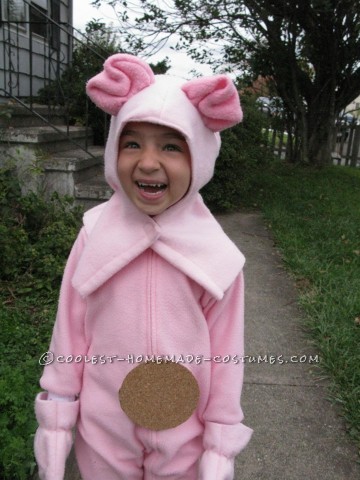