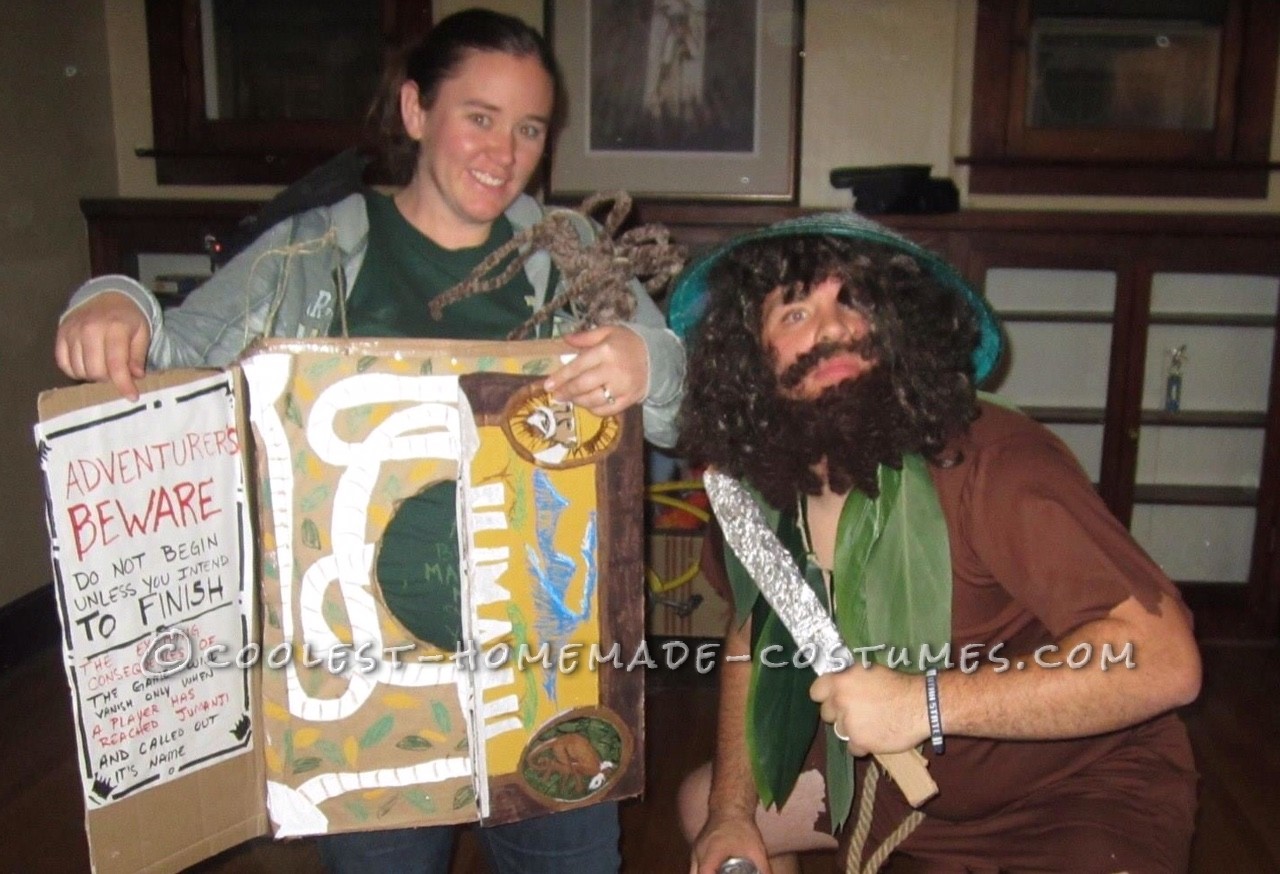 Being pregnant and finding a creative Halloween costume is not a simple task. My husband and I decided we wanted to do something with Robin Williams since we both loved his acting. Then it dawned on me, let’s do Jumanji costumes and be the Jumanji board and “Alan Parish” from the movie JUMANJI!  My growing belly could be the orb in the center that tells the game players what weird thing is going to happen next.

We had to procrastinate a little because we had no idea how big I was going to be at halloween. So the week of Halloween we started building my costume. We took a box that would fit around my body and trimmed it up so it was really snug. We then cut the circle where my belly was (which was very tricky by the way) to create the orb. We then attached two side flaps to the original box to allow the board to open and close.

I drew all of the artwork and we attached it to cardboard and I wore it around my body hanging from ropes that sat on each shoulder. We designed it so you could open and close the board (revealing my ever growing belly). We purchased a bat and a spider that were hung on my shoulders for effect. One thing I wish we would have remembered was to have the Jumanji music playing from a speaker attached to me in some way. We had planned to do this, but in the chaos of things, forgot.

For the Robin Williams costume we found an old hunchback of Notre Dame gown thing, and cut it up to our liking. We used banana leaves that they use to make Polynesian skirts for the neck piece, an old Jesus costume wig and some glue on wool for the beard. We found the hat at a costume store for $4 and made the sword out of cardboard covered in tinfoil.

Let’s just say this costume was a hit and was way better than anything I could find online for my pregnant self.

Let’s just say the costume was a hit! Everyone loved the creative use of the prego bump and the tribute to Robin Williams. 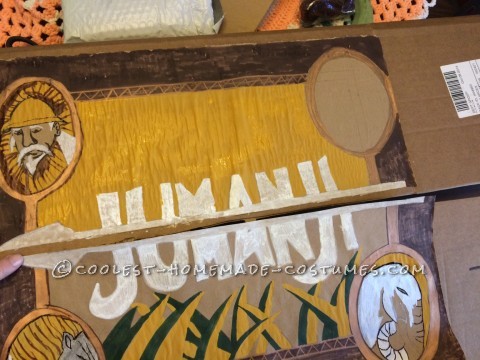 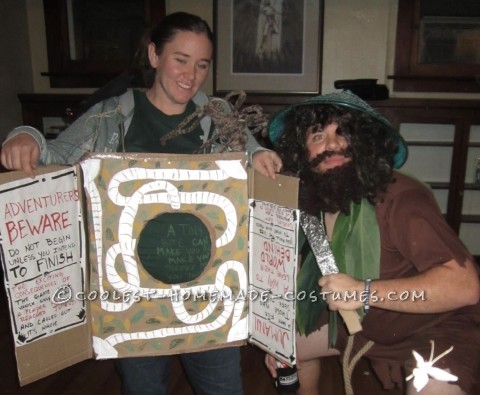 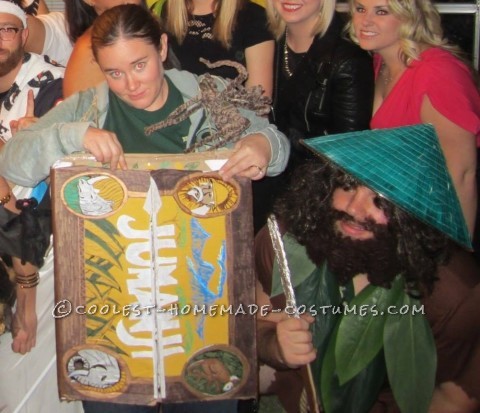