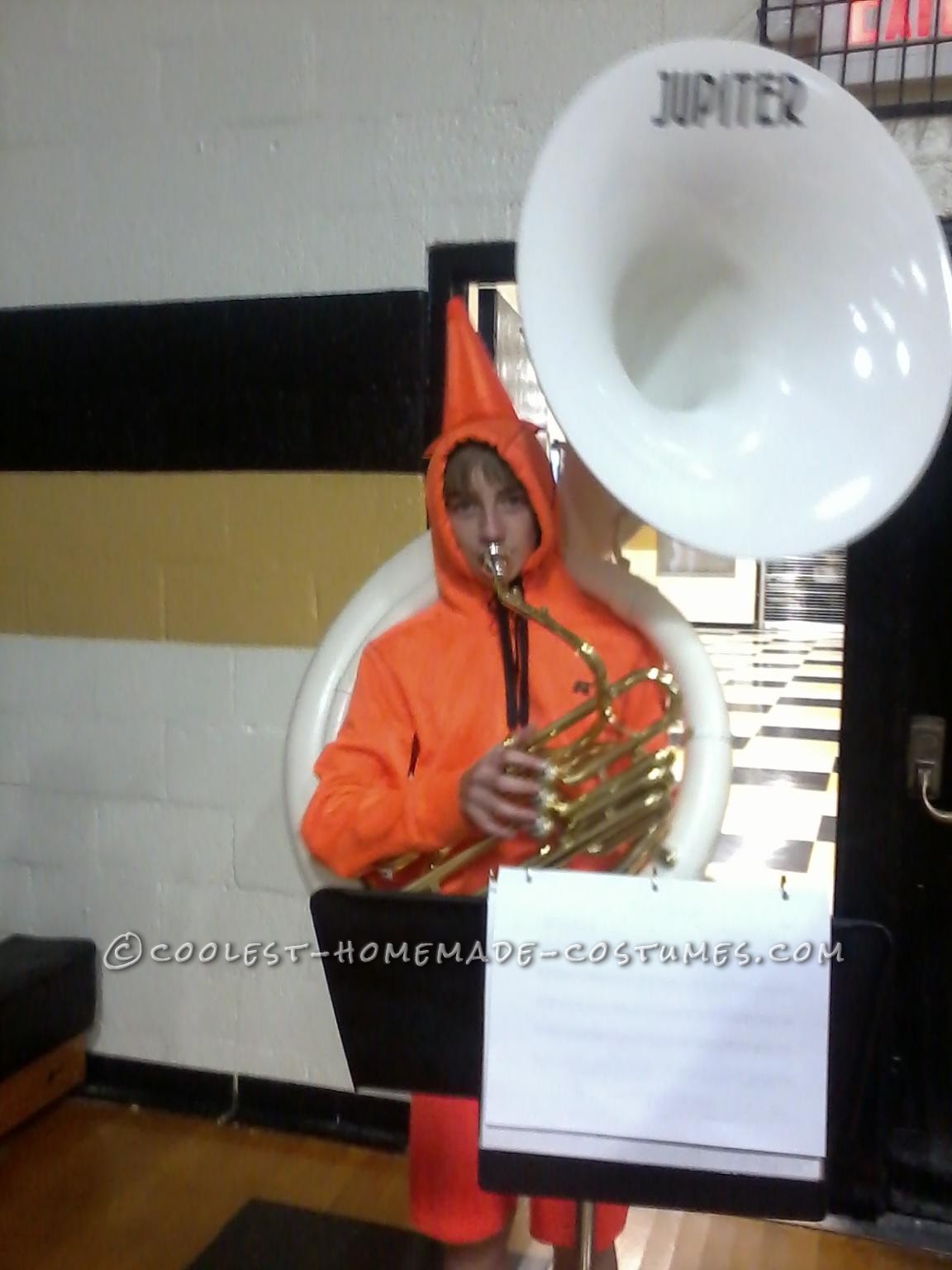 My son runs for the school’s high school cross country team. He has a habit of dressing in bright colors, particularly bright orange. The other members of his team had taken to calling him a traffic cone during practices. His costume was to wear his orange running clothes and he ended up adding an orange hoodie since it was cold that day. He topped the costume off with a plastic cone tied under his chin like a party hat.

My son also plays in the high school band. I found it hilarious that a traffic cone was playing the sousaphone. The band provided the music while the elementary students paraded through the gym for the middle school, high school and parents to watch.

The staff in our school gives prizes for costumes in several categories each year. When he came out for judging he sat on the floor, like a traffic cone. He won prizes for most comical. It was personality as much as costume.

This is an easy costume for many families. Bright colors are pretty common right now. The plastic cones were about $3.