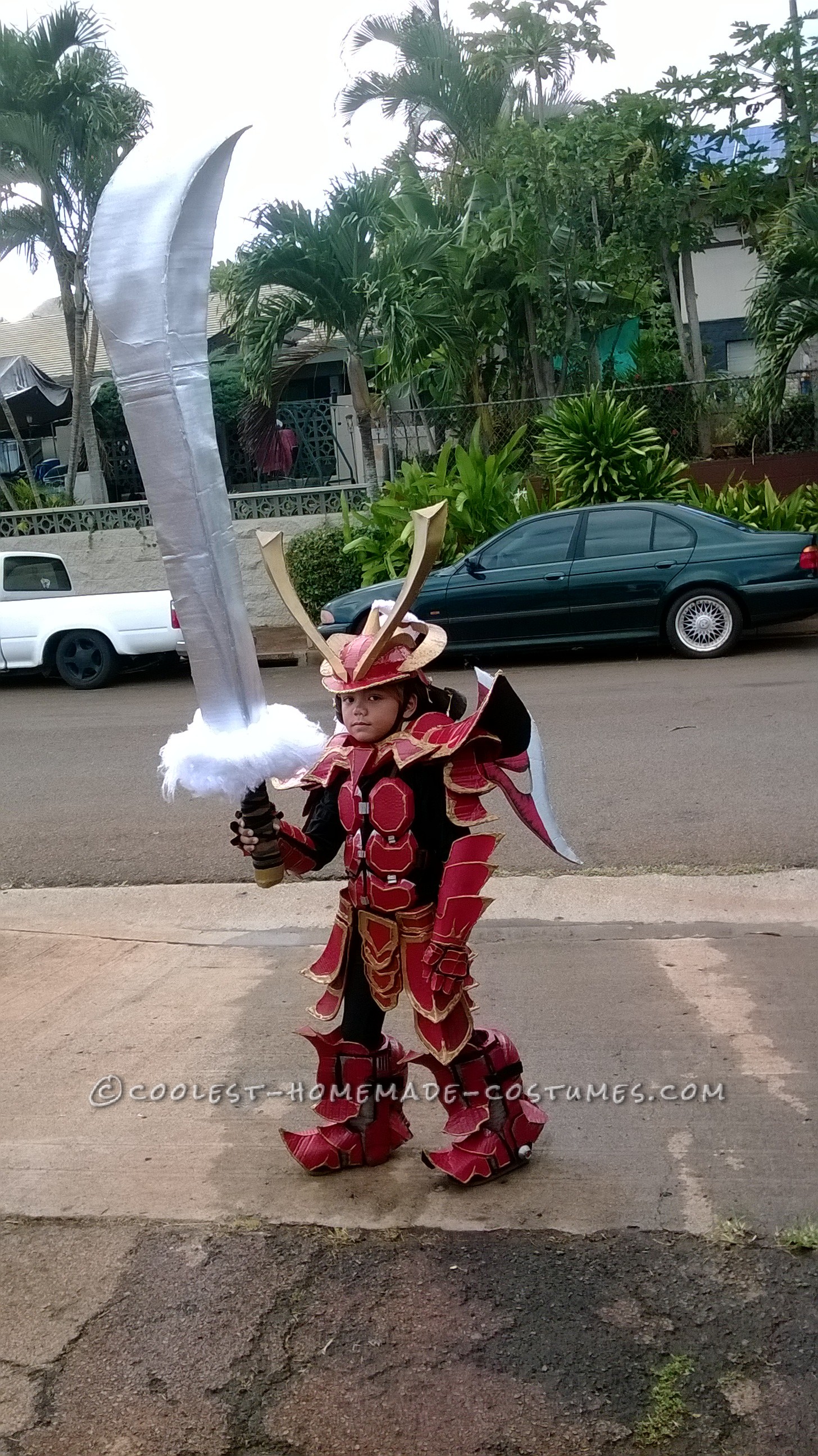 Let’s just start by saying this Samurai costume has been 4 months in the making give or take.  It started with a creative itch and a grown man’s love of  action figures kinda dream, I digress.  The costume is 98% recycled cardboard (most of which was hoarded from Costco as workers glared) the other 2% being hot glue and reclaimed straps from bike helmets, backpacks; knew they’d come in handy one day :).  The samurai helmet was the first piece created, made to resemble feudal Japan’s warlord headdress but evolved to a mech warrior motif. The shoulder pads began to reshape the samurai concept, mainly my pushing the envelope in how to create shapes and curves where cardboard is normally not the material of choice.

After a few glue gun blisters (some of which were at least 3rd degree.. ouch) and a lot of makeshift prototypes, the armor began to take shape.  It’s much easier to see it in your mind’s eye than it is to actually fabricate . The rest of the armor design had evolved with each step since the initial plan did not include the winged blades and front and back body armor (the most time consuming since it was intricate).  The boots and the back armor were my favorite since they have a unique design that pretty much flowed as it was being created. What started as a simple project, over time became piece by piece  an over the top or “OCD” costume according to my wife.  However, The tetsusaiga sword adopted from the anime Inuyasha was my wifes idea, no kidding.

Kids and parents love the costume but it’s usually the parents that stick around and ask questions or take pictures with.  One guy even handed my son a “prize” to give to his dad (me) for all my hard work.  This being my first attempt at fabricating much less fabricating with cardboard, I’d say it was well worth the effort.  I’m hoping my son (7yrs. as of the 10/11) gets more raves as we near Halloween, after all, what boy doesn’t want to get all the attention right? 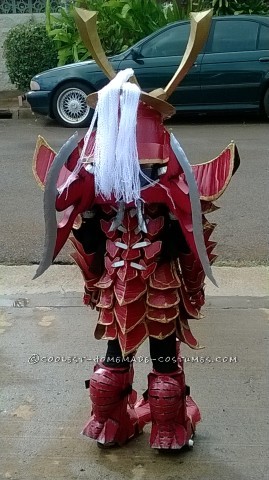 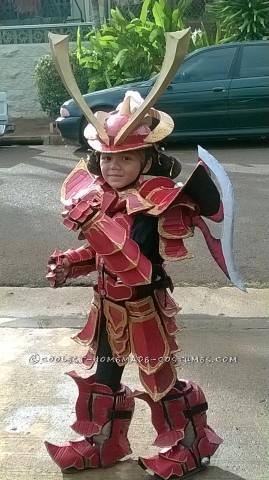 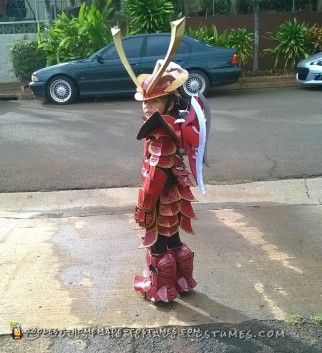 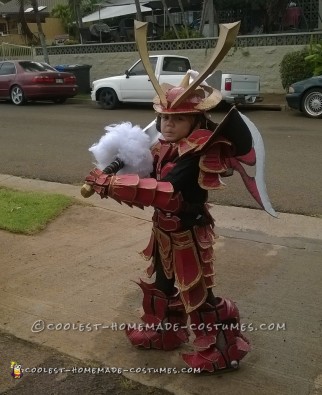