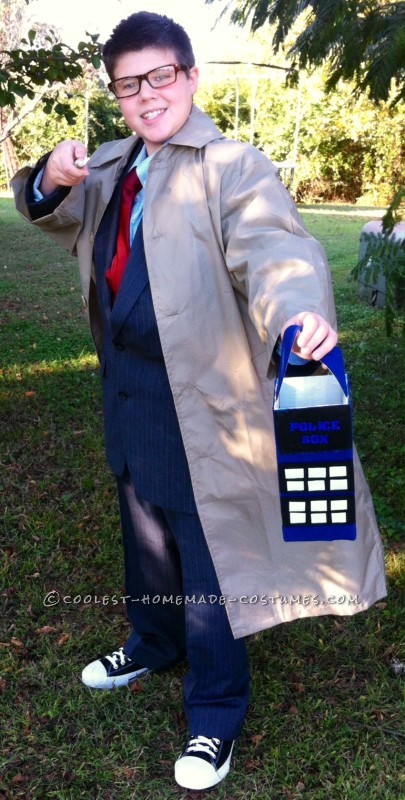 My son wanted to be the tenth doctor from Doctor Who. I looked online at custom made costumes and they weren’t at all in my budget.

I purchased the shoes at Walmart for around $13.00. The funniest part of this costume was when he went to a costume contest and was greeted by someone dressed at the twelfth doctor! I made the tardis Halloween bag from a saltine cracker box, blue and black felt, white duck tape, tacky glue, and self adhesive letters. My son loved it!