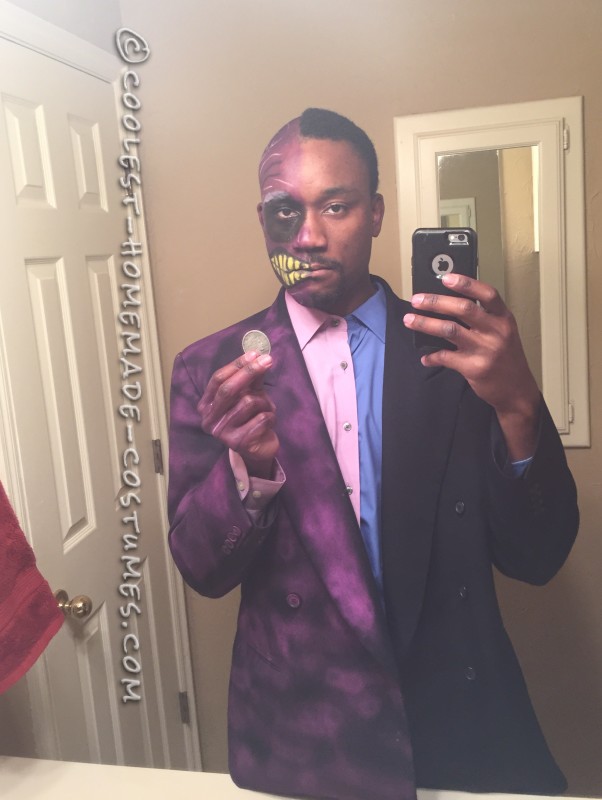 I was inspired by this costume because my wife bought me a silver two face coin for my birthday in October. I liked the coin so much I had the idea of building a costume around it in the following months. Long story short, I bought a suite at a thrift store and got a … Read more 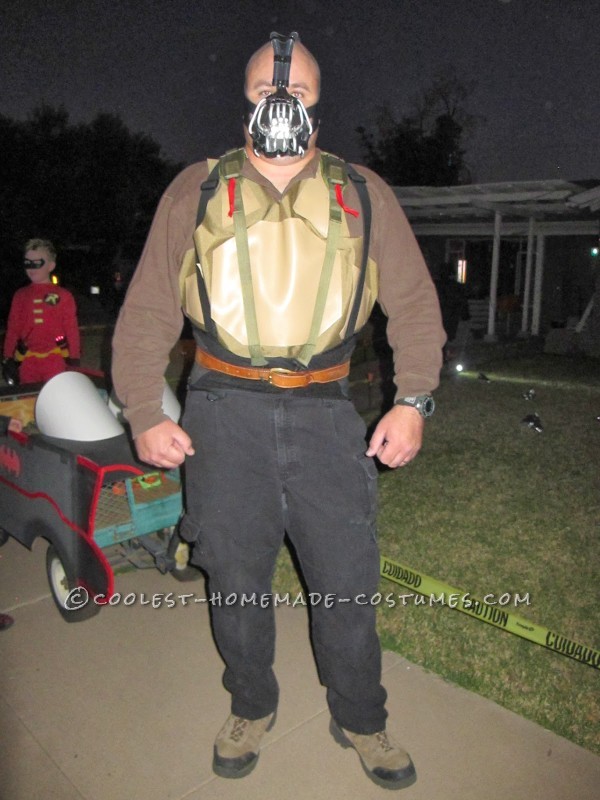 Here’s how I made this Bane costume: Materials: Brown shirt Black military pants Waist harness Mask materials (read below) Vest (read below) MASK: To make the Bane mask to look accurate but not Cosplay quality, I started with an old 3M respirator mask that I had and cleaned and disassembled it to leave only the … Read more 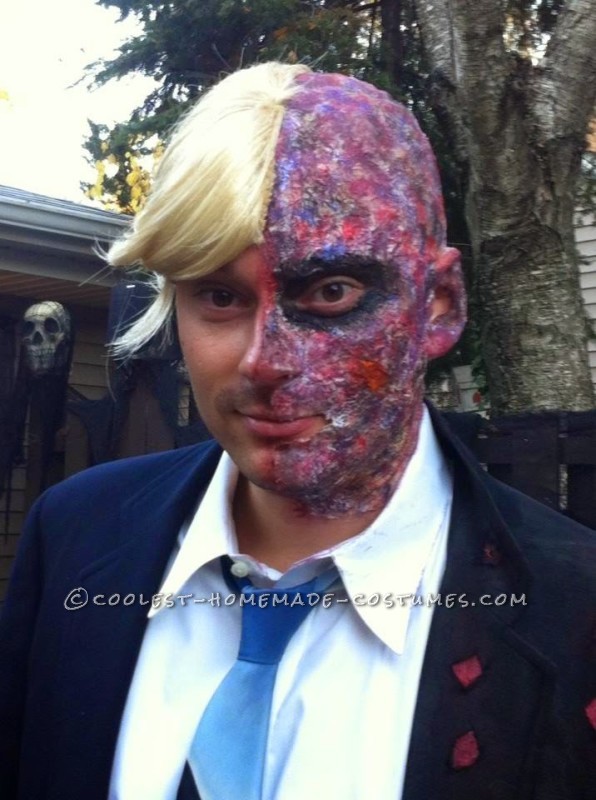 On October 25th, 2014, I was transformed into Two Face from Batman. I got the inspiration from going to Comic Con in Chicago with my nieces a few months back. It was my first time and I couldn’t believe how awesome it was and all the cool costumes everyone went all out on.   After talking to my … Read more 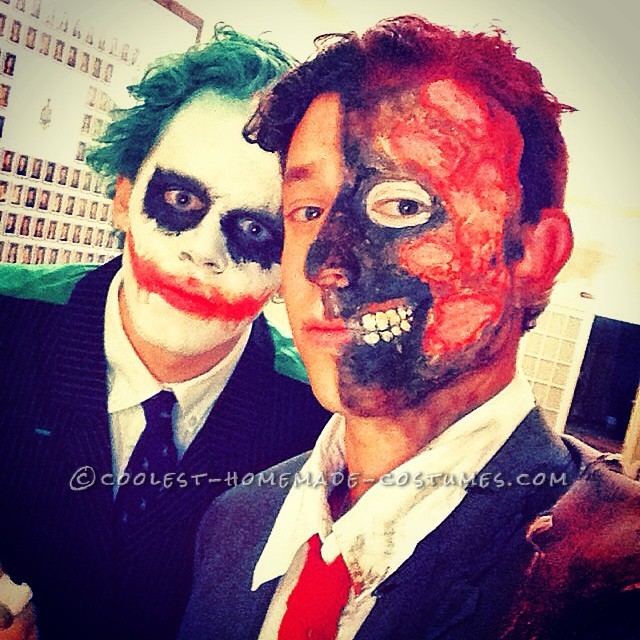 My friend and I by far had the best costumes of the night.  When my friend chose to be the Joker, it wasn’t long before I thought of being the infamous 2 Face.  Not only did over a hundred people ask to take pictures with us, we were literally celebrities.  Girls would scream and flinch … Read more 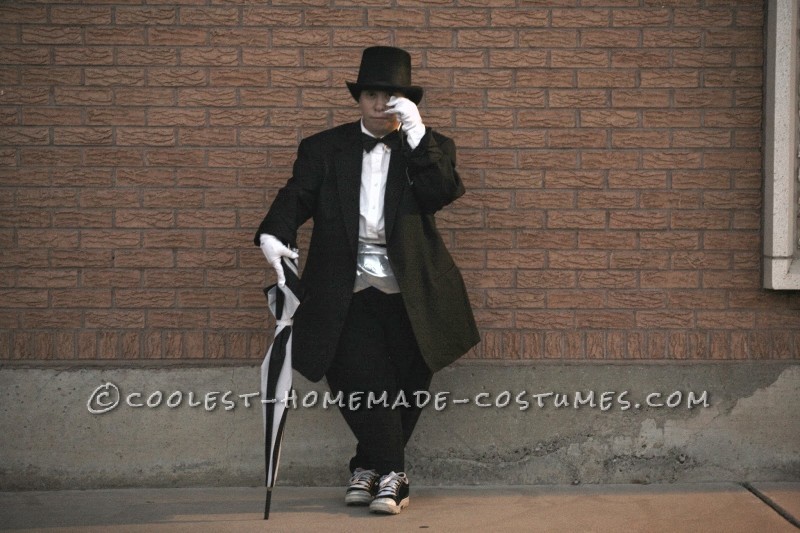 Materials used for this homemade Penguin costume: Man’s suit White dress shirt Bow tie White gloves Silver vest/cumber bun and hankie Top hat Monocle “Cigarette” Umbrella My sister was Penguin for Halloween 2013. This was the easiest costume to put together. We bought a man’s suit coat at the thrift store and she wore black … Read more 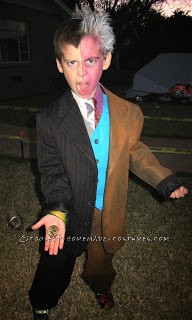 Our 5-year-old wanted to be Two-Face for Halloween 2013 and it was the most fun to put together. We found most everything at the thrift store (suit jacket and pants, tie, dress shirt) and only had to purchase the spray paint at Home Depot. Materials Needed: Child’s “business suit” White long-sleeved dress shirt Suit vest … Read more 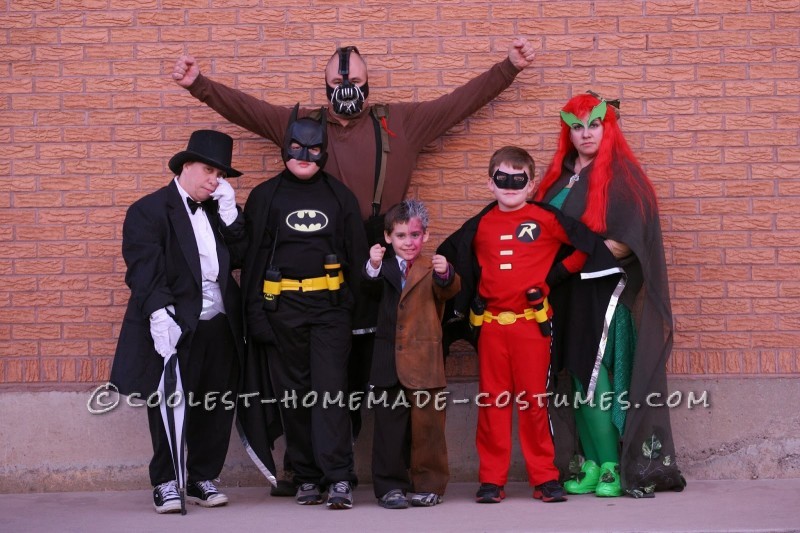 For Halloween 2013, we went as a group of Batman characters. We were (from left) Penguin, Batman, Bane, Two-Face, Robin, and Poison Ivy. We had such a great time putting these together and everyone loved the result! We also created a Batmobile (1960s era) out of our garden cart. It’s made out of cardboard, red … Read more 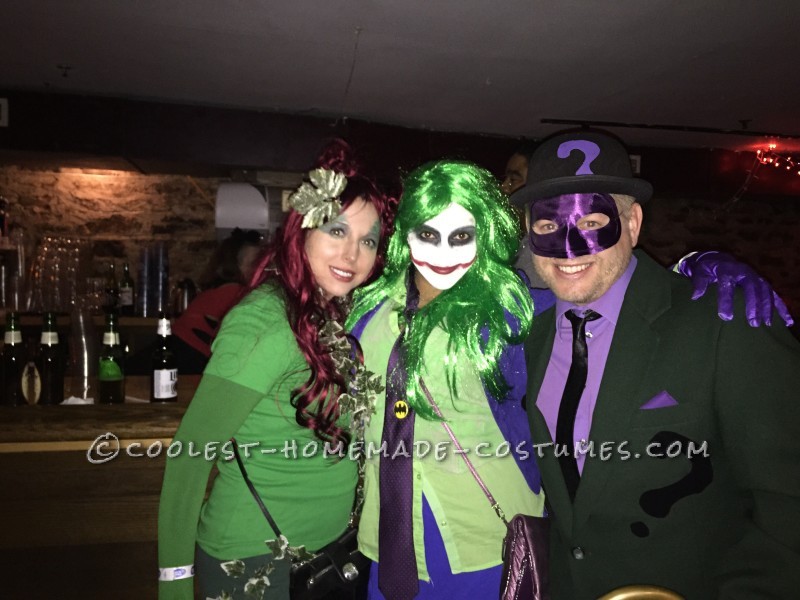 I absolutely am a huge Batman fan… Like in love with him :) so I thought who else just loves batman and is obsessed? The Joker! So I decided to be the female joker! I love the character, but there are no good costumes out there for women. So I was on a mission to … Read more 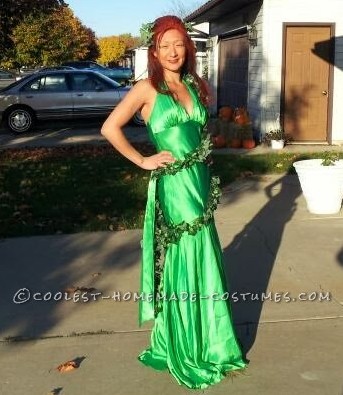 I originally had a different idea for my costume, but when I went to goodwill I couldn’t find exactly what I wanted. My friend pulled this dress off the rack and suggested I use it. I tried it on. It fit like it was made for me!  I spent $10 on the dress. $8 on … Read more 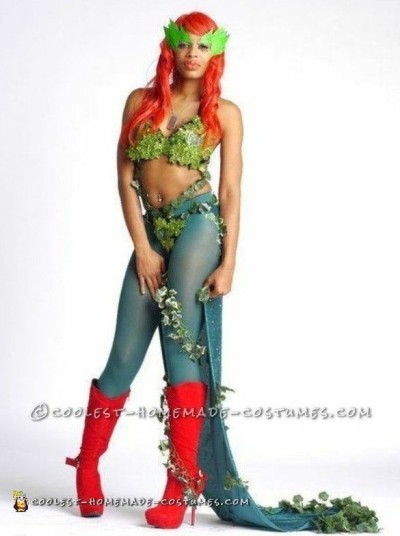 I first purchased a green bustier on eBay for $7. I then went to a fabric store and purchased 2 yards of fabric for the skirt $2. I also visited Michaels arts and crafts for the leaves, and some green glitter spray paint. I spray painted just a few leaves and sewed them onto the … Read more 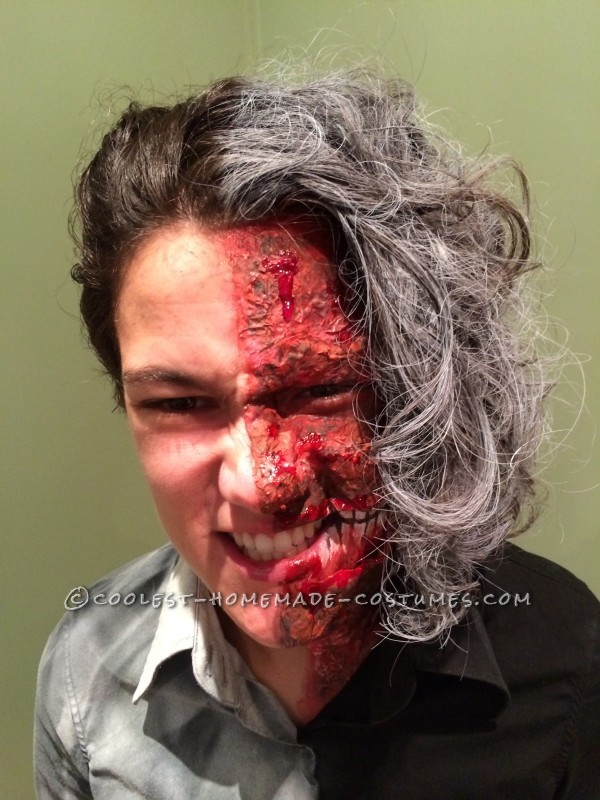 This is my last minute women’s Harvey Dent/ Two Face costume. The hair was the easy part, I have asymmetric hair and so I pinned the shorter side into a quiff and kept it pinned down. The other side was sprayed with grey colour spray and left in its natural curly and unruly state. The … Read more 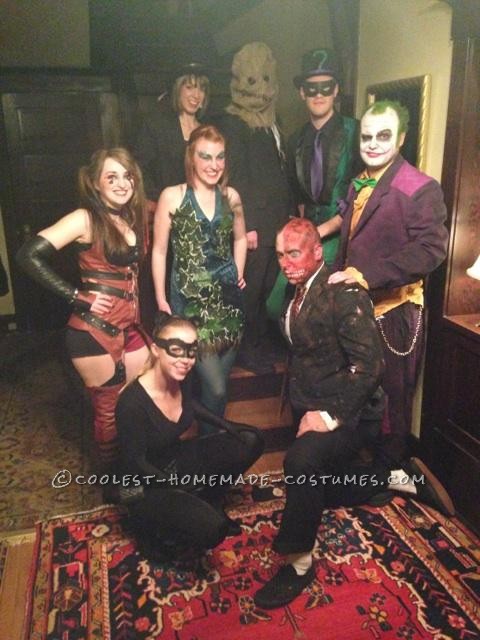 So it all started one night in June… I was mindlessly wandering through Pinterest and I started to think about what I should be for Halloween (big jump… I know). I asked my boyfriend if he had any ideas, to which he stopped playing his Batman game on the Xbox and thought for a second: … Read more 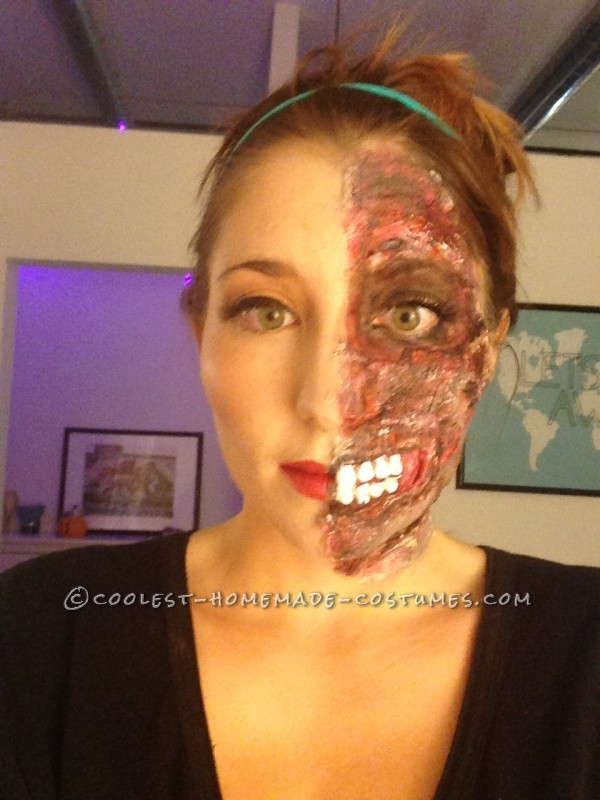 Two words…Theatre Bizarre.  If you haven’t heard of it, get to google quickly or better yet, come experience it for yourself.  This infamous Detroit Halloween party is one that inspires greatness.  The party is now hosted in the historic Masonic temple and draws over 3,000 party-goers who spare no expense in bringing their imaginations or … Read more 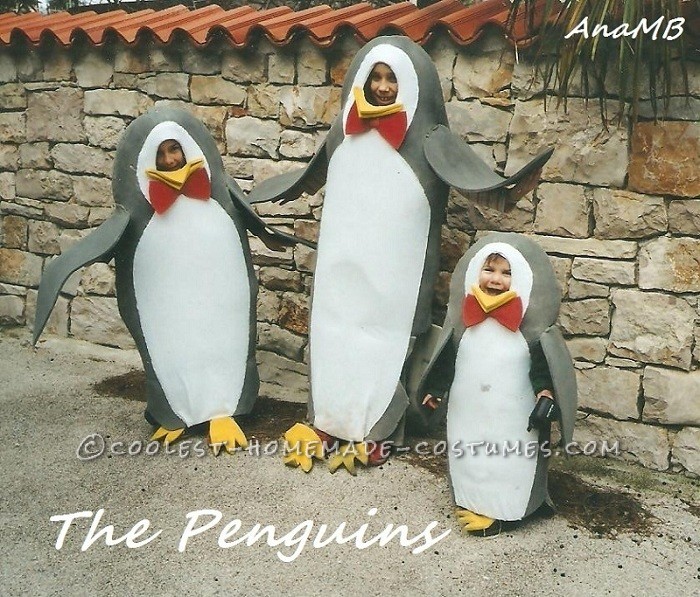 These are my 3 penguins; first costume party for the youngest, some 8 yrs ago. The real inpiration was my little son who couldn’t walk proper then, his walk actually reminded me of a penguin walk. I am so sorry for the lack of photos, expecially for its (un)quality. In my defence, I’ll say that … Read more

Who doesn’t love to be the center of attention while looking super sexy? This costume was so easy to make and I got so many compliments for my creavitiy. It all began when I ordered a poison ivy costume online that ended up costing me $50 but not fitting right. I decided the cost and … Read more 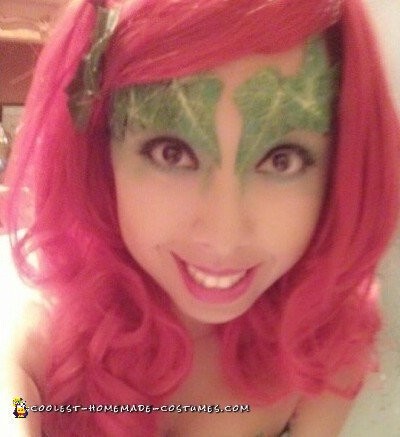 After ending a controlling relationship this was the first Halloween where I could go out with friends, dress in a hot costume and have some fun. I knew I wanted to be a character from batman because I love batman. Poison Ivy embodied everything that I wanted to be. She’s confident, determined, and hot. I … Read more 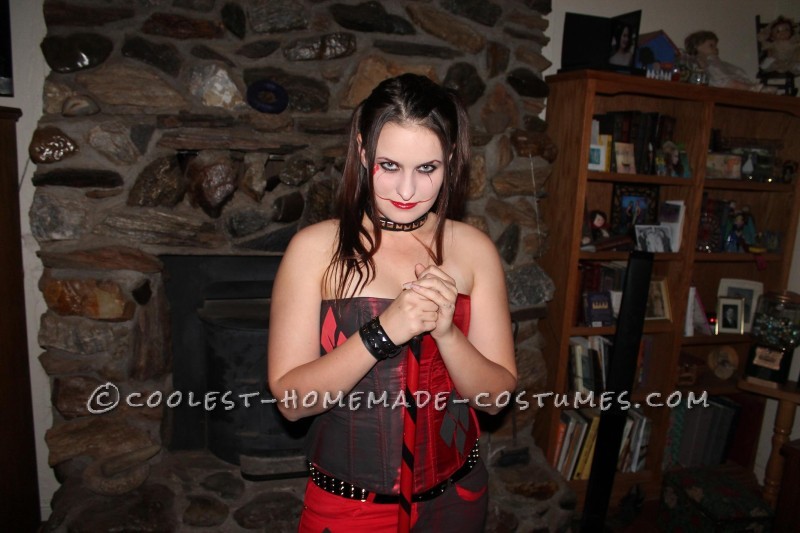 I bought the corset and the pants then I spray painted half of it black, I then found the boots in a thrift store and painted one boot red. I bought red and black foam squares and cut diamonds out and glued the red on black and the black on red. as for the giant … Read more 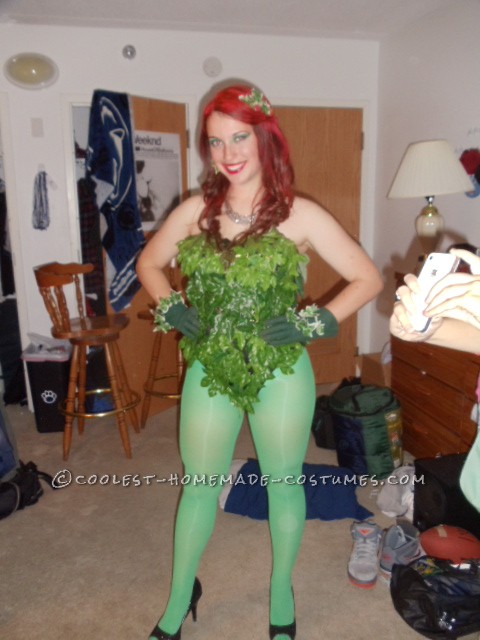 Holy schnikes, Batman, it’s Halloween! I LOVE BATMAN! And I love Halloween! So on one Halloween decided that for next Halloween there would be no better costume than to represent my favorite of the femme fatal of Gotham City, Pamela Isley, otherwise known as the seductive villain, Poison Ivy: a lover, not a fighter. Many … Read more

I love Halloween, and every year, I try to create a unique one of a kind costume that I know will turn heads. This year I wanted to be a comic book character and debated between the usual suspects of “Sexy” Super heros/Villans. I debated between Wonder woman, Poison Ivy and cat woman but felt … Read more 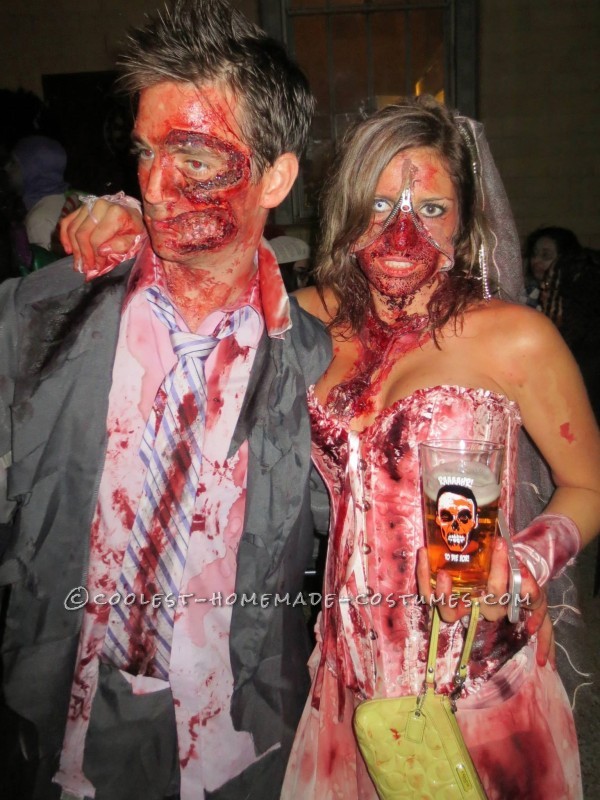 Every year when the weather starts to change I get excited because I know my favorite time of the year is near. The time to become some else, to live in a fantasy world for one night,. Halloween is not just about candy but about being able to express yourself, to walk in someone else’s … Read more 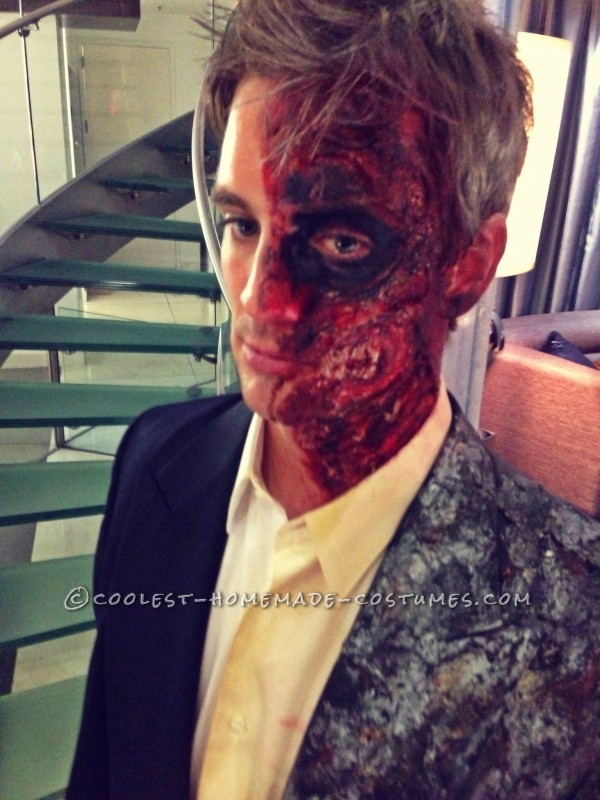