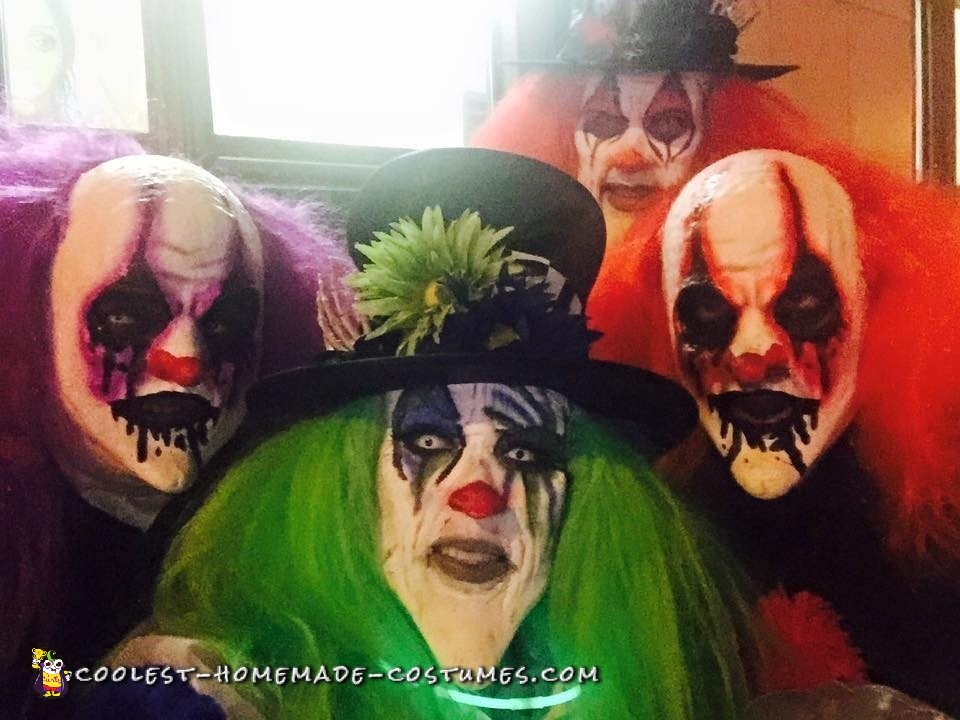 The costumes for Trick And Treat were imagined by my wife Ana Conlin.  We took off the shelf items and molded them to what we wanted for a look.  for instance the neckwear on Treat (green clown) is a child tutu with blue and greens balls we glued to it.  the costumes are off the shelf but we cut out patterns and glued them on to add to the clown effect.  also the hats are off the shelf but Ana added all of the designs to it (like bone hands, black rose, etc.).  Ana also cut out letters and glued them to the backs to make slogans ‘trick or treat’ and ‘freakiest show around’.  the masks are prosthetics we purchased however the makeup is Ana’s design.

This year we took hundreds of pictures in new york city with revelers on Halloween.  At some point we just called everyone paparrazi as we were just say next, next, as soon as the previous person took their pictures.  We had flashes going off on us constantly and from both front and back.  We had people constantly pushing in to take a picture with us before someone else.  Other costumers were coming over to take pictures with us.  We felt a little bad as little children were understandably apprehensive to come forward and take pics with us as we look like special clowns.  To top it off i am 6′ 5″ so i am a giant clown to many of the small childen smile.  That being said we were usually able to warm up to them and eventually have the children come in for the picture.

Funny part is we actually met another group of clowns so it was interesting for all of us to compare/contrast costumes (see pic).

this is the 2nd year we did Trick and Treat. I will submit last years as a different one as the makeup was different.

Trick is Red and Treat is Green 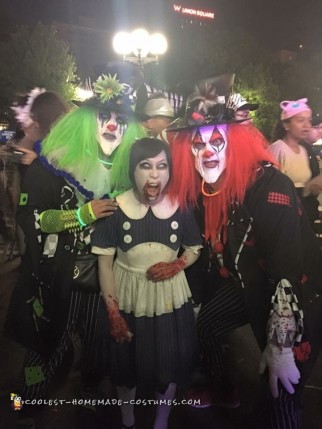 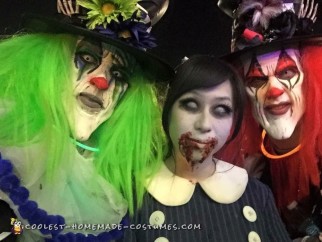 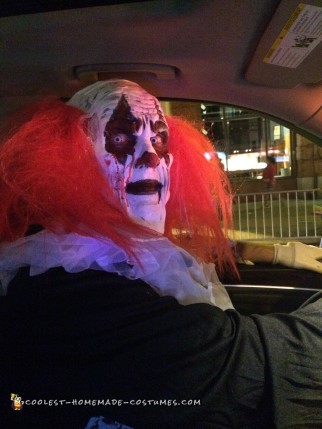 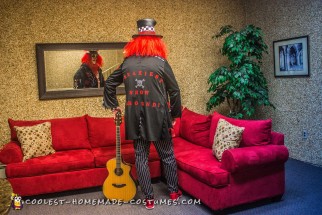 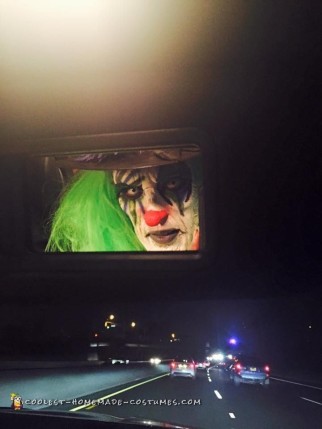 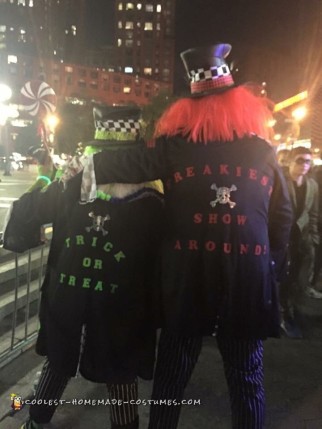