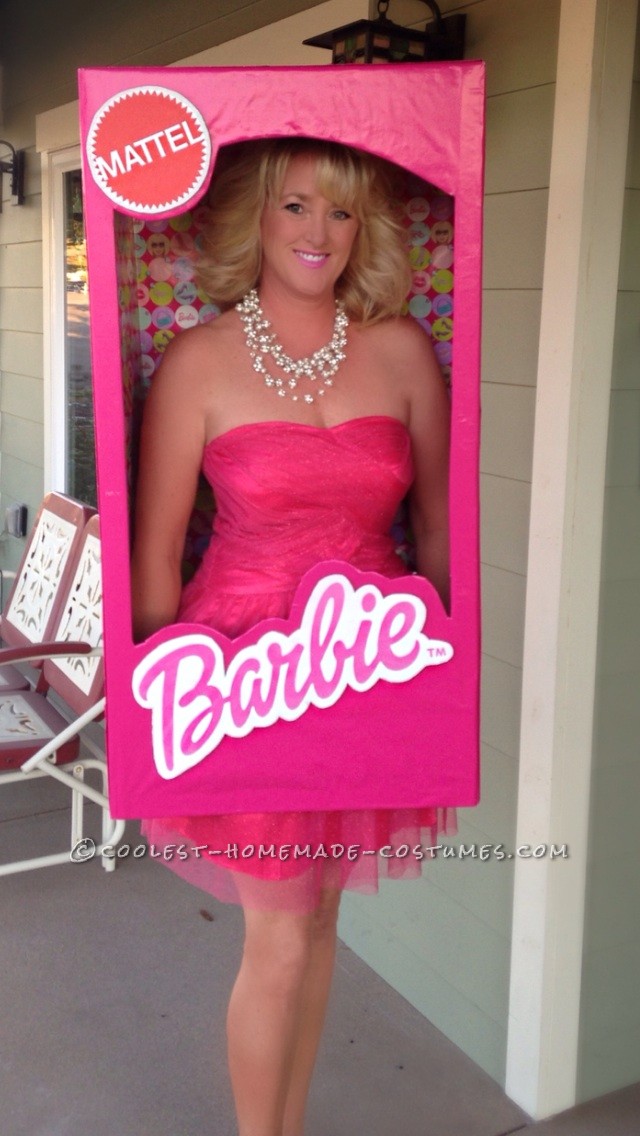 This super fun Barbie in a Box costume was fairly easy and very inexpensive to make, and was an absolute HIT this Halloween! I wore it first to a party, where I won first place in a costume contest, and then it was worn by a friend for a second time where she won a $500 grand prize at a large Halloween Event!

To make the costume, I got a large box from Smart & Final, then simply cut out the front of the box in the desired opening shape, then “wrapped” the box, much like wrapping a present, in pink wrapping paper purchased at our local Dollar Tree store. (Two rolls needed.) I then lined the inside of the box with a single roll of Barbie theme wrapping paper I purchased at Party City. The Mattel and Barbie Logos were enlarged and printed in color from Google images online, cut out and mounted on white poster board, then mounted again on white cardboard to give them some dimension.

The poster board and cardboard were both also purchased at the Dollar Tree. I also enlarged a barcode from Google images, printed it, then mounted it in the same way as described above and stuck it on the side of the box. As for the costume worn underneath, you can pretty much dress anyway you’d like, and even customize the Barbie box to match, such a “Workout Barbie”.

I went with a more traditional Barbie look and wore a sparkling pink dress with matching glitter shoes and over-the-top jewelry. It was really hilarious costume to wear, and it got a great reaction from the other party-goers. Lots of people tried the Barbie box costume on and wanted their picture taken inside of it! I also posted a few pictures the next day on Facebook and my friends and family went crazy! All in all, it was a pretty easy costume to make, cost less than $10 and was definitely well worth the time spent! 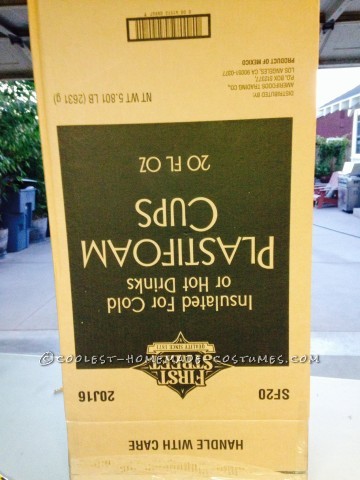 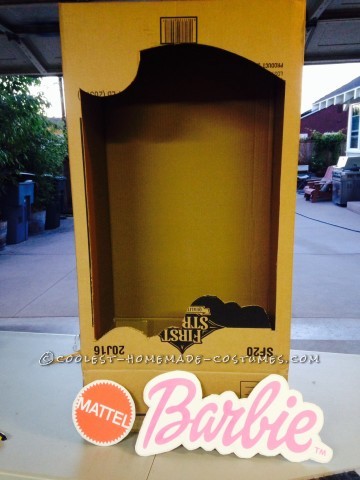 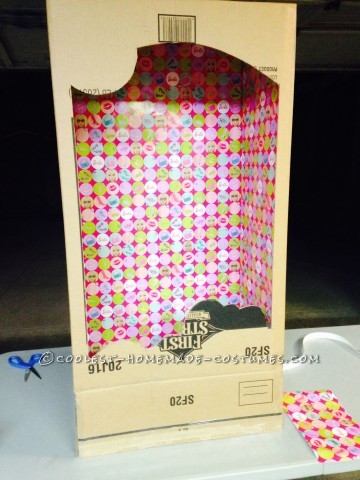 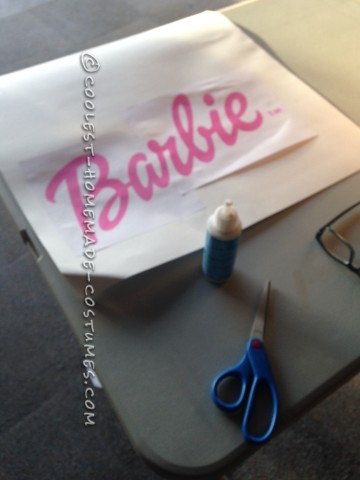 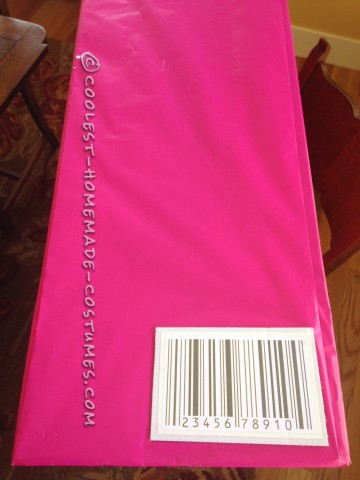 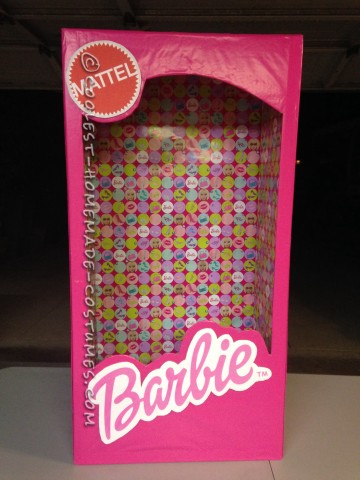