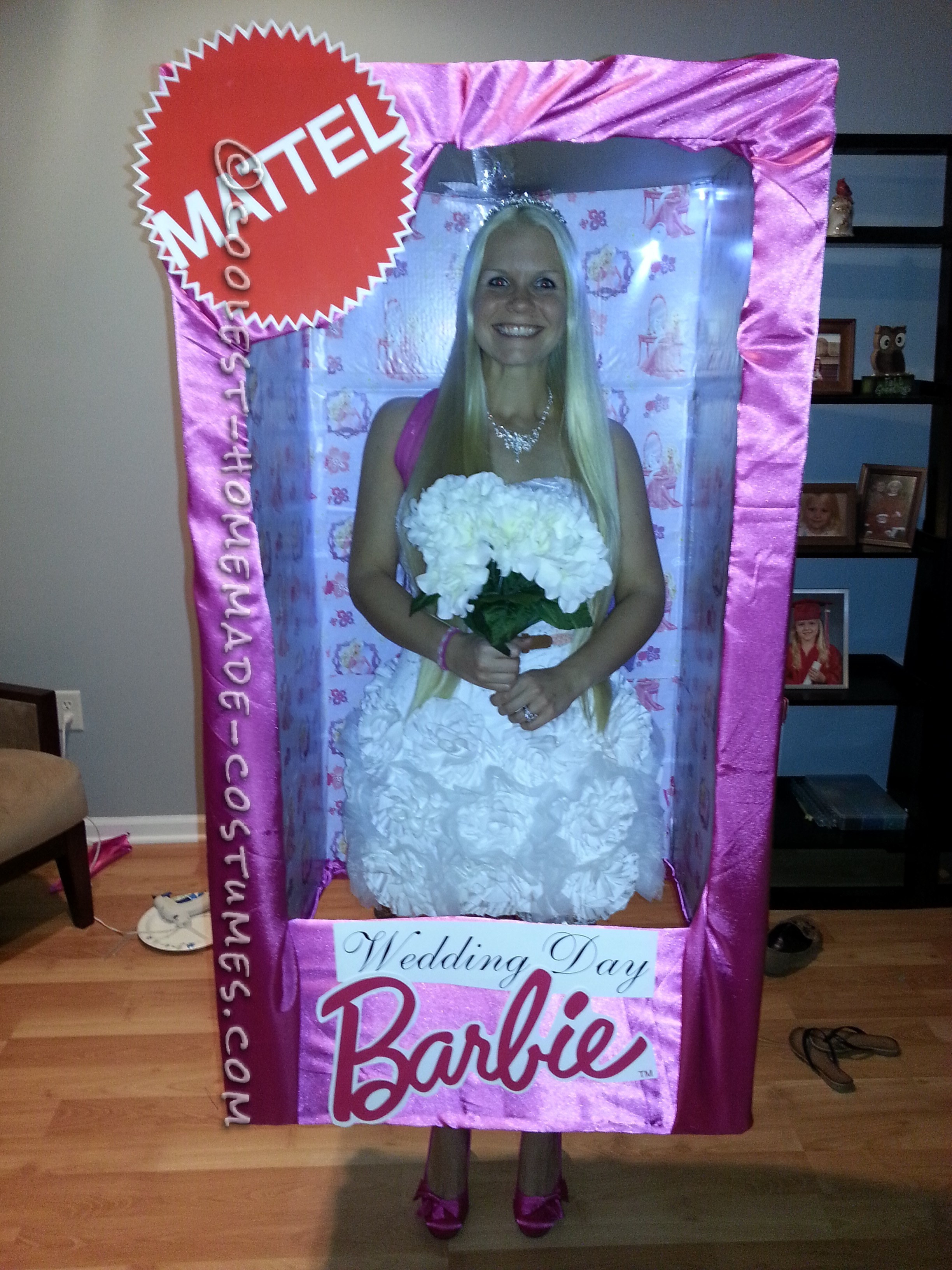 Every Halloween I try to pick something as creative as myself. I am not a fan of store bought costumes. I have very long blonde hair and have incorporated it many times into my costumes. I looked up some ideas online and came across a children’s costume of Barbie – but she was in a box! I thought well if a child can do that so could I.

I researched where to buy large boxes, brainstormed what I could cover the box with, etc. I had originally thought to just be a regular doll but then I had the idea to incorporate one of my wedding dresses and be wedding day Barbie. I had worn 2 wedding dresses at my wedding – one long full gown and a shorter, fun one. This was a perfect way to re use a dress I never thought I would wear again!

I got to work right away and gathered the following supplies:

Once I got the box, I figured out which way I wanted it to face. I then cut the 4 flaps off of the bottom so it was completely open. I then picked a side to cut so the box would lay flat. I covered 3 sides with the wrapping paper (the side without the wrapping paper will be the front of the box that you cut holes out to see). I stood the box back up and used the packing tape to tape up the side that I had cut. Then I taped the top 4 flaps together as this will be the top of the box

I stood the box up and made sure I had the front facing towards me and drew with a pencil what I wanted the front to look like and where I needed to use the box cutter to cut. I knew I wanted a rounded edge at the top where the Mattel logo would go. I traced the line with the box cutter and popped out the shapes.

I knew I had to secure the backpack on the back before I wrapped the entire box in fabric. I used hot glue to glue the back part of a backpack to the back of the box. Make sure before you glue to mark where you should place it – where your shoulders should be on the box when you stand in it. I put the box on with just the backpack and it was top heavy. I realized I needed support around my waist to hold it up. I found an old braided pink belt and put that through the box to help.

Now the fun part – covering the outside with fabric. You could easily use hot pink spray paint but I wanted to go the extra mile and use fabric. 5 yards was more than enough to cover it. This is where you use a lot of hot glue.

My sister in law works for a printing company so I had her print out the Mattel logo, Barbie logo, and the wedding day words. I had tried on my home printer but it did not cooperate. I glued them in place and voila!

I posted the pic to my social media before going out to the costume contest and everyone was amazed! I made it to the contest and ended up tying for the win! I had a Barbie chant going and everything. It was difficult to move through the crowds with the costume but totally worth it. Lots of pictures with strangers which was fine. It started to get hot in the box so I eventually got out and had an employee store the box out of the way. The wedding dress and bouquet worked as a costume when I was outside of the box too!

This was by far the best costume I have worn and made. A few hours of work but definitely worth it for the wow factor that you receive! 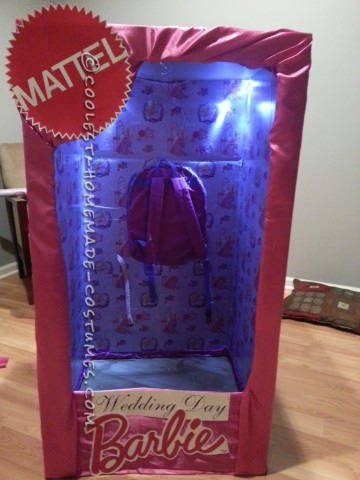 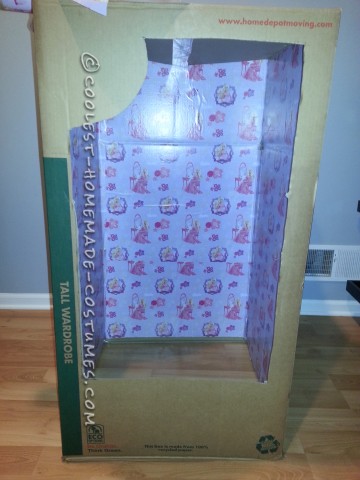 Coolest Barbie in a Box Costume