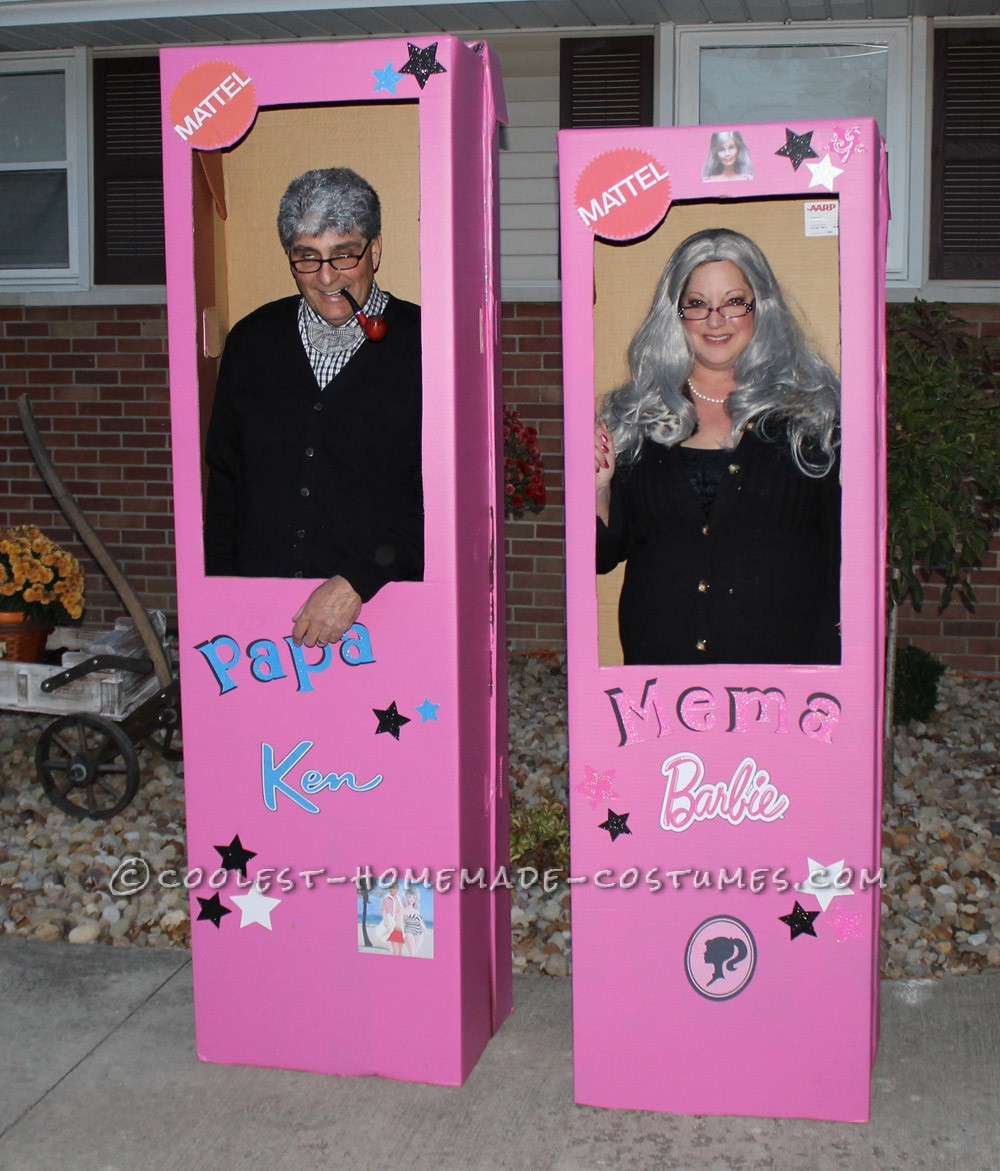 Mema Barbie and Papa Ken jumped unto my mind immediately. We have a friend who owns a funeral home and when we ran this costume idea past him he thought of a perfect cardboard box we could use to make the boxes. With myself being very squimish about funeral homes, it took a lot for me to actually go to the funeral home to check it out. When we arrived, which was late at night after all the calling hours, we had to walk past the dead bodies and caskets we had to see if the boxes were big enough and would work for our costume.

The boxes were perfect but what I didn’t realize was that they were actually boxes used to cremate people. Once I got rid of the heebie-jeebies lol, it was time to start construction of the box. First we had to measure to see where we were gonna cut out the openings for our faces and how tall we would need to make the boxes. Then, of course we had to paint it with Barbie pink paint. After that we had to print out our letters and decals on the Circuit. We even printed a UPC code for the back of the box And even made AARP cards with Barbie and Kens name on them and glued them on the inside of the box behind us!

Even though we were portraying older people we wanted to make sure that we still captured the trendy style of Ken and Barbie so therefore I went with a long gray wig with flowy curls, I wore a black sequenced camisole covered up with a black cardigan sweater with a leopard fur collar. I put on long false eyelashes, heavier than usual makeup and reading glasses that sat on the bridge of my nose. My husband who portrayed Papa Ken used gray hairspray and spectacles held a pipe. He wore black dress pants a plaid shirt and a bow tie. We made these costumes for my daughters annual Halloween Costume party consisting of about 40 guests. When we walked in wearing these costumes everyone ran up to us with cameras and couldn’t believe how original of an idea! Especially the grandkids loved it!! The funny part about the costumes was they were difficult to walk in! Ironically, they were not elderly friendly lol Once you lost your balance in them there was no way to stop a face first fall! We won overall Best Costume at the party and received at trophy! It was alot of fun and we are already thinking of next years costume! 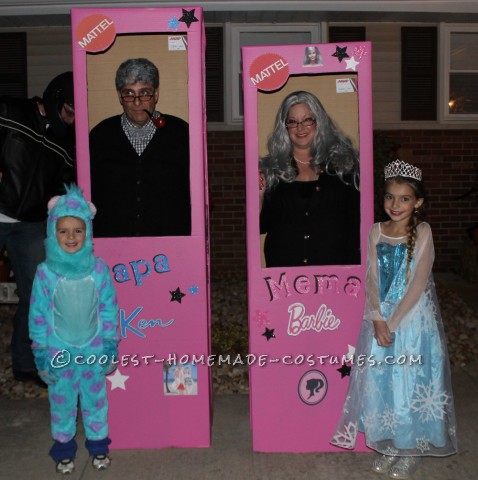 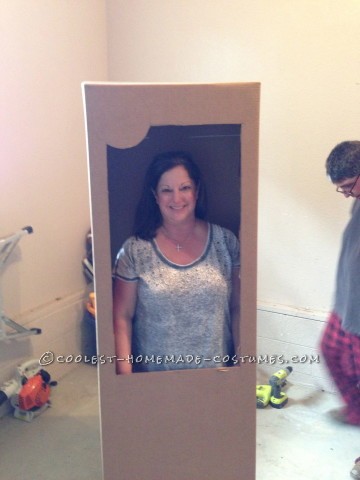 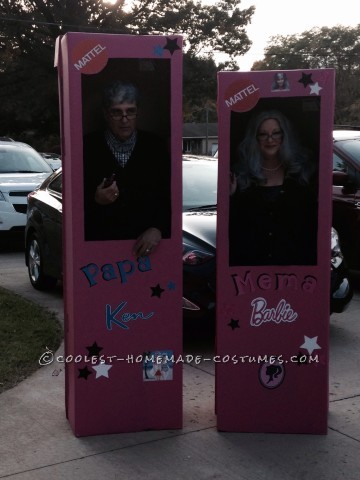 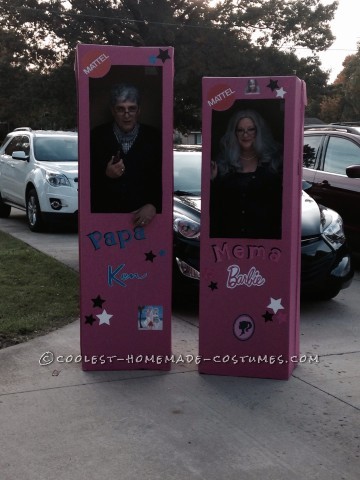 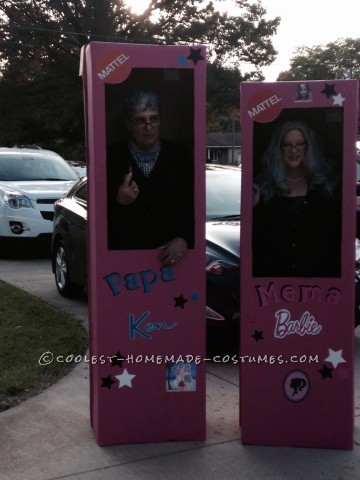 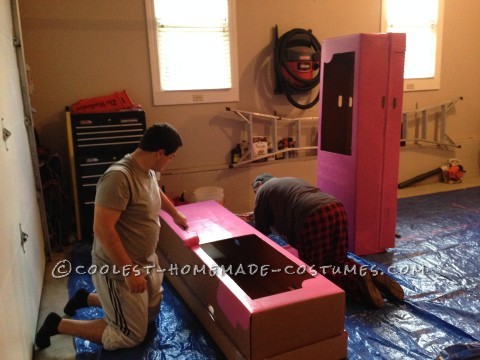 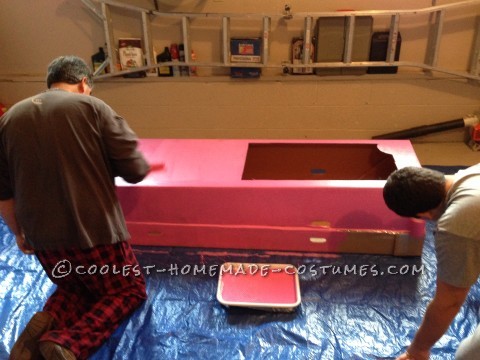 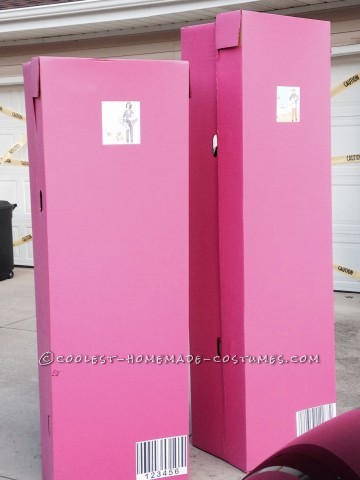