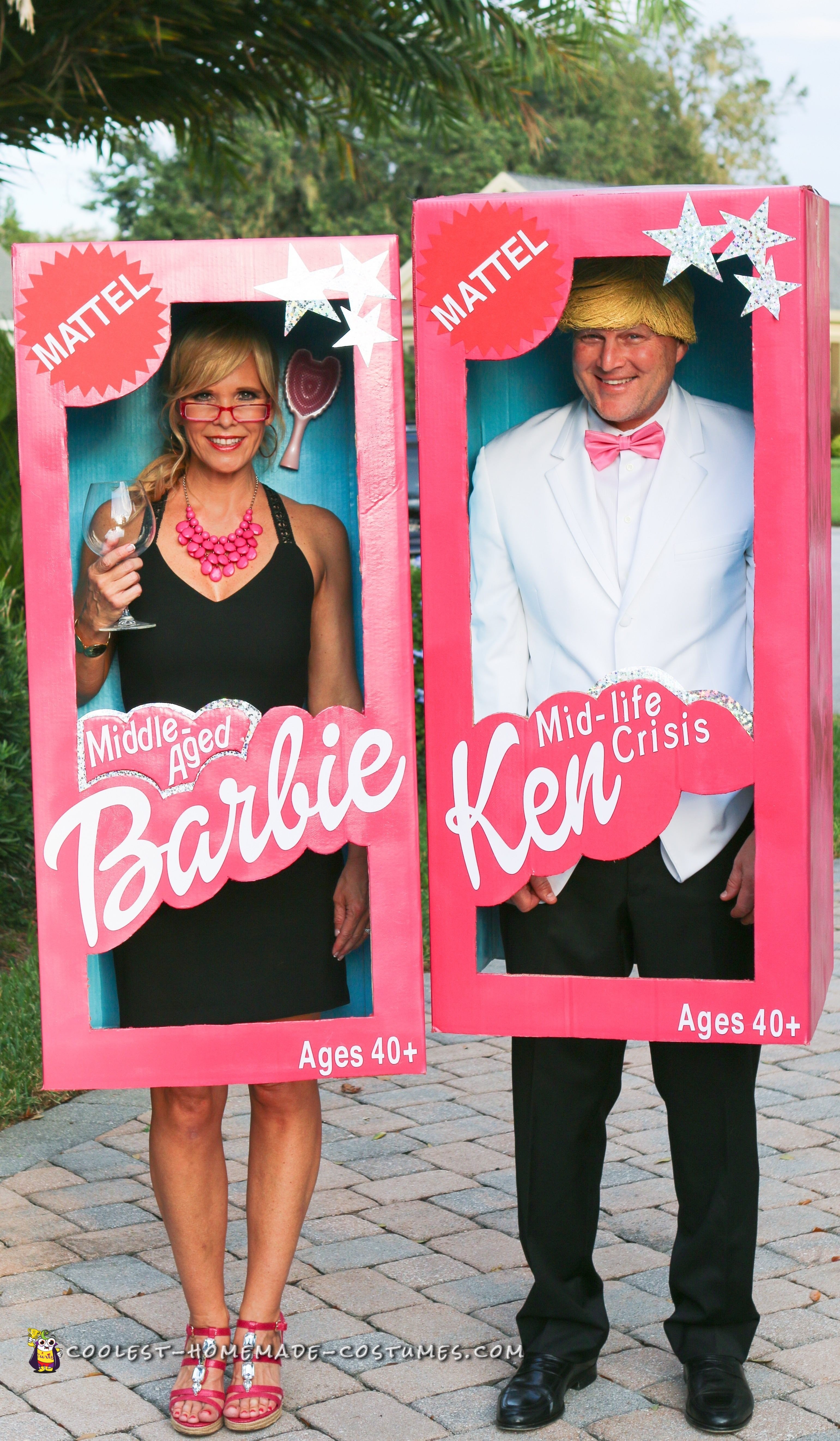 Barbie and Ken have officially hit middle age! My husband and I came up with the idea because we have been called “Barbie and Ken” over the yearsת but thought we would put a funny spin on it!

We purchased U-Haul Space-Saver Wardrobe boxes for $9.95 each, and spray painted them with Krypton Mambo Pink spray paint (purchased at Hobby Lobby 30% off for about $5 a can). It took a couple of cans per box.

I hand-drew the cut out area of the box and cut with a box cutter.  After cutting them, I sprayed the inside of the boxes with Krypton Island Splash spray paint (Hobby Lobby, around $5, took one can per box).

I used my Silhouette Cameo machine to make the cut-out Barbie and Ken writing, using “Dollie” font for the script and “Barbie” font for the rest. We attached the boxes to ourselves using a belt around our waist which went through holes around the back of the box (see picture).

Ken’s wig was a classic brown wig spray painted with bright yellow paint. The brush I hot-glued inside was a Tangle Angel de-tangling brush purchased from Amazon for $10.

Inside Ken’s box was a prescription empty bottle labeled with the Viagra logo, and on the other side was a picture of a red Corvette.

The clothing is just pieces we put together on our own. I would say that each box cost around $40-$45 to make.  It was a ton of fun and everyone loved it!  The backs of the boxes got lots of laughs and Ken’s wig was definitely a favorite among many.

They were by far the most fun costumes we have ever worn!  It made Halloween 2015 a memorable one, for sure! 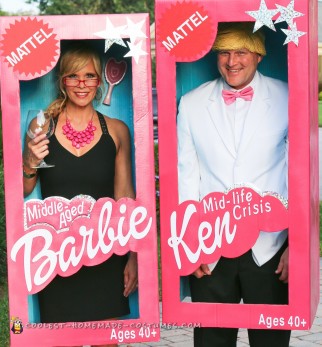 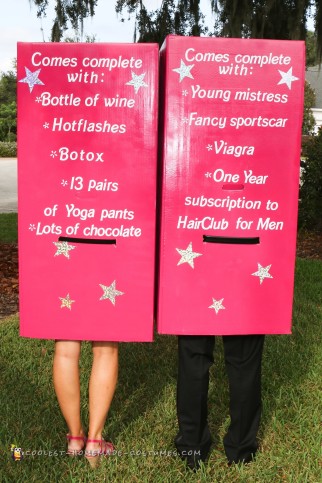 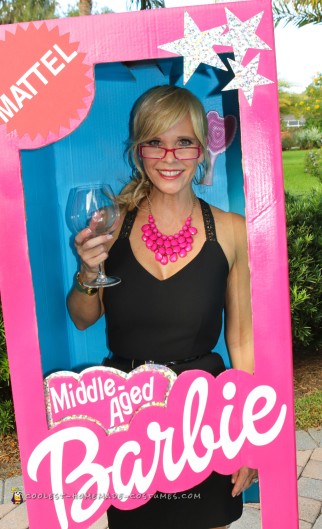 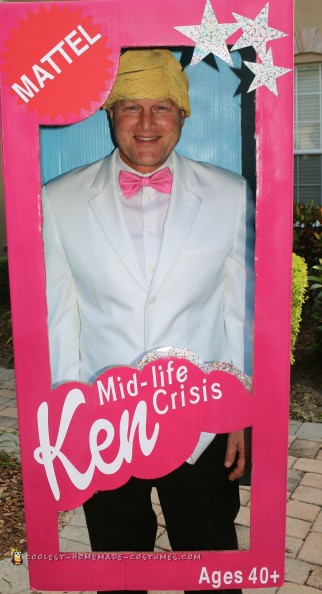 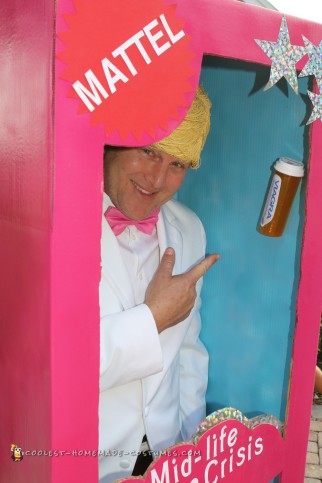