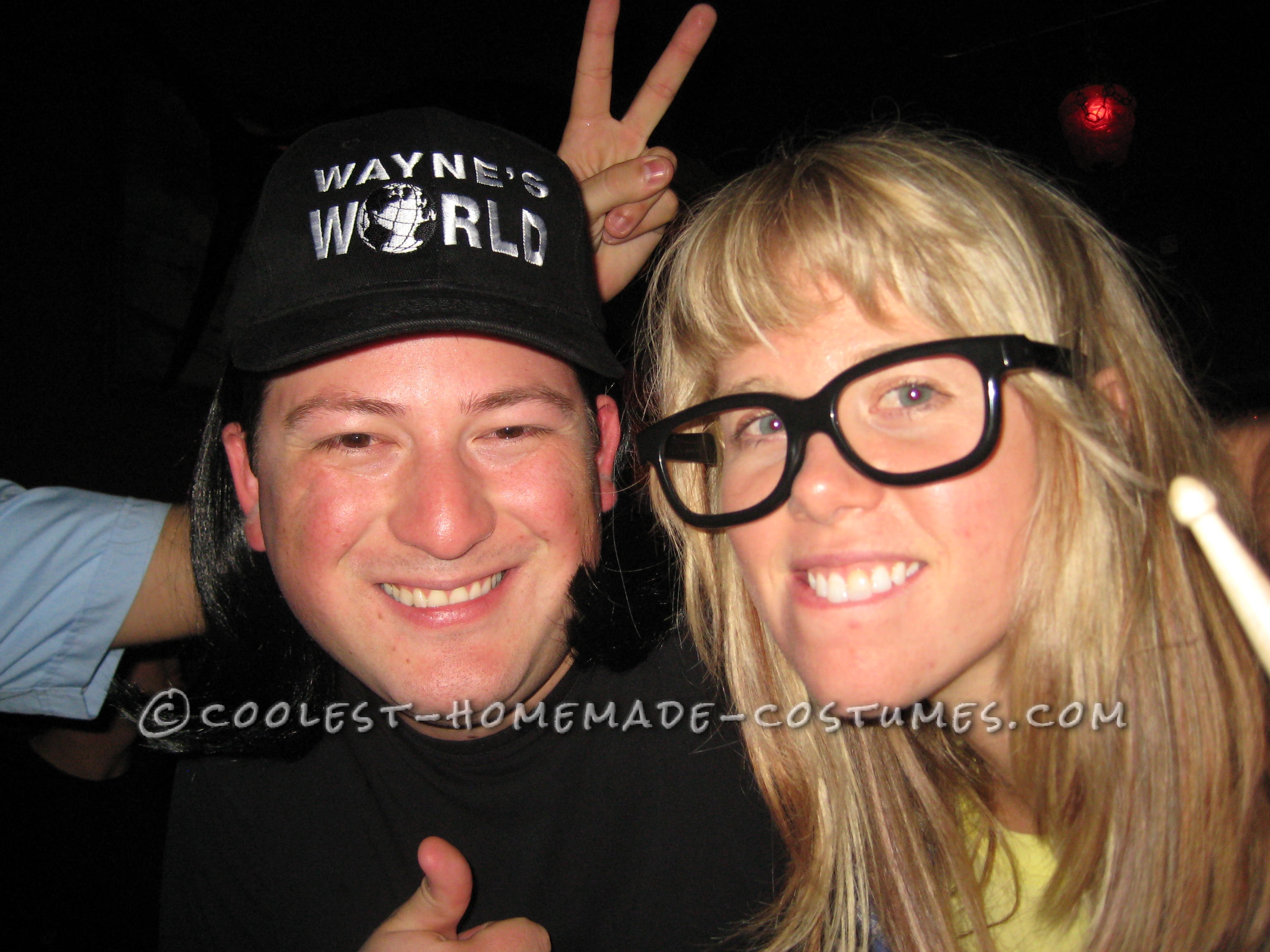 Even after 16 years together, my husband and I almost never do couples costumes but this year decided we finally would! We wanted to be Wayne and Garth from Wayne’s World, a nod to how we’re a perfect team. Since I am blonde and we wanted the least wig purchasing possible, I opted to be Garth and he was Wayne.  I highly recommend this costume because it’s totally warm and comfortable and any child of the 80’s will instantly greet you with a “party time, excellent” or “schwing!”

Here’s what we did:

For going out, we used the mac program “garage band” to make a new ringtone: Queen’s Bohemian Rhapsody so we could play it on demand.