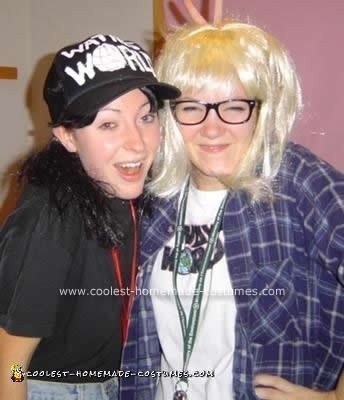 Wayne’s World was always one of my favourite movies when I was growing up, so with Halloween around the corner my roommate and I decided to dress as Wayne and Garth for Halloween one year. We had some plain black/white t-shirts laying around so we painted Wayne’s World on hers and went to value village to get some mens jeans. We ripped some big holes in the knees of the jeans. We used white out to paint Wayne’s world on my hat and were sure to rock our converse sneakers that evening. We created some ‘VIP’ passes with our local bar’s logo on it so fit in with the movie, we proceeded to shove them in everyone’s face as we walked around the place, including all of the bouncers!

The final touch of the evening was packages of red licorice that we ate and handed out to anyone who came to talk to us! Good times! Wish we took more and better pictures because this costume was so fun! 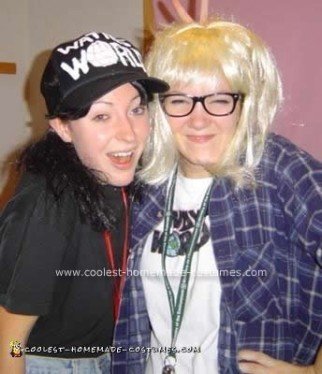