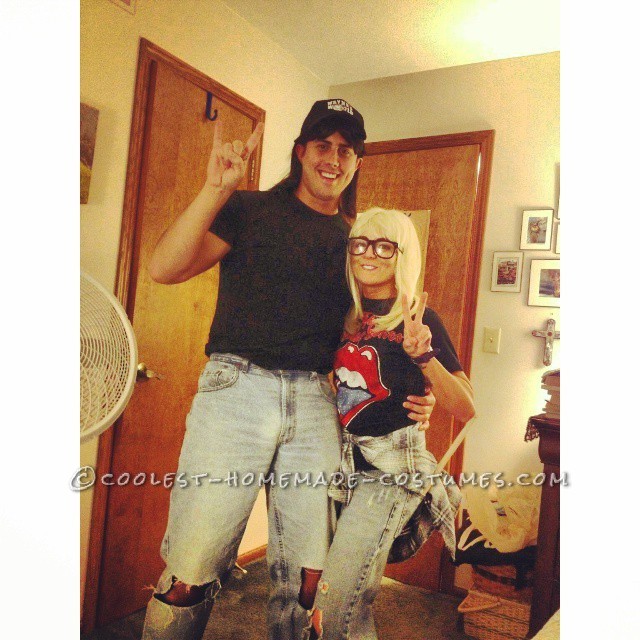 My boyfriend and I were Wayne and Garth for Halloween this year. It’s our favorite movie and a 90’s classic. It was very effortless to put together and most of the items we already previously owned! We purchased the “Waynes World” hat, Garth glasses and drumsticks bundcle for $14 dollars on Amazon. (EXCELLENT.) We used an old wig I had laying around  (the most challenging part was cutting it into a mullet) for Wayne’s hair do, and the other parts of his costume consisted of a black tee and jeans we purchased at our local thrift store (.75 cents!! Such a STEAL!).

For the Garth part of the outfit I also found cheap jeans from the thrift store and used a classic band tee and flannel I already owned. We both paired our outfits with some classic Chuck Taylor’s. The costumes were a hit! Every bar we went to we played “FOXY LADY” and every time I did the classic Garth Algar dance. We stayed in character all night and used classic lines from the movie of course!

LIVE IN THE NOW! PARTY ON!!