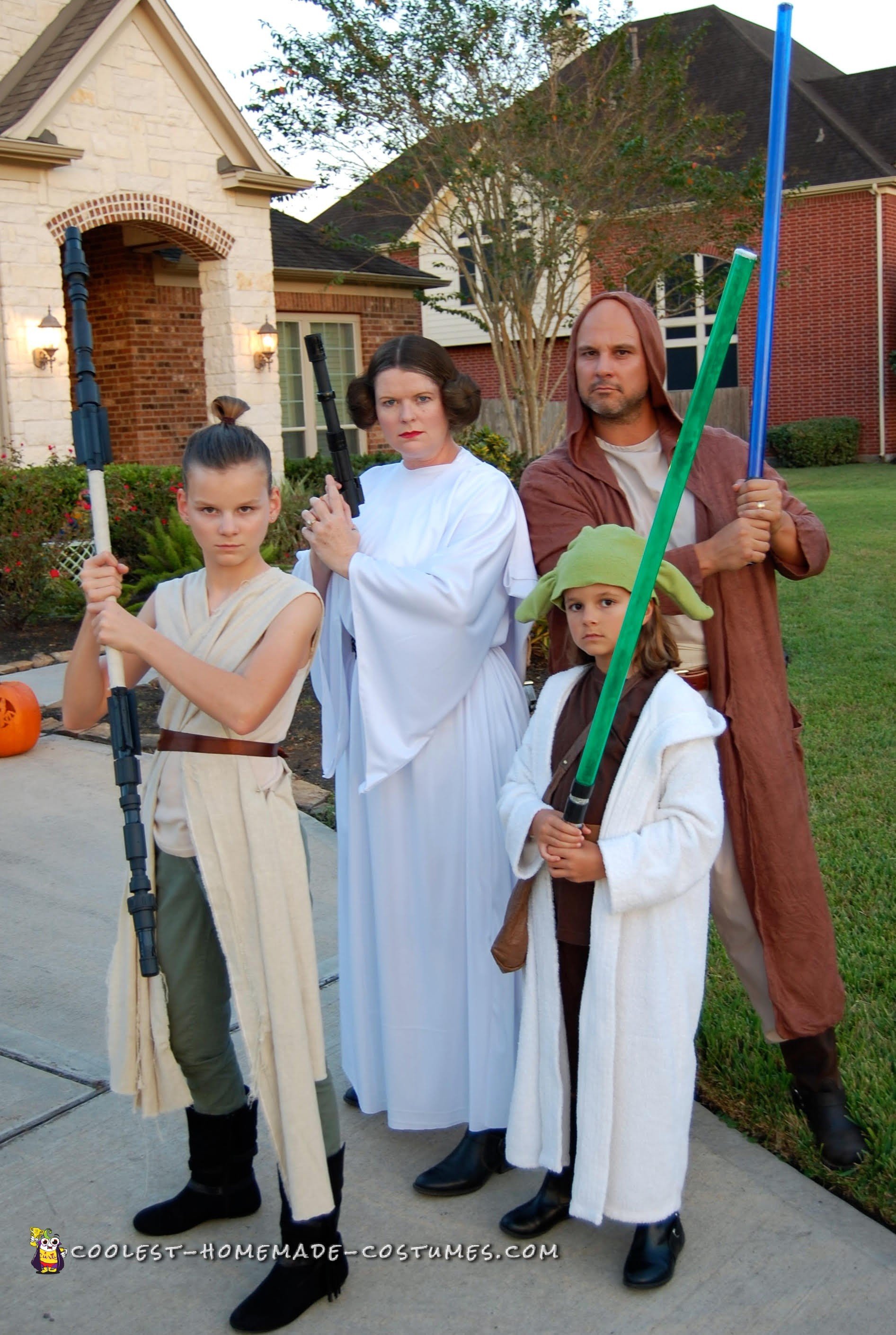 After seeing the movie “The Force Awakens” my older daughter knew she wanted to dress up as Rey. So, we all decided to go with Star Wars costumes for Halloween!

I made Leia’s robe by first making a loose pattern on an old sheet. I made it extra long and wide so that it would be flowy when I belted it. To adhere it together, I used fabric tape so it was no-sew! I already had the white belt at home.

Leia’s blaster is a dollar store water gun with a piece of pvc pipe glued to it. I then spray painted the whole thing black. To complete the look, I wore white shorts and t-shirt under and black boots.

Constructing the Costume for Obi-Wan Kenobe

I found Obi-Wan Kenobe’s robe in a thrift shop and then dyed it brown. I made the light sabers from dollar store flashlights using a tutorial from Instructables – they actually light up! For his actual clothing, Obi-Wan wore tan scrubs and his own boots under his robe.

I started with Yoda’s robe which was another thrift store bathrobe. I made her hat from felt and used batting to make the ears stand out. She wore brown shorts and a brown t-shirt and her own boots.

Rey’s Costume – the Easiest One!

Rey’s costume was easy to create. She wore olive capri pants, a cream colored tank top, and boots. I used two strips of fabric and some brown ribbon for her tunic. Her staff is a piece of pvc pipe with various plumbing fittings glued to it for thickness. It was then all spray painted black. In addition, I also painted a bucket to look like BB-8 for her candy bucket. 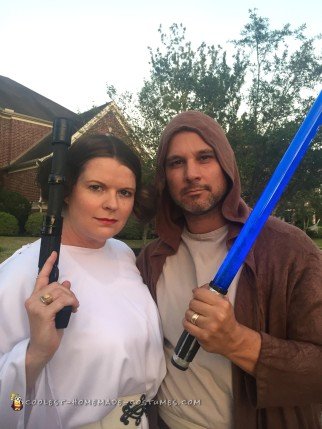 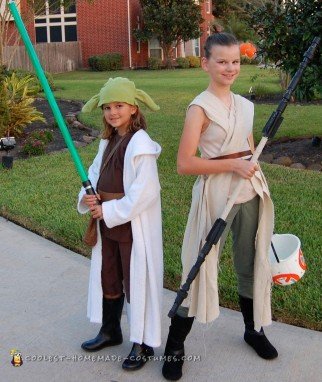 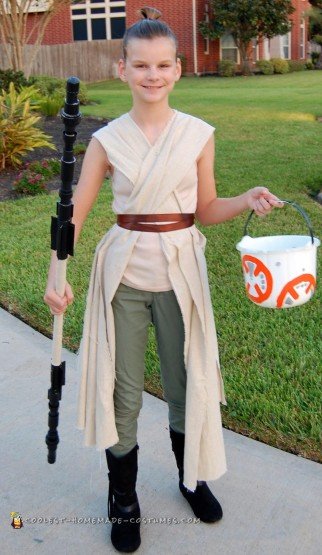 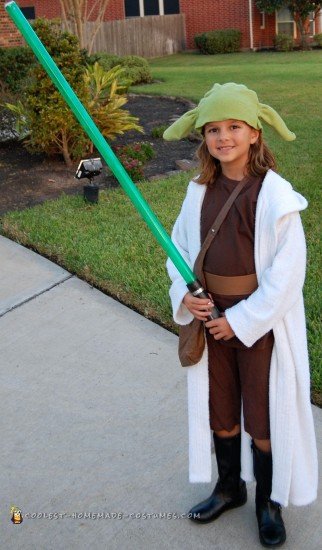 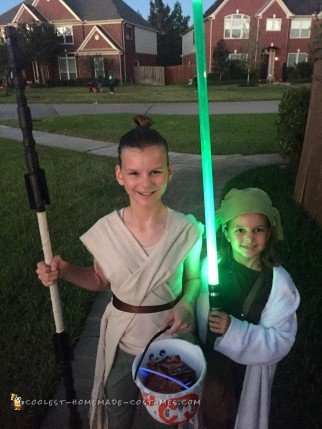