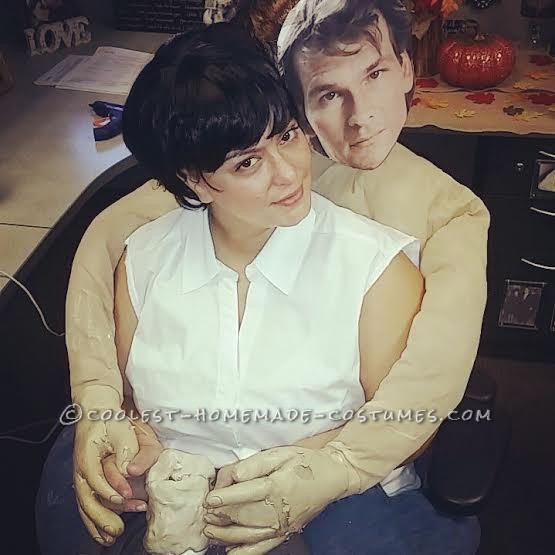 This costume had many parts to it, but it was a cinch to put together. Once I decided on doing the Pottery Scene from Ghost. I began by watching the movie again and taking notes. Paying special attention to props, clothing, music, etc. To create the character Molly, played by Demi Moore, I needed a black short wig. I found that on Amazon for $13. In the scene Molly is wearing only a long sleeveless buttoned down blouse, which I happened to have already. Not wanting to get arrested for indecent exposure, I thought I should find as close to flesh colored tights as possible. I was able to find that at a local Thrift store, for about $5. Then I set upon making Patrick Swayze’s character, Sam.

Initially I purchased an inflatable doll, which I found again on Amazon for $11. Once it arrived it proved to be harder to work with than I thought. The arms did not extend enough for it to come from behind me, as we made the pottery together. So I began to search the internet for Dummy’s or Inflatables to find a better fit for Sam. I came upon a Posable Dummy for $35. The Dummy was as white as a ghost, so for $4 at Home Depot, I bought a can of skin tone colored paint. I printed a life size photo of Patrick Swayze and Demi Moore’s face to attach one to the Dummy and one to myself. I then needed to put some jeans on Patrick, so I used what I already had. It was very insulting to see those jeans look better on the dummy, than they ever did on me. Now I needed the props, I found there was a children’s toy that was a Pottery Wheel, but again the colors were too vibrant. I had a can of gray spray paint from past projects, so I used that to neutralize the Pottery Wheel. The toy already included the clay, which added the perfect amount of clay hand stains that we needed to complete the look. I also downloaded the song Unchained Melody, to my IPod to bring the scene to life which I played over and over again. All in all I spent less than $75 for a costume that you will not find out there in the streets…as you Trick or Treat.

I have a reputation for going overboard on Halloween. When I arrived at work, people were wondering why I looked so plain. I very well could not drive to work, with a dummy attached to my back. Once inside, I started to put it together. I had an audience of people at my desk. They were fascinated. Not only was I playing one character, I was playing two. I was the talk of the office and everyone had to come by my desk to see what I had created. Some even came back a second time with their cameras to capture the skits. The downside I never want to hear Unchained Melody again. After about the fourth time it played, I started to cringe.

The funny part was the skit that I performed with the music playing, video attached. Everyone found it hilarious how I would get into character as I lovingly looked into Sam’s eyes while we swayed side to side.

I would have to say that I did start to panic a little when the Inflatable Doll, was a flop. Once I found the replacement dummy, it was pretty smooth putting it together. I normally start testing these things well in advance of Halloween. I was actually down to the wire, with this fiasco. The other pickle was how to hide my long hair, in the short wig. I found some good advice on YouTube. It said to do two pigtails on each side, criss cross them, tie them on top of the head and pin down. I had a few failed attempts prior to Halloween. Luckily the practice makes perfect, kicked in right when I needed it to. I also tried to petition for my boyfriend to play out the character of Oda Mae Brown, played by Whoopi Goldberg. He unfortunately did not find that to be as amusing as I did. I figured I would just lose that battle, early on.

To me there was no greater thrill than seeing my vision come together. To have so many applaud my talent, and bring smiles to so many. It only means that next year I have to top myself, once again. I can’t wait! 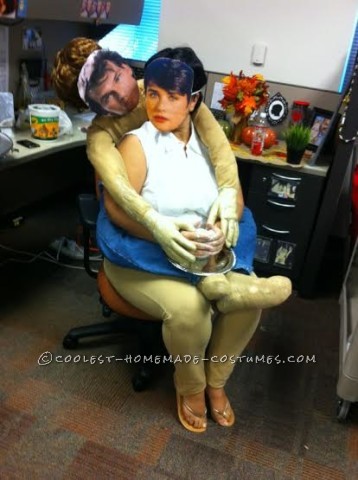 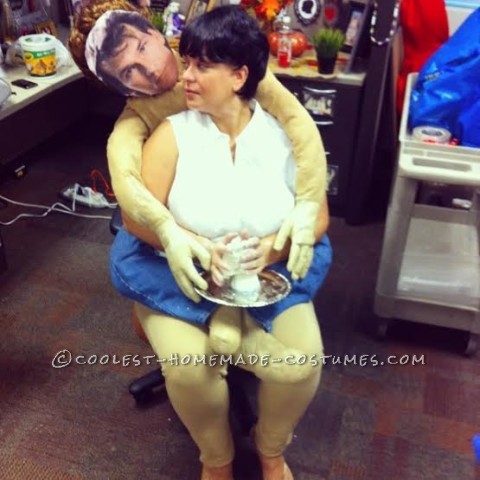 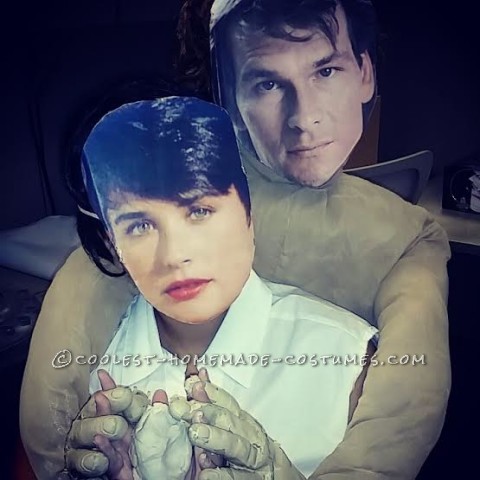 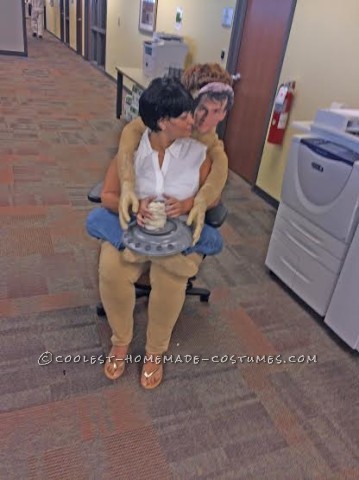