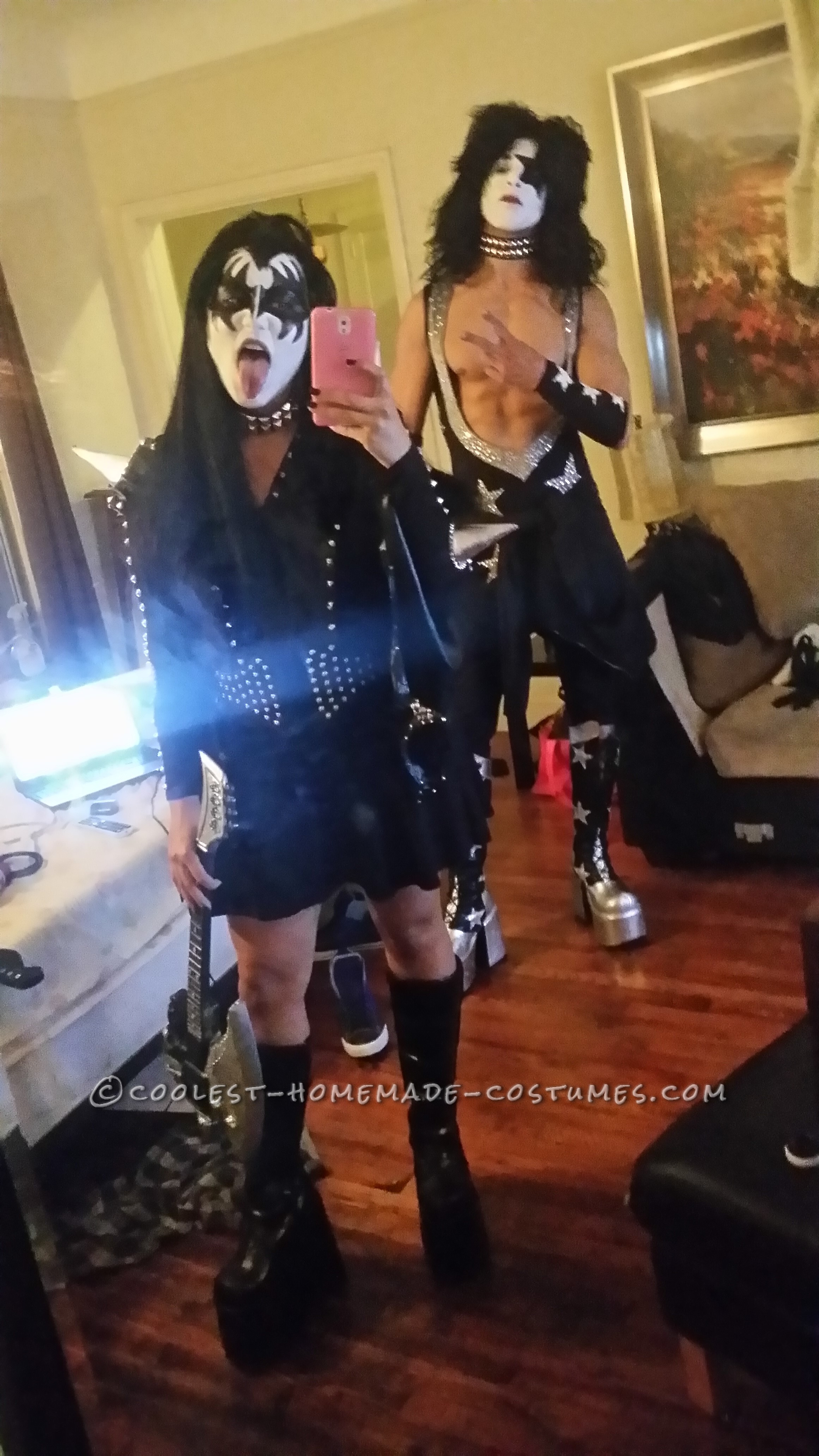 We made these costumes (for Gene Simmons) by using a plain black shirt and putting studs on and sewing the belt. We rolled up cardboard to make the spikes. We spray painted a kid’s toy guitar. I also did the makeup by outline the black then filling it in, then the white. The boots were spray painted black. The bottoms is a simple black skirt. The necklace was a leather strap with studs and a clasp. For the wig I put in a pony tail in the front.

For Paul Stanley, he sewed together fabric and put stars and studs on it. He used cardboard and studs to make the guitar. He cut out a star template in order to do his makeup. His necklace was a piece of leather with studs on it.

We went to the west Hollywood Halloween carnival dressed like this. When we went out we got treated like rock stars. People screamed for us and asked to take pictures and form crowds around us. Wherever we went, people would follow us like we were the real band. It was very fun and it felt good to act like a star for one night. The hardest part was the makeup. For me (gene), the makeup took me an hour and a half to do. It was frustrating because the white kept smudging with the black. Also, throughout the night it was difficult because I couldn’t itch my face, and my hair kept getting in my makeup. This Halloween it rained which was bad for our makeup because it ruined all our hard work and we ended up standing under a building to make sure the rain wouldn’t completely ruin our costume. Overall it was worth it and I would do it again for sure next year! 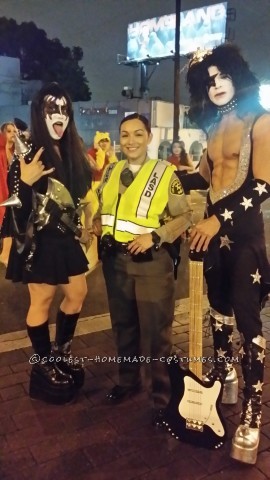