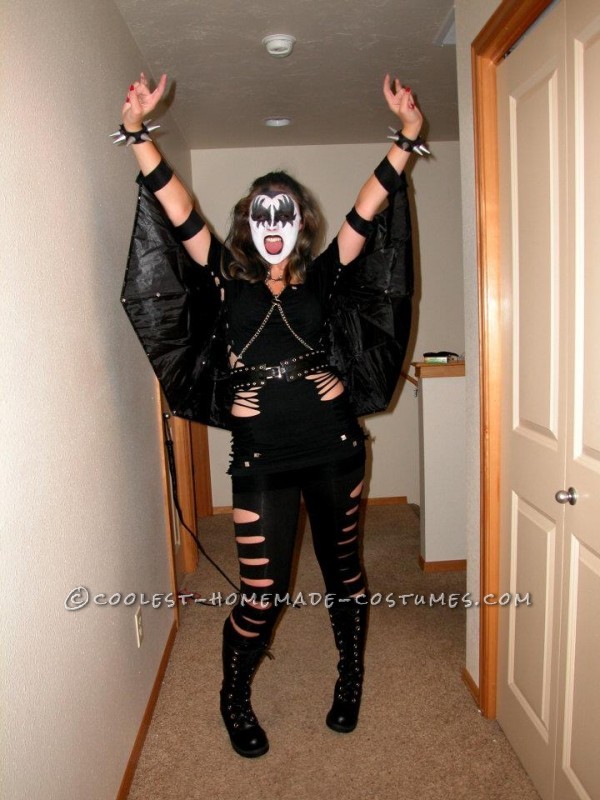 I am a rocker at heart, so when I was trying to decide what to dress as for Halloween, which is undeniably my favorite holiday of the year, I let myself get a little bit inspired by a story from my dad’s childhood. When he was in middle school, he and some of his friends dressed as the band KISS (someone’s mom sewed them all costumes). My father ended up getting a week of detention for spitting gobs of red dye all over the school’s gym floor at the dance. My hero.

To make this rocking KISS Gene Simmons sexy female costume I put in a LOT of hours. I spent less than $30.00. The boots came from a second hand store; black leggings I already had and then I put slits up the sides; The shirt also came from the thrift store, I dug around until I found an XL plain black men’s T-shirt, and then I cut the front and the back apart and created a design of slits that showed in the front and back in order to pizazz it up and show an appropriate amount of skin (Gene’s real outfit has most of his chest bare, but as a lady, I wanted to keep that area covered up a bit.) The belt I lucked out on at a different thrift store; I made the wings out of a $4 umbrella from Walmart. After the outfit was assembled, I went to different craft stores and gathered up different studs, craft foam and silver spraypaint for the large spikes, chains and metal rings (which I used along with a pair of pliers and my imagination to fashion the chain harness which appears in Gene’s outfit in the early to mid 80’s), and my face and hair paint.

The outfit was a big hit at Halloween parties I wore it to, and I even won first place in a guest voted costume contest at one of the events!! 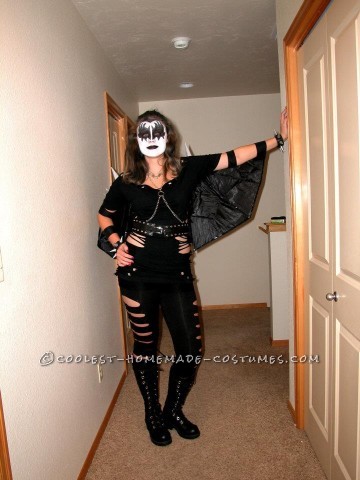 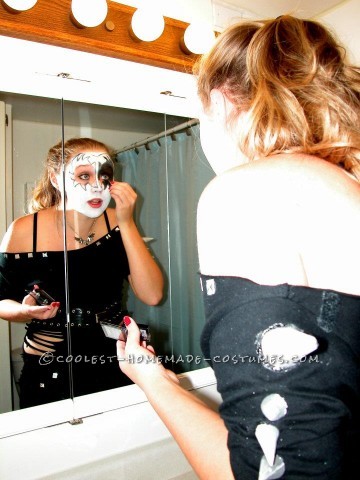