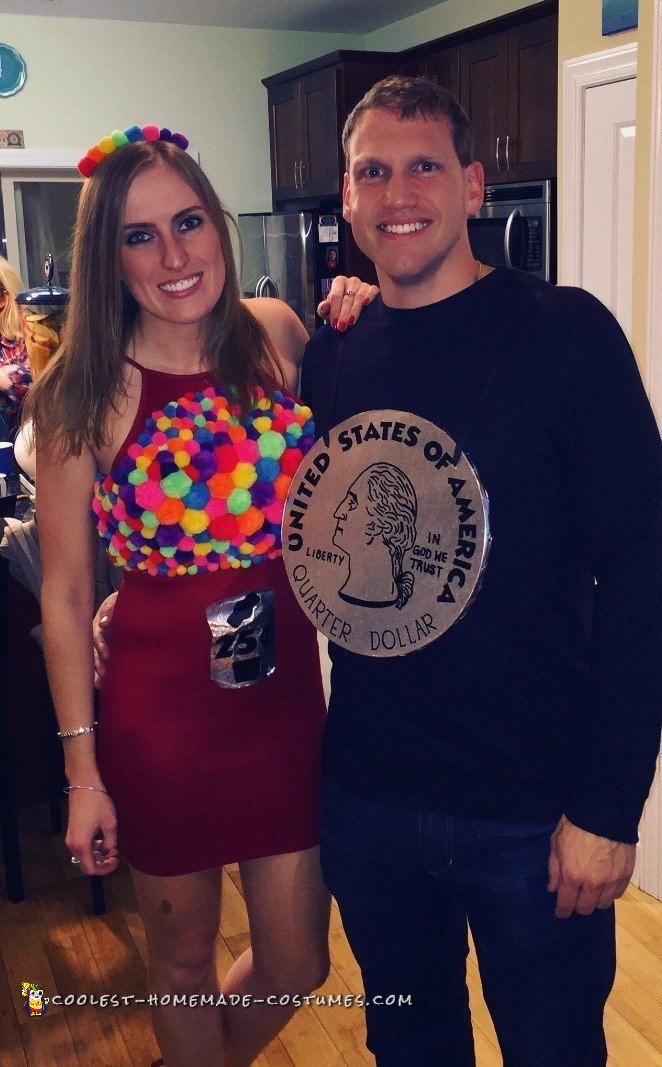 For this gumball machine costume I used:

The first step was to find the perfect dress. This part actually took the longest. I wanted to make the gumball machine as “sexy” as I could, so I tried to find a dress that was high in the front but low in the back. I found the perfect one at Forever 21.

I then looked for pom-poms to decorate the dress. I was not satisfied with the color selection, so I decided to mix several bags together to make the perfect color combination. After that, I laid out the pom-poms to make sure they were placed in the correct spots. I was sure to vary the colors so that they were not next to each other. I also wanted it to look like it was 3D, so I placed the biggest pom-poms in the middle and gradually made them smaller as they went out from the center. It turned out perfectly.

Next, I hot-glued the pom-poms onto the dress, putting a piece of cardboard between the dress first to make sure it didn’t stick together. Gluing the pom-poms on took a significant amount of time, and I used far more pom-poms than anticipated. I then cut out the numbers and shapes on my Cricut scrapbooking machine and cut out the sheet of Duct tape.

For the quarter, I also used the Cricut machine and a paint pen. I printed out a large picture of George Washington from a quarter so that it was easier to trace the outline of his head. I then filled it in by looking at a quarter. I then punched holes in the cake bases in order to put the ribbon through it. It turned out great!

I had some of the best reactions that I have had with a Halloween costume. When I went out to a bar that weekend, people stopped me to tell me how much they loved it and wanted to take pictures of me or with me. It definitely garnered a lot of attention.

When my boyfriend and I were next to each other, we certainly heard a ton of jokes about our Quarter in the Gumball Machine Couple costume. It made me want to wear the costume even longer! 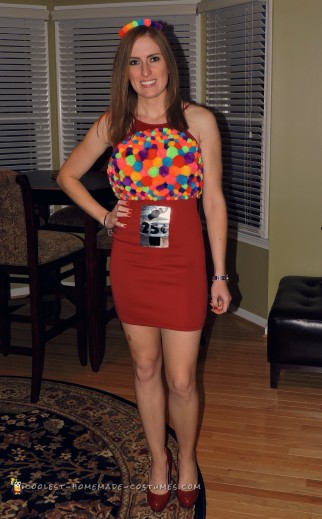