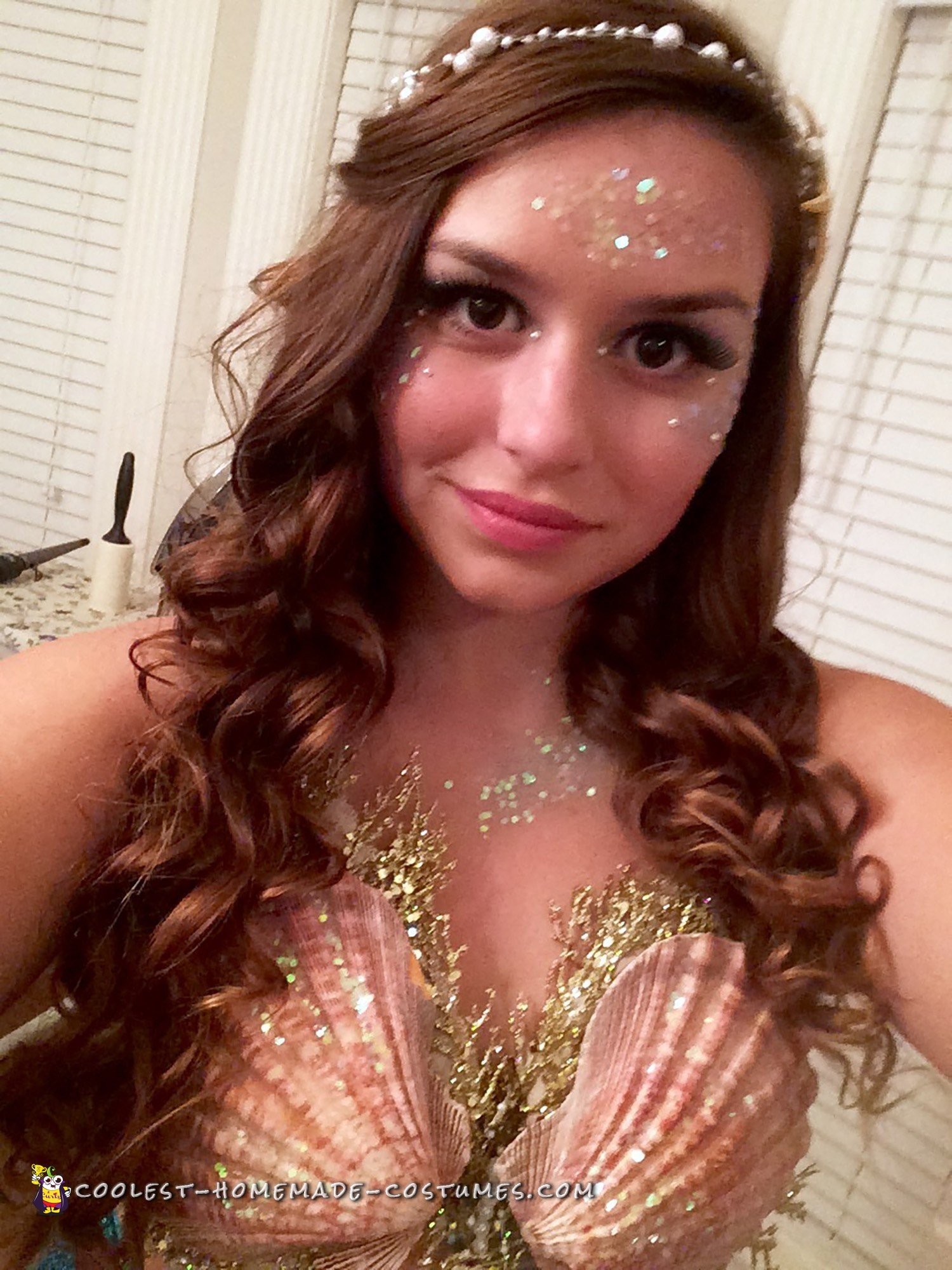 I wanted to be something awesome this Halloween, something I loved and enjoyed dressing up as several times for parties and such. I decided I wanted to go as a Mermaid but did’t like the costumes I was seeing online. I even looked up some patterns to make your own mermaid costume, but they had the fins of the tail dragging in the back, or where you carry them in the front…which looked silly, so I decided to just make a skirt like a mermaid-style gown and it would look close enough.

I went to Joann’s and Hobby Lobby for all the materials of this costume.
From Hobby Lobby: Real starfish, Lionspaw Sea shells, Floral inserts that look like gold coral, a roll of pearls on a string, ribbon, sea shell glue, clear jewelry string.
From Joann’s: Liner Fabric, Teal Sequin Fabric, Teal tulle, Sheer teel sparkly fabric, Hidden zipper, Teal thread, Large teal sequins, small clear iridescent sequins and smaller glitter pieces of the same color, small scrapbooking half/pearls, Wire with pearls on it.
First, I made the mermaid top. I took a cheap nude-colored bra and cut off the shoulder straps and replaced them with pearl-string straps. I cut up the gold coral into separate pieces and hot-glued them onto the bra so they stuck out the top, bottom, and sides. Then, I used the seashell glue to glue the Lionspaw shells onto each side of the bra. When the glue was dry, I took the clear jewelry string and used it as thread and was able to hand-sew the shells onto the bra (for reinforcement) by following the natural grooves of the shell across the entire shell. Then, I put a layer of wet glue into the grooves I just sewed over, and covered the line with clear iridescent glitter. Then I covered the bust strap of the bra with the same fabric I planned on using for the ‘fluke’ of my mermaid tail. Then I began to make my accessories. I used tiny pieces of the faux coral and the real starfish and the wire pearls to make a crown and matching bracelet. Then I started to work on the tail. Since I did not have a pattern, this was pretty difficult. I wanted my costume to look fitted, but the fabric I had was not stretchy, so that complicated things for me even further. I laid the liner on the kitchen floor and had my roommate trace the lower half of my body onto the liner with sharpie and was able to turn that into my pattern. I sewed the liner onto each sequin section of the skirt and then sewed those panels together. Then I cut the back to sew the no-show zipper on. I then took the tulle and pinned small pleats in the top and sewed them into place. Then I pinned the sheer glitter fabric onto the tulle following the same small-pleat method I used on the tulle and sewed those two layers together to make the fluke. Then I sewed the fluke onto the tail. Then, to add extra detail, I took the large teal sequins and glued some on randomly to look like individual overlapping scales. For my makeup, I used a roll-on teal glitter eyeshadow and put it on my eyes, and some random areas of my skin. On my skin, I took eyelash glue and glued individual clear iridescent sequins over the teal glitter to give a scaly effect to my skin. To make the scaly effect seem to fade-out, I used smaller sequins at the edges. I also used scrapbooking half-pearls to decorate my eyes and cheeks to give more of an under-the-sea feel.

People loved my costume. I don’t like to tell people I made things, so when they commented I would just say “thank you” and my roommates or whoever I was with would say “She made it herself!” and people’s jaws would drop or they would start telling me how amazing it was. Parents stopped me to see if I would take a picture with their kids, the kids would just stand there staring and tell me I was a pretty mermaid and asking me what my mermaid name was. It was so much fun to wear this for two weekends in a row… I think Im even going to wear it to the Ren Fest because I love it so much.

My costume was 100% handmade. I even made my own pattern- which was myself. This costume took me 3 weeks to complete (of course, not all at once, I had to take breaks and go to school of course!). 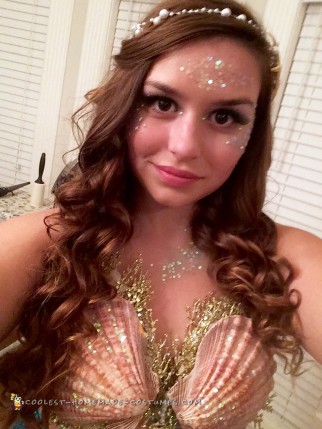 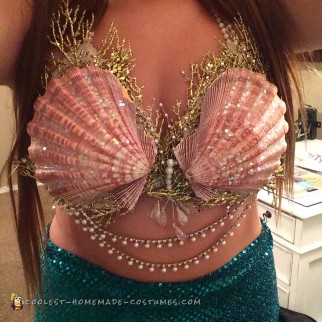 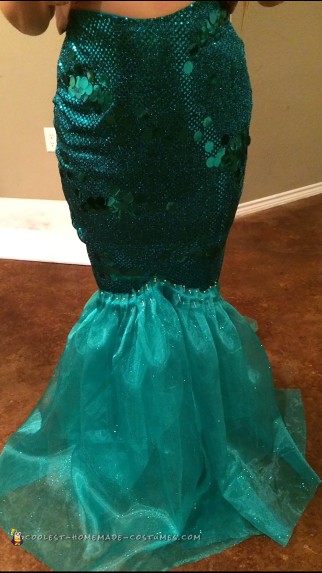 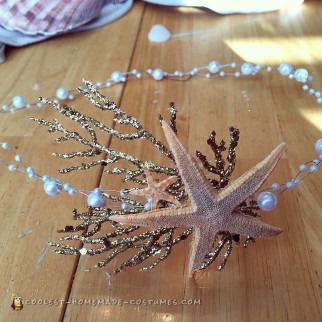