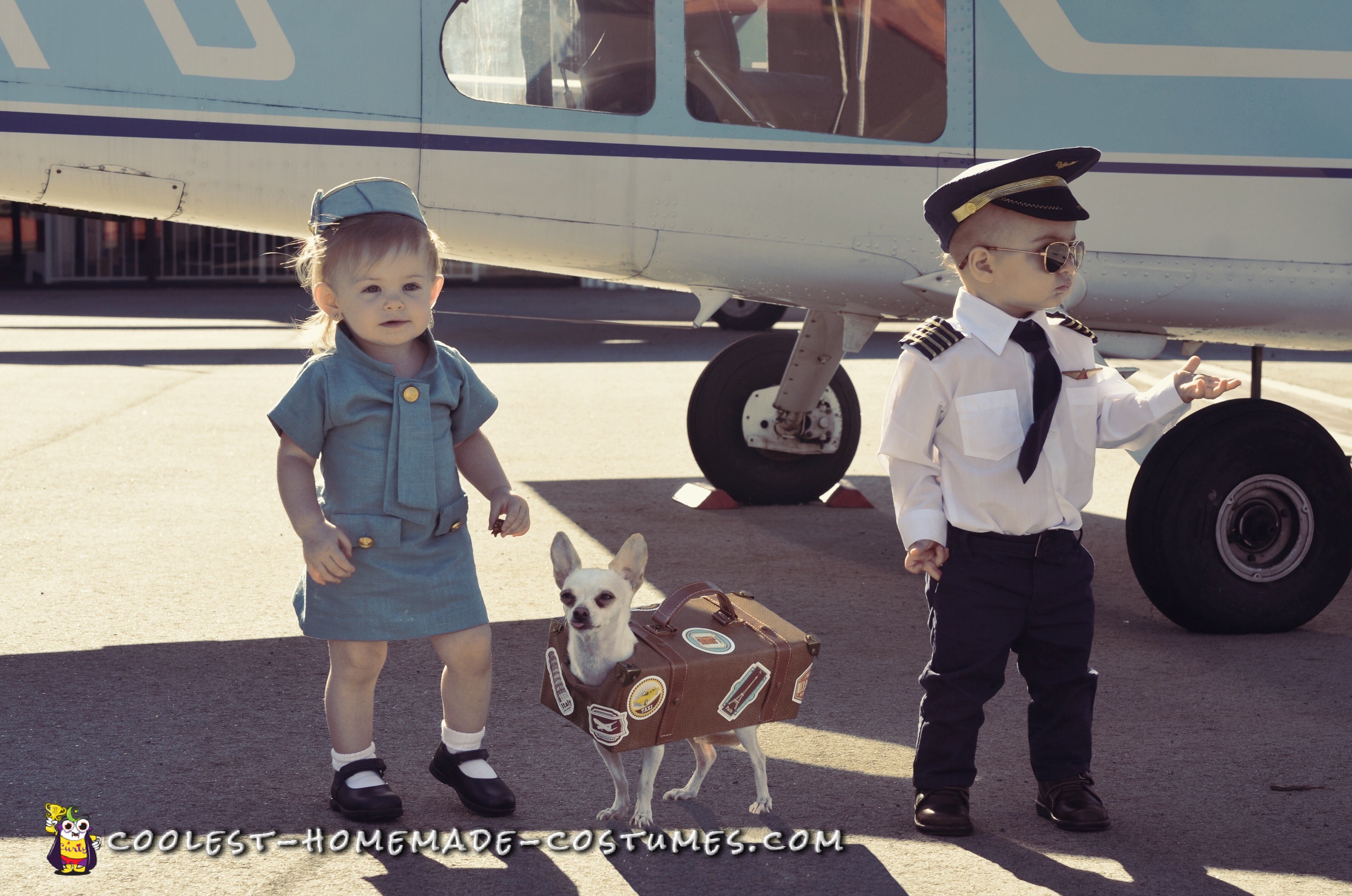 My husband and I wanted to do a costume for our 15 month old twins that would compliment each other. We wanted something creative and also not too child like.  We realize we have only a couple of years before they have their own opinions and want to be dressed up as a superhero or star wars (nothing wrong with that, btw).   We love the Mad Men show so we thought something of that time.  The hippie look has been too used so we thought of a stewardess and pilot.  How much more charming can you get than that!  Then we had our 5 pound chihuahua, she could be the luggage!!

I don’t have much sewing experience and do not own a sewing machine.  I was convinced I could find a dress for my daughter that would match the Pan Am colors, I was so wrong!  I had to go buy fabric and make everything from scratch!  I literally had absolutely no experience sewing, so much so that my husband asked if I had a back up plan when I told him I was making their costume from scratch.

The good thing is that I started about a month and a half before Halloween, so I had time to order things from eBay, like the airline pins, the sunglasses for my son (he destroyed the first pair, so we got a second one in time), etc.  The hat for my daughter was a challenge, but a plastic plate from a small planter worked!  I cut the edges and glued the fabric.  It worked amazing!

Something funny was that once I was done with the dress, I was mirroring a dress my daughter had but a bit more fitted, I realized that once the head got in, I couldn’t get the arms!  So I had to cut the back in half and stick a zipper to it, that worked.

The luggage for my chihuahua is a shoe box, with glued leather like fabric and some old belts.  She did great with it!  We added a Velcro at the bottom between her front and back legs when she walked  the box would stay in place. 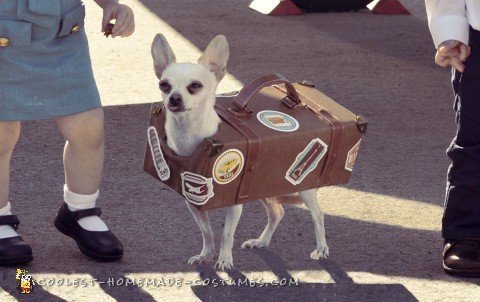 We also went to the Santa Monica Airport to take some pictures by the plane, while doing that people started stopping, people that were driving their cars, and asking if they could take pictures.  One person suggested we enter a contest, I didn’t think anything about it until I posted a couple of pictures on Facebook, then everyone said I should enter a contest, so here I am.

Thanks for your consideration.  This is Jasmine, Dylan and Olive (our chihuahua!)

Coolest Half Him and Half Her Costume