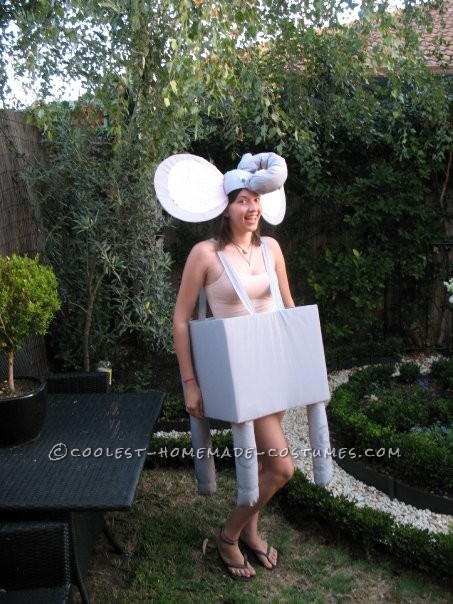 This elephant costume was the first costume I ever made. I dived in and started, having no idea what I was doing! I love elephants, and I had the box idea from primary school when we made cars out of a box, and a helmet out of paper mache. So I paper mached half of a balloon for the head, used cardboard for the ears and body.

I covered everything in grey material, and then started on the legs and trunk, using toy stuffing. It probably wouldn’t have taken so long had I organised and planned it all! I came into a few problems with the head, I had to make sure it was balanced so it would stay on my head, and had to make sure the big ears wouldn’t break off. The body was pretty straight forward, I just had to use a lot of glue to keep the legs secured! Everyone loved my costume at the party I went to, it stood out amongst the stock standard devils, angels, bunnies and princesses! Not a bad effort for my first costume!! 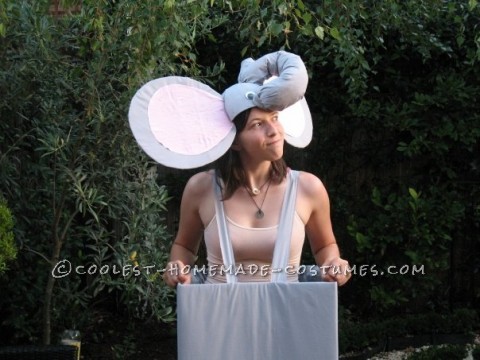 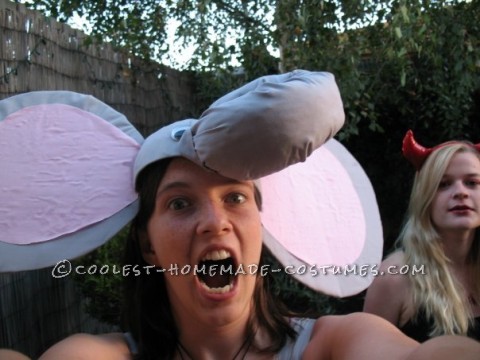