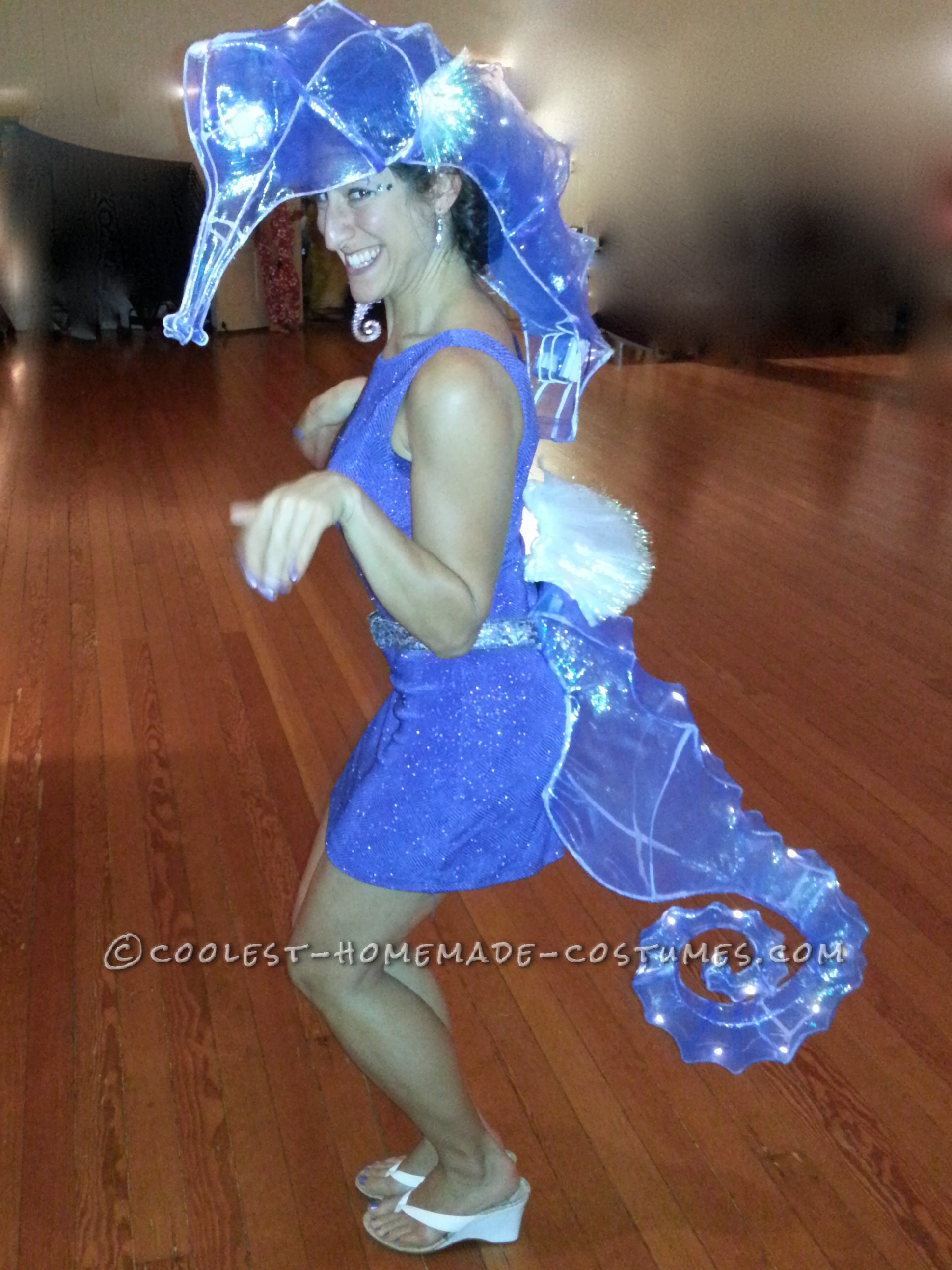 An ode to these mystical creatures of the sea, this costume is an anatomically correct one-of-a-kind, original creation that I invented after an inspiring visit to an aquarium. I learned many fascinating things about seahorses in my journey to create the most realistic representation possible, which proved to only add to the fun. The costume creation was a labor of love of countless hours of working on the floor with spools of unruly wire and standing in front of a mirror trying to envision it as it took shape. Since it’s creation, I have been the proud winner of no less than four local contests and anticipate many more years of wear!

In the design and creation phase I learned an incredible amount of interesting facts about seahorses. They are unusual in that the male becomes pregnant and carries the babies to term, and seahorse hearts are located in their heads, just behind their gills. Not only do they share the tasks of creating a family in unconventional ways, but I like to imagine that they think with their hearts, not their brains. After I finished the costume, a close friend illuminated the fact that seahorses are also all deaf. This was an especially exciting coincidence because I happen to be a Sign Language interpreter!

The construction involved using materials mostly found in the local hardware store topped with fabrics and embellishments. I first created a lifelike wire frame (using more than 50 feet of wire!), attached battery powered LED light strings (one for each of the two pieces), topped it all with several yards of different fabrics using glue, then embellished with sequins. The dress, belt and shoes were thrift store finds. I was careful to keep it lightweight, comfortable, and great for dancing in so I could enjoy a full night of fun. The tails bobs as you move and creates that signature seahorse “swim”. The lights were added to be reminiscent of the sparkle that is created as the sunlight streams deep into the ocean where seahorses live and give it that extra pop when the sun goes down.

This costume has gotten great reception at the events I have worn it to. One woman walked right up to the costume and speechlessly bowed to it, but most people light up in delight as they figure out what it is. I quickly learned what it must be like to be famous and pose in countless photos for passersby. The day after Halloween, people I had  never met were shouting “Seahorse Girl!” in the grocery store! As a big fan of this crafty holiday, I have been strict about creating a new costume every year, but the seahorse brings such smiles to people’s faces and has already won the four contests I have entered, so I  think this will be the costume I keep coming back to. One day I’d love to see it worn by a pregnant woman so their belly can complete the perfect seahorse shape! 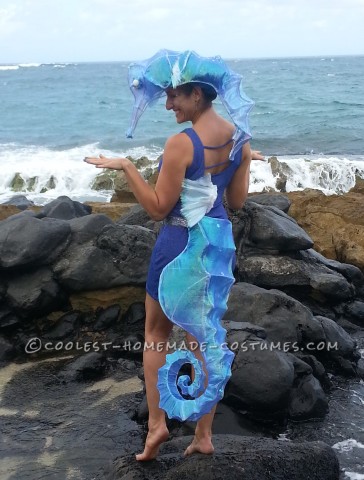 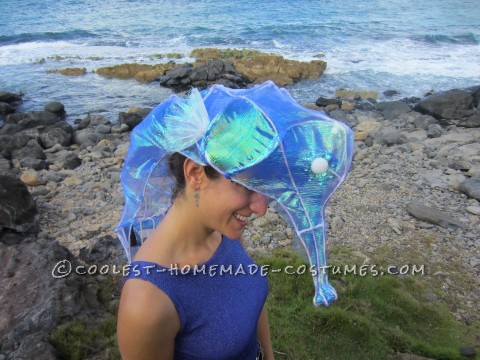 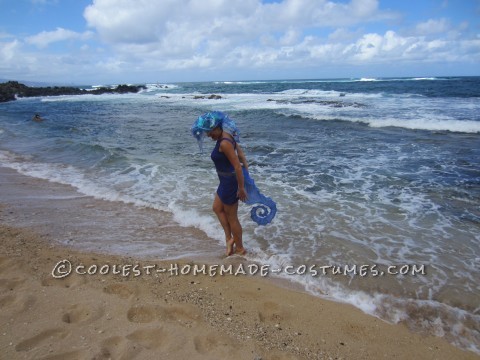 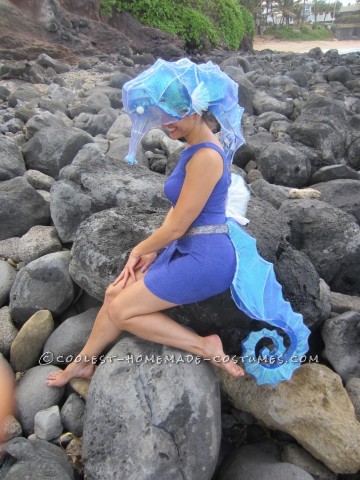 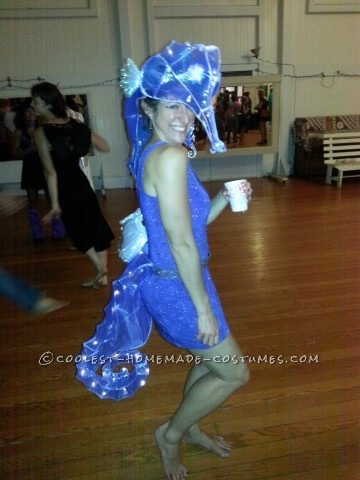