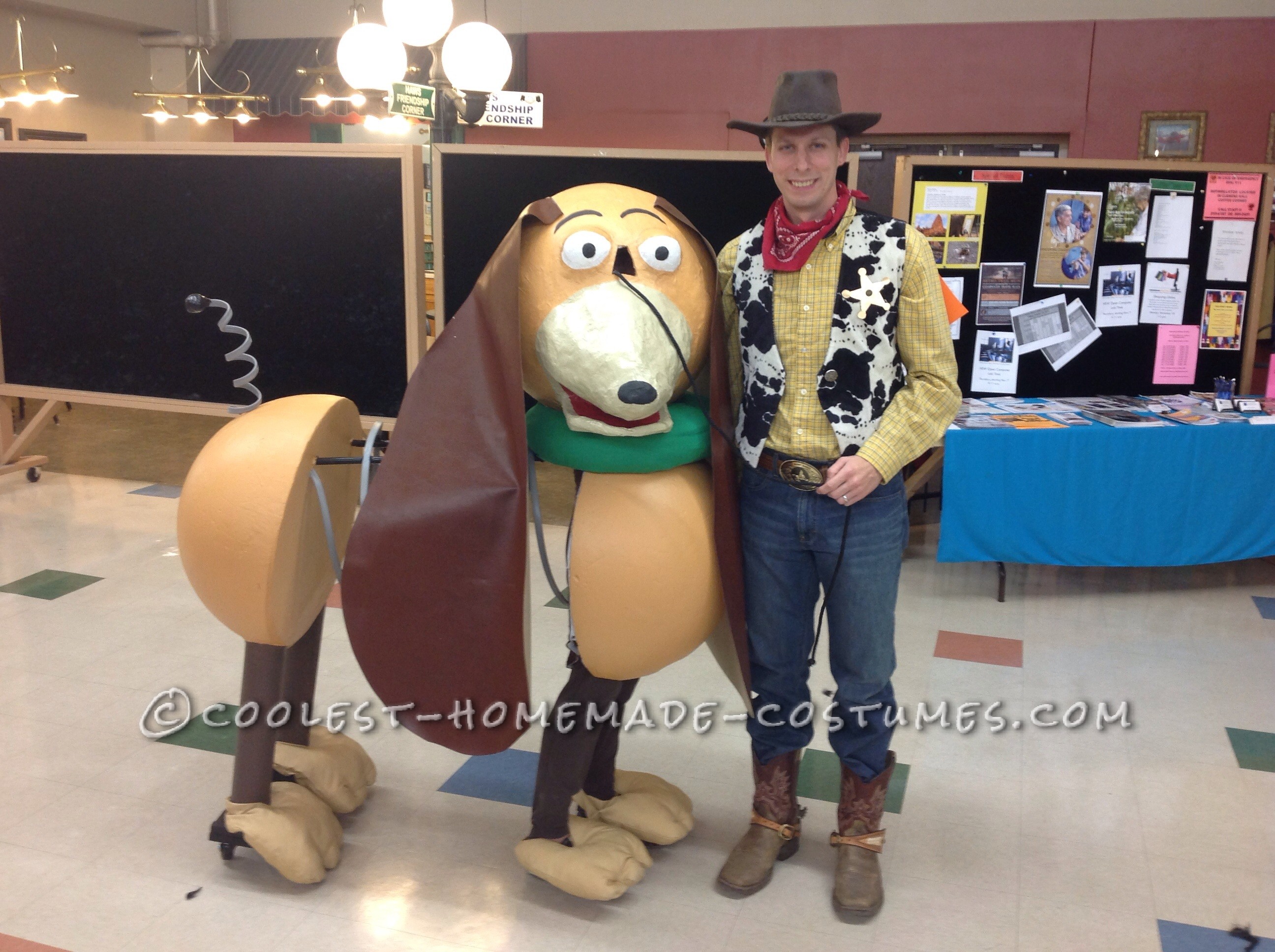 Here is Woody and Slinky Dog from the infamous Toy Story series!

We stole the show at both of the costume contests we attended- winning first prize each time. The head was made by covering a yoga workout ball with (hundreds of strips of) paper mâché and then painted. The mouth was tricky. We took an empty box of cereal and formed a mold of sorts using masking tape. The snout was made of more paper mâché. The eyes were made by cutting an old softball in half and attaching with- you guessed it- more paper mâché!

The collar was a simple sewing project with pillow stuffing. The back side and front of Slinky was a large Styrofoam ball cut in half. The back was covered by cardboard and the front by fabric held to the body with Velcro. The ears are made of naugahyde and the elongated body of left over coiled electrical wire from our garage and ½” steel pipe. The back legs stand on 2 heavy duty cardboard tubes fastened onto a leftover pine board with drywall screws. Four casters are mounted to the bottom to easily roll across the floor.

All the paint was free because it came from a community exchange/recycling facility.

There isn’t much magic to Woody- the vest was found at a thrift store for $1.99 as well as the yellow shirt for $5. The hat, boots, belt/buckle were borrowed from a friend.

All together, we spent less than $20. 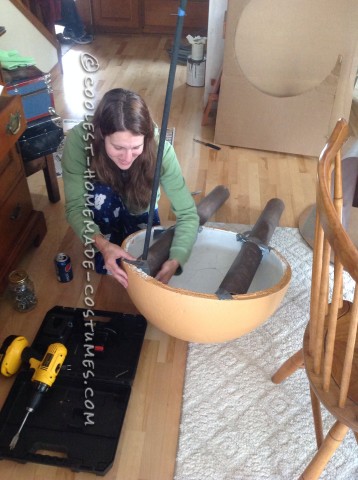