I have never had a store-bought costume in my life.  My mom always made my costumes when I was younger and since then, I’ve crafted my own, sometimes still with some maternal help.  My junior year of college, some of my friends wanted to do a group costume.  One had bought a cheap kid-sized Buzz Lightyear costume and cut it up to fit her (she’s not kid-size).  It was decided – we would do a Toy Story theme!

We already had a Buzz, the other girl wanted to be Bo-Peep, and the guy of the group had to be Woody.  So, I had to pick a secondary character.  I decided on Slinky-Dog, one of my favorites.  Then came the costume assembly.

Woody wore a yellow checkered shirt and jeans.  We found him a cowboy hat and bandanna and he supplied the holster.  Then we found a white vest at the thrift store and cut out cow spots from felt to glue on it.

Bo-Peep found a pink long skirt and white apron at the thrift store.  She wore a pink tank top and pink bandanna   To finish off the look, we attacked a stick to a “pimp cane” and covered it in blue paper and gave her a little stuffed sheep.

Mine was the most involved and most fun.  I picked up a brown velour tracksuit for the base.  I borrowed some brown Uggs.  I put my hair in pigtails and looped them half through to make ears.  A little black lipstick on the nose – I was a dog.  But I wasn’t Slinky-Dog.  For the slinky part, I got coil wire that my parents happened to have.  I wrapped it around my body, which took forever.  Then I cut it to make the tail.  I wrapped it to make the coils progressively tighter until I thought it was long enough.  Then I made a ball from duct tape and attached that to the end of the tail.  The collar was the next finishing touch.  I took duct tape and folded the sticky sides together.  I colored it green with face paint and made it into a collar.  Then I attached a yellow paper “tag” with Slinky’s name on one side and picture on the other side.

The costume was a success!  We got compliments all night and ended up winning the group costume contest.  People loved the group idea, the fact that we put it all together ourselves, and they especially loved the creativity.  I was very proud of the outcome too.  I’ll certainly stand by it – homemade is always best. 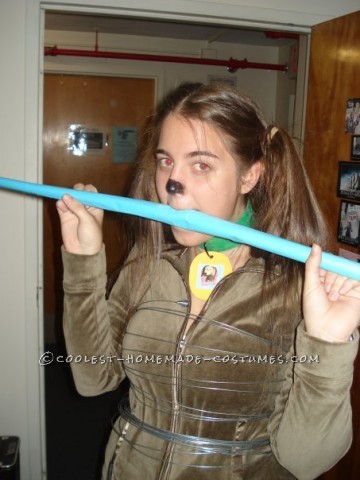 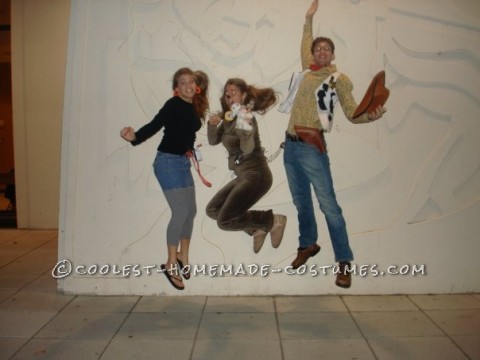 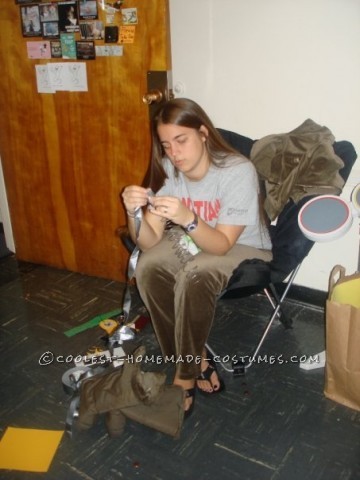 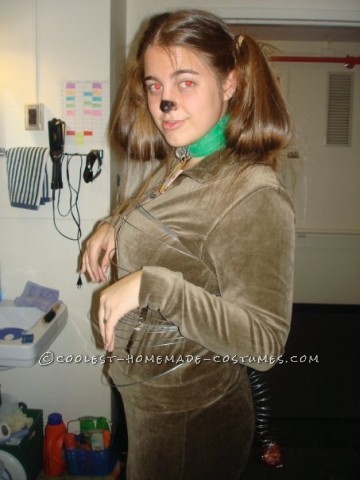 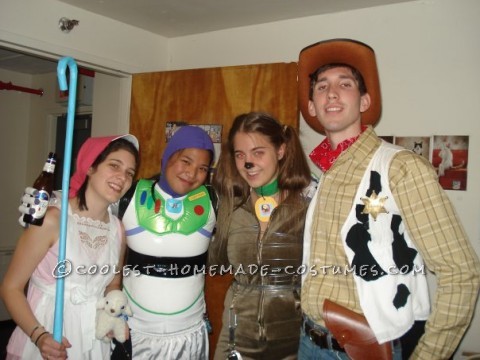